The Portland Winterhawks have put a lot of expectations on Cody Glass and thus far have been richly rewarded. Late in the 2015-16 season, Dominic Turgeon was injured, catapulting young Glass to the top line in a first-round matchup with the Everett Silvertips.  Just 16-years-old, Glass took the challenge on and played well overall despite the four-game sweep. But it was a big lesson getting a first-hand look at the expectations placed on a top center in the WHL.

Those experiences were the foundation of an impressive campaign with returning bench boss Mike Johnston. Glass was the top center all season for the Winterhawks and as the season progressed, so did the refinement of his skills. He is more of a playmaking center but has the size that NHL teams will look for, even if he needs a few seasons to pack on muscle to his 6’2″ frame.

Outside of the physical elements, the skills Glass brings to the table are impressive. He has excellent vision and offensive creativity and can thread a pass to the crease, dangle the puck to attract defenders and find the open winger for the shot on goal. Glass’ skating is a bit awkward, but he has good speed and rarely gets beat. It is easy to see, with some work, Glass being one of the quicker skaters on his NHL team. He should have potted even more goals during his Sophomore season. Glass is a pass-first center but has a dangerous shot that is not uncorked as often as it could or should be. That said, his playmaking skills are excellent, so it’s a minor quibble that he likely grows out of with further seasoning in the WHL.

Glass projects to a top-six complete center at the next level with first line upside. He is an incredibly smart player that any coach will have no issue deploying in all situations.

“Our game is about hockey IQ. [Players] have to read the play, see the play. He makes a lot of plays out there on the ice. He takes control of the game. But he’s also good defensively, and he’s killing penalties for us now. A big center like that is going to be a core part of our program for a couple of years before he goes to the NHL. That’s a valuable piece to have.” – Portland Winterhawks head coach Mike Johnston

“Great vision and feel for ice. His game has risen all season long as he’s come from way back of the pack to a top-five position here. Does a really good job creating open spaces for his line.” – Jeff Marek

“I think I play a good, strong, two-way game, and I think I use my vision really well, finding my teammates, and a good pass-first kind of guy. So I think if scouts see that, they’ll see that I’m a good playmaker. Coach Johnston really pushes us in the defensive zone, more defense first and then offense. So, that’s something I try to take pride in” – Cody Glass

With some added muscle to go with his pro frame coupled with excellent playmaking ability, Glass has top-six upside in the NHL. 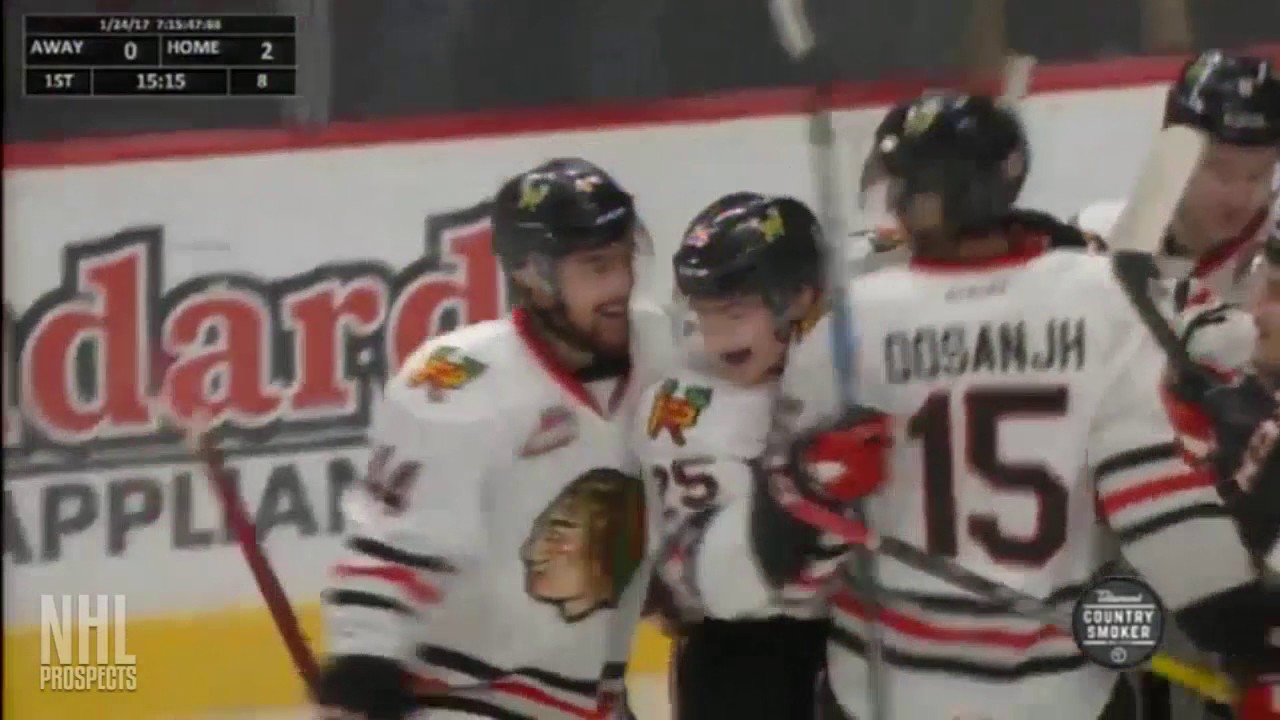