The NHL Draft is a very difficult event to analyze. Everybody talks about the first round selections and their potential for making immediate impacts, but from that point on it’s almost impossible to predict what will happen with players. There is such a wide range of things that could happen with any player drafted, it often takes years before people realize what a steal certain players were. Here are some of the best draft steals in Colorado Avalanche history.

I’ll start this with two honorable mentions from the Quebec Nordiques days. They are great steals but technically aren’t a part of the Avalanche picks while still being a big part of the Avalanche franchise as players. Milan Hejduk and Chris Drury were both huge parts of the 2001 Stanley Cup Championship. Drury was traded in what was one of the worst trades the Avalanche ever made, and Hejduk played every game of his NHL career for the Avalanche. Drury was selected in the third round of the 1994 draft (72nd overall) and Hejduk was taken in the fourth round of the same year (87th overall). Both were absolute steals.

Dan Hinote is one of the most underrated players the Avalanche have ever had. Hinote was an incredibly effective bottom six player that agitated the living daylights out of opponents. His engine knew only one speed: All out. His career numbers certainly weren’t anything special, but he found his way into a lot of big goals in Colorado Avalanche history. He made a particularly large impact in the 2001 Stanley Cup Finals series against the New Jersey Devils.

Hinote was selected in the seventh round of the 1996 Draft, 167th overall. His contributions to a championship team certainly qualify him as a steal.

Similar to Hinote, Ville Niemenen played a strong role in the bottom six of the Avalanche as they made their run for the 2001 Stanley Cup. Nieminen’s game was not big on flash, but had a definite emphasis on the crash. He was a tenacious and hard-hitting forechecker that finished his checks no matter what. He engine was also always set to its highest setting and he never took a shift off. Nieminen has since become a bit of a journeyman throughout European hockey leagues, but he definitely made an impact in burgundy and blue. Nieminen was selected in the third round of the 1997 Draft, 78th overall.

John-Michael Liles was a mainstay on the Avalanche blue line for several years in the early 2000s. He’s never been a very big player, but he gave the Avalanche that offensive defenseman that could have a positive impact on games. His defense wasn’t always great, but definitely improved over his time with the Avalanche. He also cracked the 40 point mark three different times in the seven years he played for the Avalanche. Liles had a very strong run with the Avalanche and definitely qualifies as a steal. Liles was selected in the fifth round of the 2000 Draft, 159th overall. 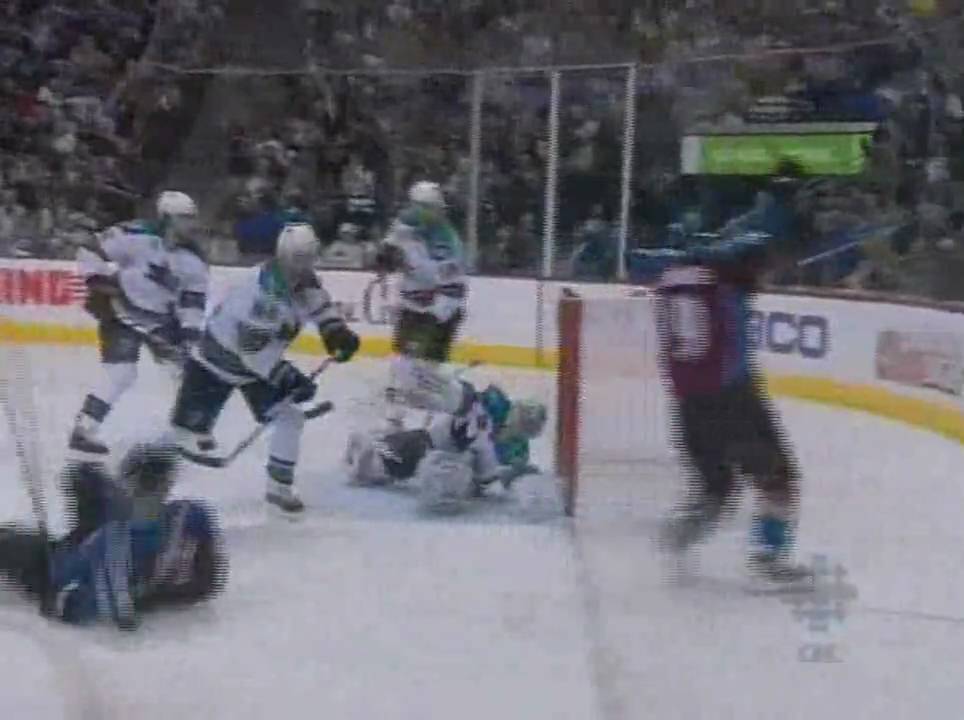 Marek Svatos had an interesting time with the Avalanche. He battles injury for a little bit, but also put up a couple of pretty darn good offensive seasons, including a 30 goal season in his rookie year of 2005-2006. Lots of fans around the Avalanche still remember Svatos and his impressive puck skills. Even though he wasn’t able to have a long run with the Avalanche, he was a productive player taken very late in his drat season. Svatos was drafted in the seventh round of the 2001 Draft, 227th overall. Despite his inconsistencies and injury troubles, he was a steal.

Paul Stastny made quite a name for himself while he was in Denver. Three of his first four seasons in an Avalanche jersey, he had 70 points. While his numbers fell off a bit as the team fell off a cliff, he was always amongst the top scorers on the team and made the people around him better. Stastny was treated very unfairly by Avalanche fans, especially after he signed his big contract in Denver. Suddenly being one of the team’s leading scorers every season wasn’t enough and both fans and local media devoured him. It wouldn’t surprise me if this was part of his decision to later leave the Avalanche after the 2013-2014 season. At any rate, Stastny was drafted in the second round of the 2005 Draft, 44th overall. He put up first round numbers and was a definite steal.

Tyson Barrie is the best offensive defenseman that the Avalanche have had on their team since John-Michael Liles was traded. Barrie has been putting his name up there with the top defenders in Avalanche history, from a points perspective, the past couple of seasons. With his 54 point outing in 2014-2015, Barrie is now up with the likes of Rob Blake, Sandis Ozolinsh, and Ray Bourque for Avs defenders to crack 50 points. For his career, he has scores 153 points in 264 games; not too shabby for a blue liner. Barrie now finds himself in the middle of trade rumors, but it still doesn’t make any sense for the Avalanche to trade a guy who is just coming into the prime of his career and has already shown that he can be a 50 point every season defenseman. Barrie was selected in the third round of the 2009 Draft, 64th overall. A definite steal.