Continuing with our series of player grades, it is time to shift to the portion of the Colorado Avalanche that has earned the most criticism, the defense. This has been the Achilles heel for far too long and remains that part that the Avalanche can’t figure out.

To see the grades for the Avalanche forwards, click here.

There are two Tyson Barrie’s on this team. The one who can change a game with his ability to jump into the play and puts up points seemingly at will; then there is the Tyson Barrie who tries to force things, turns the puck over a lot, doesn’t move his feet in the defensive zone and gets dominated physically. We saw both of these Tyson Barrie’s this season as he, once again, led Avalanche defensemen in scoring while also leading the Avalanche defense in giveaways. At one point, I was convinced Barrie was going to get a huge payday, now I’m not so sure.

Francois Beauchemin had a pretty solid season for the Avalanche but wore down a bit towards the end of the season. It just seemed that his legs began to give out a bit towards the end of the year as a result of the massive amount of ice time he was receiving every night. To his credit, he played all 82 games and led the team in blocked shots, but the 25 minutes of ice time every night was a bit much for him. He’s still a serviceable defenseman, but Patrick Roy and the coaching staff needs to do a better job minding his ice time. Beauchemin did match his career highs in assists (26) and points (34) this season, which helps boost his grade a bit. I would expect his role to diminish in the coming years as the younger defenders begin to come into the roster.

Erik Johnson also struggled with some consistency throughout the year. Part of this was due to the fact that he, once again, had to deal with a leg injury in the middle of the year. After missing several games, it took him some time to get his legs and confidence back. Johnson had another strong season from a goal-scoring standpoint (11) and generally can be counted on to be one of the players who brings his best effort every night. He is a leader on the team, as well, frequently pointing to himself and his need to be better for the team. You can see how much he cares about performing for the team because there are several times where he tries to do too much by himself. He can be better and will need to be going forward.

Nick Holden is exactly why people should be careful when they attempt to use plus/minus as a means of player assessment. Holden finished the season -1, while his defensive partner for most of the season, Tyson Barrie, was -16. This does not mean he was a better defenseman than Barrie this season, by any stretch of the imagination. Holden definitely seemed to have upped his game early in the year, but fell off in a bad way in the middle of the year. He was a consistent physical presence but his passing is awful. If the NHL kept a stat on players who created the most icings for their own team, Holden might be your league-leader in that category. Holden is a player that will see his role diminish, if not disappear entirely, next season.

Chris Bigras saw his first NHL action this season and showed some real promise. He did have a few struggles towards the end of the season but show me an Avalanche player that didn’t struggle in that final push. He’s a young player that is going to have some growing pains, but he needs to be allowed to experience them. Bigras is the type of player that will get better as a result of them. He gets a passing grade.

Zadorov spent the majority of the 2015-2016 season in the AHL but did show some promise in the time he got in the NHL. Zadorov’s biggest area of need is maturity, which will come the more he gets to play. He had some excellent showings while paired with Francois Beauchemin during Erik Johnson’s absence due to injury. Zadorov also displayed his physical game several times throughout the season and just needs more time in the NHL to grow, something Roy and Sakic have said he will get next season. 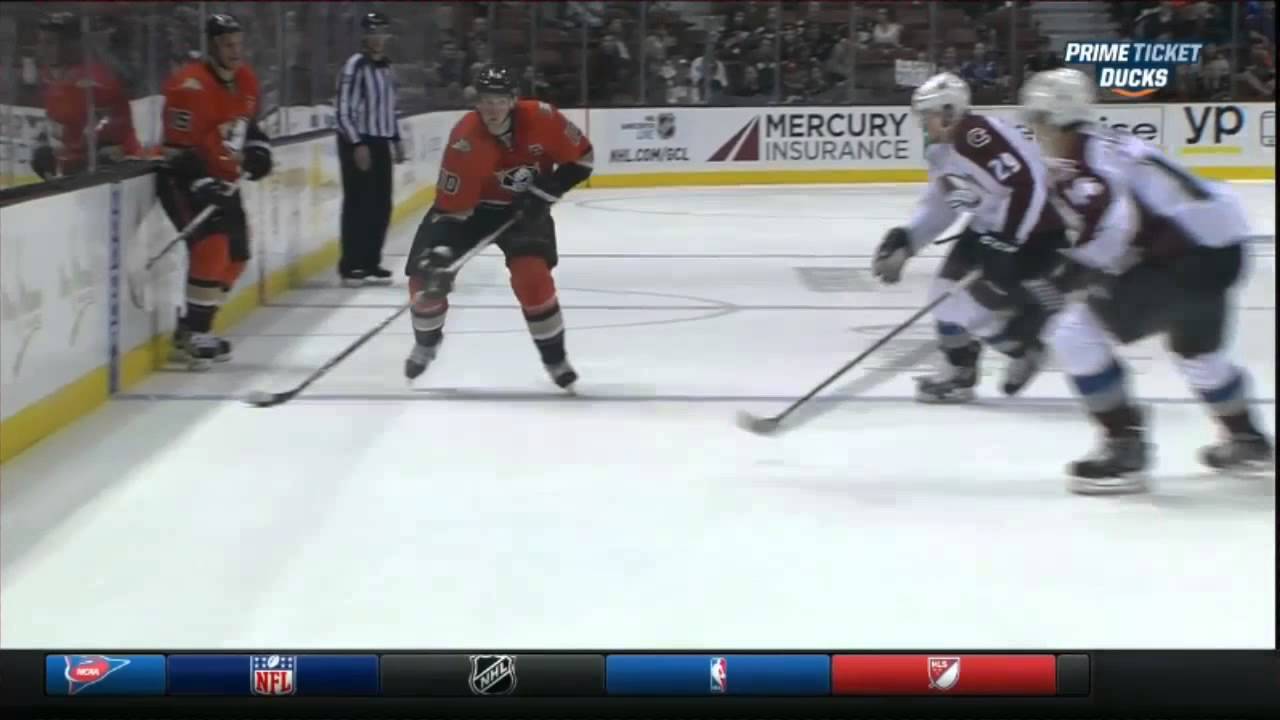 Nate Guenin had a tough season, this year. The turnover-prone defenseman simply couldn’t give enough reason to keep him in the lineup anymore. After rotating in the healthy-scratch wheel, he was sent down to San Antonio and was never recalled. Don’t expect him to be back next year.

Another cautionary tale of the dreaded plus/minus assessment. Redmond was +5 for the Avalanche at the end of the year but was another cog in the inconsistent wheel of Avalanche defense. He is one of the better puck-movers on the team, but he’s very questionable in his own end at times and just couldn’t stick with the big team after a few stints down in the AHL.

The includes Andrew Bodnarchuk, Brad Stuart, Brandon Gormley and Eric Gelinas. Stuart and Gelinas were both injured before any real opinion could be formed for them, Bodnarchuk was a waiver pickup that spent most of the time as a healthy scratch, and Brandon Gormley was sent to the minors after a slow start to the season. All in all, a very disappointing year for the entire collection of defenders on the Colorado Avalanche.