Blue Jackets’ Pressure Points rolls into the month of August by asking a very important question. Who will replace William Karlsson in the lineup?

This story doesn’t get enough attention. If the Blue Jackets want to build off the success they had last year, they must find the right player to replace Karlsson. The things that Karlsson did never jumped off the screen at you. However, his solid play throughout the season helped stabilize the bottom-six.

Flashback to just a couple of seasons ago. Remember the 2013-14 team? Remember the two players who helped stabilize the bottom-six? Mark Letestu and Derek MacKenzie each played well that season. They gave the Blue Jackets different ways to beat you.

The Blue Jackets elected to bring Gregory Campbell in to play center. That decision didn’t work out so well. The team waived Campbell early in the 2016-17 season to terminate his contract after he didn’t report to AHL Cleveland. As it turned out, he didn’t want to take a spot from a young player. That was a nice gesture by Campbell. Yet the team still needed to fill the hole he left.

Karlsson took the reigns of third-line center and played well, especially later in the season. Rookie Lukas Sedlak then got his opportunity and stepped into Campbell’s spot on the fourth line. After some adjustment, Sedlak found his groove and eventually earned more ice time. Sedlak’s play got coach John Tortorella’s attention. Tortorella admitted in a recent interview that the team missed Sedlak in the playoff series against the Pittsburgh Penguins. That’s high praise for a rookie playing one of the hardest positions in the league. 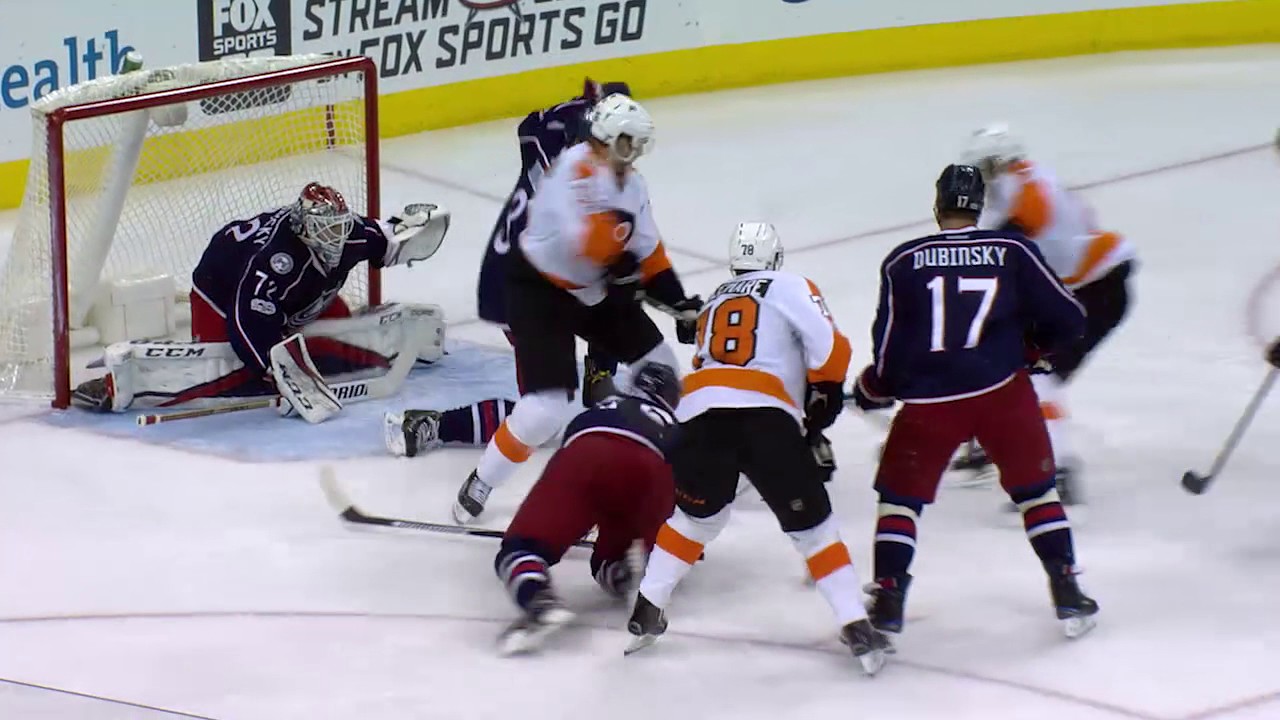 The good news is the team has different options available to them. We will outline those options here. Regardless which direction the team goes, they must get this one right. Given the losses of players like Scott Hartnell and Brandon Saad, the Blue Jackets need the right player in Karlsson’s spot, especially given their impact at 5-on-5.

Who Could Replace William Karlsson?

Given Tortorella’s recent comments about Sedlak, would the Blue Jackets consider giving him a chance on the third line? It’s certainly possible. Sedlak enjoyed good moments throughout the season at center. Is he ready for more ice time? Given his performance, confidence and familiarity of the system, the opportunity is there. It really depends if this next player is ready.

We recently outlined Dubois’ journey. He has a golden opportunity to not only make this team, but to assume Karlsson’s position. But can he make the jump from juniors to the NHL at one of the hardest positions? All eyes will focus on him once camp starts. Ideally the team wants Dubois to take the next step and earn his spot this season. You have to wonder if this was part of the reason that the Blue Jackets agreed to trade Karlsson in that deal with Vegas. If he’s not ready, the Blue Jackets won’t rush him.

With the Blue Jackets thin at center ice, Pierre-Luc Dubois seizing the opportunity is the best-case scenario. #CBJ https://t.co/mIMoR6UVcZ

I list them here because each could play center if needed. That depends on who else makes the team. Imagine a scenario if either Dubois or Sonny Milano make the team as a winger. Foligno or Jenner then could play in the middle to allow the younger players to play the wing. Personally, Foligno and Jenner are better on the wing given the type of game they play. But if needed, each could play center and are familiar with the systems in place.

The Blue Jackets could choose to dip into free agency to find someone. A player like Daniel Winnik could fit this bill. I do think the team’s preference is to stay in-house, but if Dubois is not ready and others struggle, it wouldn’t cost much to bring in a player like Winnik. You have to keep all options open, especially if injury strikes.

So What Will Happen?

I believe the two most likely scenarios are Dubois and Sedlak. If Dubois does well enough at camp, expect him to replace Karlsson. If he’s not ready and goes back to junior, then I could see Sedlak as Karlsson’s replacement. Then someone like Jordan Schroeder, Tyler Motte or Zac Dalpe would take Sedlak’s spot as fourth-line center. Regardless how it plays out, there will be a lot of scrutiny on the bottom-six.

The bottom-six was a source of strength last season with Hartnell down there. Now he’s gone. The team is younger. Can the young players effectively replace Hartnell and Karlsson? If the Blue Jackets hope to return to the playoffs, the bottom-six cannot be a liability. It’s up to the young guys to make sure that doesn’t happen. Management must make the right decisions on these roster spots. Their season depends on it.