This post appears in our new section called Overtime. It is our home of Long Form journalism on all things hockey & culture. We are now porting over many of our best posts from our old Overtime site as well as publishing new material. If you like this format then please sign up for our free Overtime newsletter. You’ll get updates when we add new material to this section.

Hockey’s a funny game. Sometimes the teams we expect to improve actually regress, and sometimes teams with aging parts and little long-term potential stick around way past last call in the standings. We’re almost done with a quarter of the NHL season, and the Pacific Division is taking shape. And what an odd shape it is. The top three spots are held by the Canucks, Kings, and Coyotes respectively, though the entire division is within nine points. A lot of jostling will take place in the next quarter, but as the saying goes “you always remember your first.”

That’s why I’ve resorted to a new comparison device; music genres. The twist here is that I took this approach from a Kings point of view, as if they were the ones handing out genres to their division-mates. I raked my brain and VH1’s programming to figure out what style of music reminded me off each team, and the results were illuminating. So let’s now put a quarter in the jukebox and see what comes out on shuffle in the Pacific Division.

The Ducks are Orange County’s team, and that comes with a different vibe than the big city of Los Angeles where the Kings play. I gave the Ducks the Alternative genre because they might lead the league with players who are clearly “in their own lane” and unique to the rest of their NHL co-workers. Ryan Getzlaf is a skillful sniper living in a grizzled brute’s body, and Corey Perry manages to toe the line between ultra elite playmaker and blatantly suspect super-pest better than anyone who laces up a pair of skates. And given their recent successes or lack thereof in the postseason, the Ducks are perfect for the role of an underground musician who keeps trying to convince people how talented they are. Anaheim’s problems are not politics, record producers, or the man sticking it to them, but rather it’s the inability to win elimination games on their home ice.

I really don’t know what’s going on at the Honda Center this year. Teams stumble out of the gate all the time in the NHL, but the Ducks are playing with little confidence right now. Maybe it’s the injuries, maybe it’s the new pieces struggling to fit in, or maybe the shade of Bruce Boudreau’s face is freaking everybody out. Whatever the case, the Ducks need to lock in. Their poor play is a huge opportunity for the Kings to seize control of the Pacific.

Before the great people of Arizona throw cacti at me, let’s look at the facts. The Coyotes were pretty much un-watchable last year, and figured to be years away from relevancy heading into this season. That was until a cast of young dynamos and possible Beliebers had something to say about it. Arizona might be the NHL’s most pleasant surprise, showing the competitive chops necessary for success in this league at such early stage in their franchise’s rebuild. Max Domi and Anthony Duclair are big-time gamers already, and Oliver Ekman-Larsson has taken on the veteran presence role at the ripe age of 24. These kids might have curfews, but they’re fun to watch.

It’s hard to completely dismiss a team that has beaten you twice in your own barn, and that’s exactly what the Coyotes have already done to the Kings. Taking nothing away from Arizona’s victories at Staples, I find it hard to believe this will last against the bigger, stronger L.A. squad with more facial hair. Arizona might sneak into the playoff chase (assuming the Pacific sends more than one team), but this alone should give them unbridled optimism heading into the future. And if they somehow make the playoffs and get their parents to sign the consent form, even better.

Oh yeah, this is hip-hop’s NHL team. From the grizzled veteran with street cred on the blue line (Matt Giordano) to the flashy young forwards with slick mitts, Calgary oozes with swag. And who could forget what happens when they make the playoffs:

The problem for Calgary in the 2015-16 season is that like in hip-hop, there are highs and lows in hockey as well. Last year’s Flames team was a buzzsaw that took the league by storm out of nowhere, but much like the Avalanche a year before them it appears to be an aberration. The Flames are dead last in the Pacific as Johnny “Hockey” (Gaudreau), Sean Monahan, and Sam Bennett have struggled to live up to unbelievably unfair expectations for their team. The biggest issue though, and one you could see eight miles away is the Calgary goaltending. How this team made the second round of the playoffs with their make-shift home remedy of netminders was borderline miraculous, and this year’s poor play at the position is not surprising in the slightest. The Flames are an exciting team that may bring out the best in the Kings, who are no longer surprised by their offensive skills and super-fast flows.

Every Edmonton game is like your classic dubstep/house DJ at an establishment whose patrons clearly didn’t request it. Dealing with it all night (or for 60 minutes of regulation) is unnecessary and annoying to put up with. But given the right set of circumstances, the right mood, or the right people on any given night? Well it’s damn entertaining.

Take this OT winner in overtime for example: 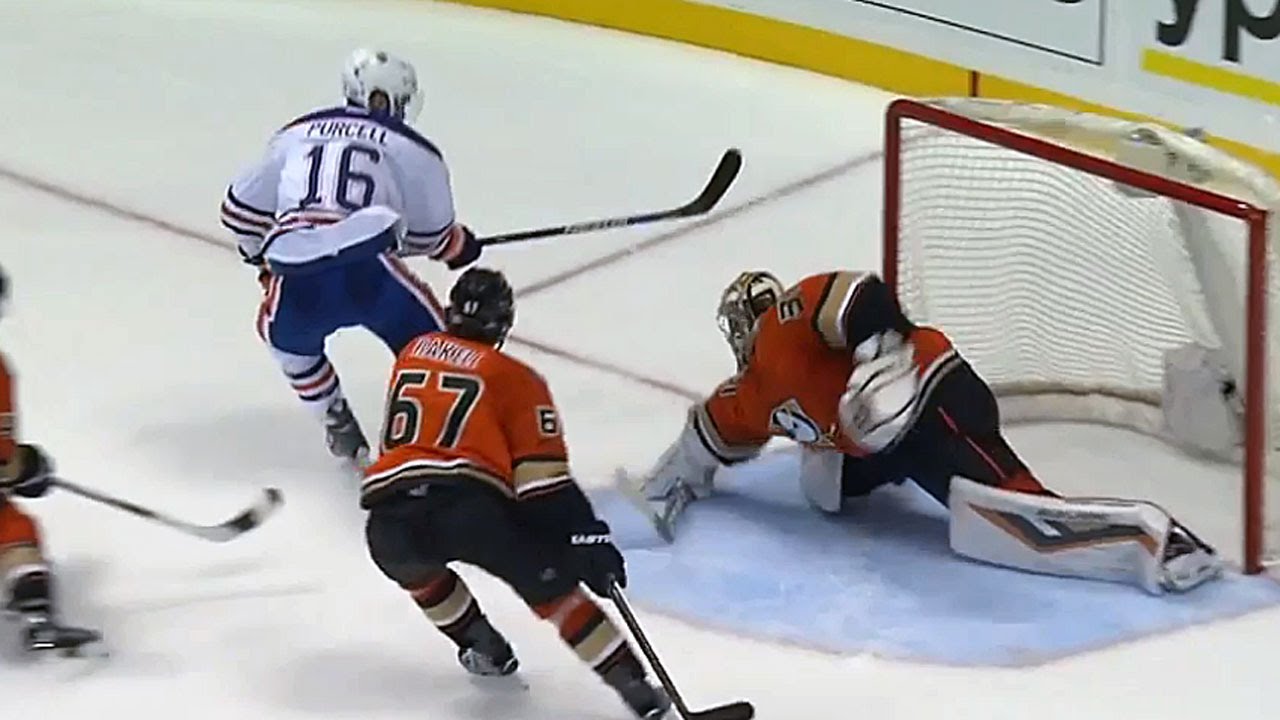 The Oilers do a million things to frustrate the average hockey fan throughout the course of a game, from bad line changes to poor positional play and amnesia in the defensive zone. But every couple of shifts they show glimpses into a better future, one where the offensive output flows like wine, and beautiful goals instinctively flock like the salmon of Capistrano (so you’re telling me there’s a chance). Given their recent injury setback, I doubt the Oilers will accomplish much in terms of points this season, and it’s tough to see their big goaltending acquisition (Cam Talbot) struggle with little defensive resistance in front of him. But Edmonton’s excitement will captivate its fan base and insomniacs with NHL Center Ice from time to time.

Connor McDavid’s injury really stinks. This is the worst story that could have happened at the start of the NHL season that didn’t include the words “Bettman” and “lifetime contract.” I hope he takes enough time to come back strong, because the game is better with McDavid in it. 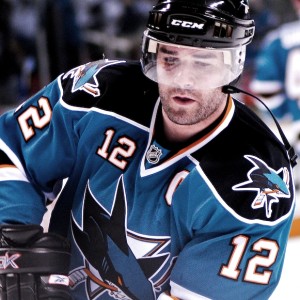 Not the easiest choice, but certainly one that makes sense given this team’s proximity and overall recognition. San Jose is not Los Angeles or Vancouver in terms of glitz or glamour, and likewise this roster will not blow you away with its mainstream appeal. There are still long-time stalwarts like Joe Thornton and Patrick Marleau on this roster, and the San Jose front office certainly takes it’s time deciding to move-on from personnel (more on this in a bit). It’s almost like when a country singer crosses the line to pop superstar, and slowly gives up his grassy roots. I liken Martin Jones to the upcoming country star that hits the scene quick with a ton of buzz, but suddenly has to deal with adversity he’s never faced before. Only time will tell how Mr. Jones performs under pressure.

The Marleau trade rumor is interesting to me, because this team is nowhere near dead to rights in November. A lot can happen before the 2016 trade deadline, but the conspiracy theorist in me thinks this is Marleau’s camp packing their bags in case of an emergency. The 3 suitors he allegedly would waive his no-trade clause for (Kings, Ducks, Rangers) just so happen to be 3 of the most loaded franchises in terms of talent. Following Patrick’s lead, I’d like to wave my no-clause trade to being business partners with Bill Gates, Warren Buffet, and Paul Allen (not Steve Balmer, he freaks me out).

Sometimes things just fit. In a constantly changing NHL landscape, the Vancouver Canucks have remained the league’s resident “highly skilled yet physically shy” team. The team has found a way to compete yet again with essentially the same core, a testament to this coaching staff and locker room leadership. But who doesn’t picture the Sedin twins skating around with jazz music playing in their helmets, sipping tea on the bench like Jean Girard? Ryan Miller is a smooth goalie that is more likely to slow-dance than tango with a bruising forward. The Canucks approach the game like a jazz concert, and have the ability to make beautiful hockey music look effortless.

The Kings might have some serious problems down the stretch if Vancouver is healthy. A few key losses to the Canucks helped keep L.A. out of the playoffs last year, and a Kings defensive unit with holes could get exposed by some twin-to-twin telepathy. Vancouver’s league-leading five overtime losses aren’t an ideal stat, and neither is their 2-3-3 record at home. Maybe they need more slow harmonies to get the crowd involved. 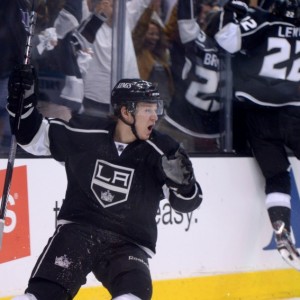 Of course they are. The sounds that can be heard in between the Staples Center boards are comparable to Led Zeppelin and Black Sabbath many bats ago. Darryl Sutter coaches this team to hit hard, play disciplined, and attack all phases of the game with intensity. A peak Kings performance is similar to a classic rock concert in that the energy level stays constant and the crowd remains engaged. Just as a headliner in the world of Rock music has a deep catalog; L.A. has a deep bench of players that each provide an added element to the team’s overall performance. The identity of those who achieve greatness is hardly in question, and that holds true for both elite rock artists and professional hockey clubs. The Kings are comfortable in their own skin and with their own style of play.

The main worry of any successful Rock & Roll artist’s fans are whether they will sell out once they get successful. So too, in the world of sports, is that threat real. Will the Kings let their reputation start speaking for themselves instead of their actions? Will the good press get to their heads after a solid start and two prior championships achieved? Or, and this is the big worry, has it already started to happen? The end of greatness is a slow process that few on the outside fail to recognize until it is too late. The Kings are in a great position to succeed, but they also face some serious hazards as the 2015-16 season progresses.

I hope you enjoyed the music approach to the Pacific Division. Every team is in striking range, but none have separated themselves from the pack. Pump up the volume and listen to it unfold at a rink near you.