The Albany Devils and the Adirondack Phantoms are engaged in another heated battle for the Time Warner Cable Cup.  Having just completed a home and home set, with a five day gap in between, the two teams find themselves separated by the slimmest of margins, one point, with the Phantoms ahead.  The match-ups between the teams are always hard fought on and off the ice and before or after the whistle.

They met just once during the opening month of the season and the Devils defeated the Phantoms at the Times Union Center 4-1.  The highlight of this game was Tim Sestito’s first period shorthanded penalty shot goal that gave the Devils a 2-0 lead at the time.  The Phantoms outshot the Devils but Scott Wedgewood held his own in goal with 24 saves.  The Devils killed off eight power plays while netting two power play goals of their own on five chances.  The teams combined for 40 penalty minutes.

In their second meeting on November 2nd at Glens Falls, the Devils came alive in the third period but the damage had already been done.  Petr Straka scored two goals for the Phantoms and Chris Vandevelde scored another goal to give the Phantoms a 3-0 lead entering the third period.  The Devils produced 13 shots in the 3rd but only put one home.  Mike Hoeffel ended the shutout bid by Yann Danis by poking the puck behind him after Sestito attempted to stuff the puck in on a wraparound.  That was all they would muster as the Devils, with Maxime Clermont in goal, fell to Adirondack 3-1.  One bright spot was the Devils penalty kill as they continued to stymie the Adirondack power play.  The Phantoms went 0-5 with the man advantage.

Their next meeting was just one week later and the Devils struggled in their first game without Scott Timmins.  Despite outshooting the Phantoms 28-25, Danis shut the door and the Devils could not score despite a season high six goals the night before at the Wilkes-Barres/Scranton Penguins.  The Devils penalty kill domination over the Phantoms continued as they killed off all six opportunities. Wedgewood stopped 23 of 25 shots.

A Home and Home Split

The first half of their recent home and home set opened with the Devils scoring four times in the second period en route to a 5-3 victory.  Joe Whitney opened the scoring in the first period by redirecting a blast from Stefan Matteau.  Sestito picked up the secondary assist.  Four different Devils scored in the second period. Hoeffel, with a soft backhander, gave the Devils a two goal advantage.  Reid Boucher scored from the doorstep of the crease to put the Devils back up by two after the Phantoms cut the deficit in half.  Matteau and Sestito also found the back of the net to give the Devils a 5-2 advantage entering the third.  Cal Heeter was replaced as the starting goaltender by Danis, the only goaltender to appear in all five meetings for either team, for the start of the third period.  Bruno Gervais scored the first Phantoms power play goal against Albany this season with a wide open shot from the slot but the Devils held on and knotted the head-to-head series at two.

Watch as Albany goes on a goal scoring spree in the second period:

In their latest meeting, the Phantoms opened the scoring with Straka scoring his third goal against the Devils this season right off the faceoff to Keith Kinkaid’s right.  Danis left the game due to injury after the midway point of the first period and Heeter replaced him in a turnaround from the previous game.  The Devils responded a little over a minute later when Harri Pesonen at long last scored his first goal of the season for the Devils.  He made several attempts to escape the pressure from Kyle Flanagan before heading around the back of the net and on his 44th shot of the season backhanded the puck behind Heeter.  Kris Newbury responded almost immediately with his 4th goal of the season to put Adirondack back on top.

Pesonen dazzled with the puck below the goal line before finally scoring a goal this season: 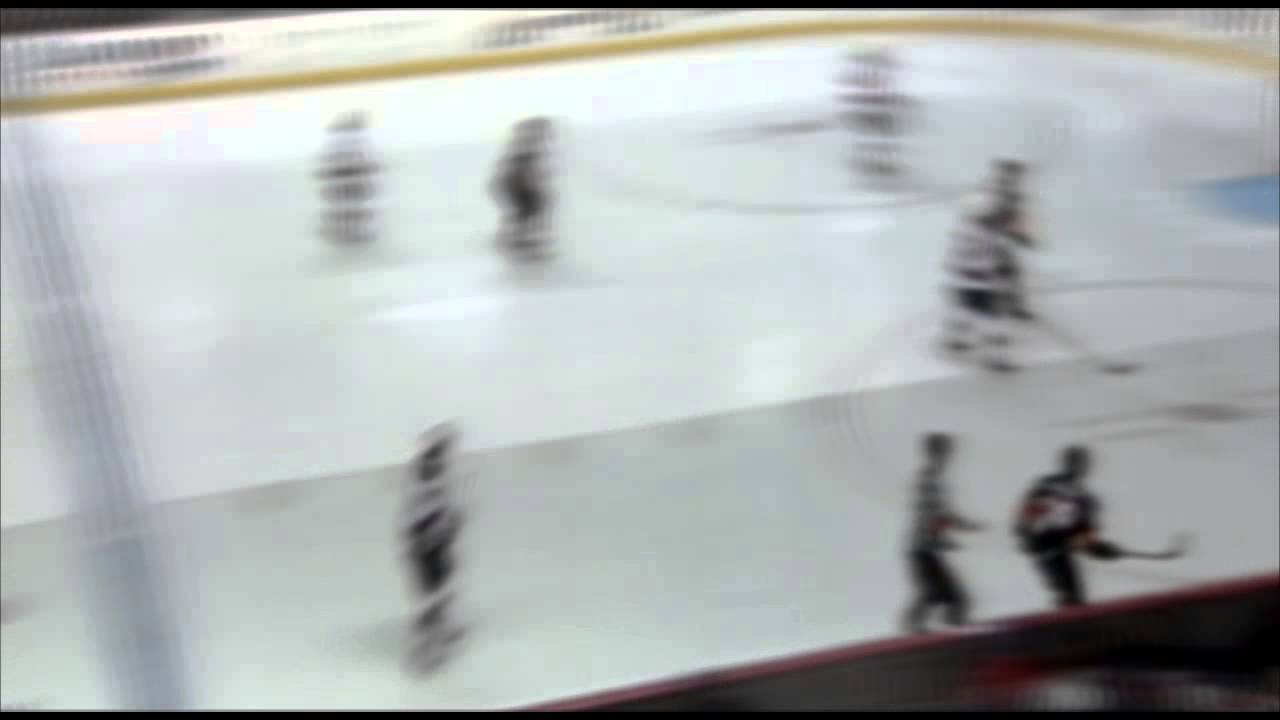 Jason Akeson put the Phantoms up by two just thirteen seconds into the second frame.  Then the Devils started their rally.  Reece Scarlett scored his second goal of the young season from the blue line to cut the deficit to one.  Each team traded a pair of disallowed goals before the close of the period.  In the third, Boucher evened the score with a sniping wrist shot off a rush for his ninth goal of the season.  With the goal, he has now scored in four consecutive games and has six goals for the month of November.  Kinkaid, making his first appearance of the season against the Phantoms, made a series of spectacular saves to send the game into overtime.  However, a hooking penalty to Kelly Zajac put the Devils down four men to three.  They would lose by the same score when Gervais ended the game with a goal on the ensuing power play.

The Devils dominated play throughout the game but could not finish.  They almost doubled Adirondack in shots with a final total of 38-20 in front of an attendance of 3,089 fans.  Sestito was held without a point and was a -2 but he does lead the Devils in the season series with three goals and six points.

Their next matchup will be two days after Christmas on Friday, December 27th at the Times Union Center.  One week and a day later they will meet an hour north at Glens Falls.