On Monday April 11th, 2016, the Philadelphia sports community suffered a terrible loss when Ed Snider passed away at the age of 83 after a fight with bladder cancer. Words cannot truly put into perspective what Snider meant to the city of Philadelphia, but I will do my best to attempt to explain just how many lives Snider impacted in his 50 years of involvement with the Philadelphia Flyers.

In 1971, Maury Z. Levy wrote in Philadelphia Magazine of Snider’s unorthodox style as an owner:

“The owner is supposed to be the guy with the money, who sits back in some big office and smokes hand-rolled cigars while he watches the bread roll in. He is not supposed to get his custom-made suits spoiled by the smell of the locker room after a good game. These are the unwritten rules of being an owner, and Ed Snider breaks every one of them.”

Every word Levy wrote back in 1971 was true up until the day of Snider’s passing.

In an industry where players are often treated as profit maximizing commodities by owners, Ed Snider defied the standard. You’ll often hear about organizations that “do things the right way”, but when speaking about the Flyers under Snider’s direction, that was the exact opposite of lip service. Ed Snider truly did love every single one of his players, and he treated them the right way, as a member of his family. It’s one of the reasons that Philadelphia has consistently been a top destination for free agents, despite intense pressure to win.

I have been covering sports for 40-plus years and never met an owner with Ed Snider's passion. He will be missed, but his legacy will live.

With Snider’s untimely passing, a myriad of stories and anecdotes have come out from current and former players, league officials, and members of the industry detailing the many tremendous acts Snider took on behalf of his players.

Bobby Clarke, the one player who epitomized what Snider believed in, and best defined his ownership, had the following to say about Snider:

“He was a great owner, and it wasn’t just because he wanted to win all the time…He treated us as players so much better than all the other teams when we first got started. We were the first team where the wives got Christmas presents, the first team to fly on the good airlines and stay in the good hotels.”

Clarke went on to detail one of the many instances of supporting a player in a time of need, in this case he discusses Bruce Gamble, a goaltender who suffered a heart attack that forced him to retire:

“Obviously [Gamble] had to retire, but Mr. Snider kept paying him after he was done and educated his children,” Clarke said. “You’re talking about a time when athletes in most places weren’t treated like they are today. He went way out of his way. You can go through so many players that he helped. Some didn’t play very long, but when they left, money was sent to help raise their children. Nobody ever heard those stories, but I knew because I was on the inside.”

Snider supporting Gamble is one of many stories of Snider helping out his players in a time of need. There are countless other stories of Snider picking up mortgages on players’ homes, paying to educate their children, and helping integrate new players into Philadelphia in any way possible.

Regarding play on the ice, Snider stood by his players through thick and thin. He was not afraid to criticize the league or its officials when he thought that his players had been wronged.

One anecdote which proves the point perfectly comes from the Flyers’ Hall of Fame induction ceremony for Rod Brind’Amour earlier this season. Brind’Amour was kicked out of a game, and after the loss Snider came down to the locker room to ask Rod what had happened:

“He went on to ask me what happened on the ice that made me react the way I did. I told him what happened. I said, ‘Mr. Snider, the ref said that the call on the ice made no difference, because we weren’t a good enough hockey team to make the playoffs…Before I could finish the rest of the story — I deserved to get kicked out of that game after what happened — Mr. Snider tore out of the Flyers’ locker room. In the old Spectrum the referee’s room was right outside of the Flyers locker room. I could hear Mr. Snider kick in the referee’s door. He had a little conversation with that ref. In it he said to that ref that he could live with the bad calls. In the NHL, he expected a higher standard. That calls would go for and against him. He’d live with that. But he wouldn’t stand for was mistreatment of his players. He said, ‘Don’t you ever talk to that kid or any of my players like that ever again.'”

On a recent broadcast, Keith Jones relayed a short anecdote about a call that he disagreed with on the ice as a player for the Flyers:

Keith Jones telling a story about how in 1999 after a bad penalty call, Ed Snider came in and said “say what you want, I’ll pay the fine."

That was Ed. Leave it all out on the ice, give it all you have, and he would defend you to no end.

With the values Snider instilled in the Flyers, he leaves behind an organization that truly does things the right way. Since the first Flyers Wives Fight for Lives Carnival was held in 1977, $26 million has been raised and donated to charity under Snider’s watch. The Ed Snider Youth Hockey Foundation, founded in 2005, gives inner city children the chance to play hockey, a sport they would otherwise never have discovered due to the high cost of playing. 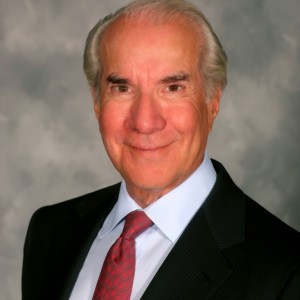 On a personal level, I cannot begin to quantify the impact Ed Snider had on my life. I never had the pleasure of meeting him, but his Flyers have had, and continue to have, a profound impact on my life. Without the Flyers in Philadelphia, I would probably never have played hockey and met all of my best friends. I would have played football or baseball, and wouldn’t have gone to Boston University to cheer on their powerhouse hockey program. Thousands of other hockey players and fans in the Delaware Valley would say the same thing.

As the Flyers face the tall task of beating the powerhouse Washington Capitals in the first round of the playoffs, Snider’s unfortunate passing has given the team and a fanbase a rallying cry greater than any marketing team could come up with. Do it for Ed.