Edmonton is a one dimensional sports town, with the Oilers garnering a majority of the attention year round. Whether it’s the draft in mid-June or training camp in September or the heat of playoff races (sorry Oilers fans, I meant golf season), the team owns the airwaves and water cooler talk year round. When the team finished in last place following the 2009-10 season the fan and media pressure was great enough that ownership, led by His Majesty Daryl Katz, was forced to relieve Pat Quinn of his duties and institute Associate Head Coach Tom Renney as Head Coach. That sort of fan pressure is what a true sports town is all about. Other issues aside, the displeasure invoked by that last place finish brought fans into an uproar, and upper Oiler management clearly listened by making the coaching change.

A new initiative invoked to sooth the ailing fans was the creation of the TV series “Oil Change.” The move, which seems to be the small town equivalent to the New York Yankees creation of the Yankee Entertainment and Sports Network (YESN) in 2002, was a smart one by the team. Aquila Productions is the company that produced the series last year and again this year, and was heavily financed by the Edmonton Oilers organization. And, to no one’s surprise, the Oilers purchased the award winning film company outright this summer. 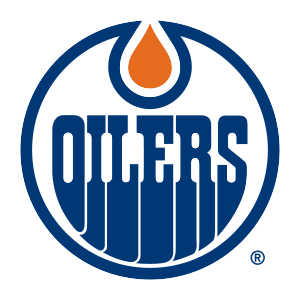 With most of the world in a recession, combined with rising ticket prices and a team that was not ready to compete for anything more than a lottery pick (and that would eventually land in last place for a second straight year), fans needed something to keep their minds off the fact that this was another terrible year for hockey. Enter Aquila Productions, and their behind the scenes access. What diehard fan wouldn’t want a glimpse of Stu MacGregor, the team’s excellent Director of Scouting, and his thought process evaluating prospects. The chance to see Steve Tambellini close a deal? Priceless. The organization squashed any rumblings of fan discontent.

The future looks bright but a last place finish is still, at the end of golf season, a last place finish. The series worked wonders. Fan discontentment was at an all-time low. It’s almost as if they forgot what happened. The images of Tambellini, Renney, and the rest of the team’s staff distracted us from the embarrassing efforts, poor goaltending and lack of offensive firepower.

Tomorrow night at 8pm the series debuts for its second season. Perhaps Daryl Katz, Kevin Lowe and the rest of the Oilers brass sense that this will be another disappointing season and need to keep the optimism for yet another year. It will be another great insight into the remaking of an organization, and will inject excitement into an otherwise mundane Tuesday. But when watching the premiere and the rest of the series, remember that this isn’t the Detroit Red Wings or another successful organization. This was the last place team two years in a row, and no television series will ever change that.