As you can see, Elias Pettersson has experts divided in their assessment. But they all agree on one thing; he is a pure talent. Arguably, few of his peers can compare to his talent – but how much work and patience will Pettersson demand in order to succeed?

The 2016-17 season was a breakthrough year. Playing for Timrå IK in Sweden’s second-best league, Hockeyallsvenskan, the 18-year-old dangled his way into the spotlight. While producing at almost a point per game clip during the regular season, Pettersson showcased a good attitude and spectacular class that would be welcome on any team. That’s why you often find him on the highlights reel.

It’s not without cause that Pettersson has been compared by some to Henrik Zetterberg, being a Timrå product himself, and Pavel Datsyuk. If that doesn’t tell you what level of hockey IQ and puck control we are talking about here, I don’t know what does.

So, why isn’t he a sure thing? Well, what concerns the scouts and NHL teams the most is his physique, or lack thereof, weighing in at 161 lbs. And the fact that Pettersson didn’t respond to the high expectations of him at the 2017 World Junior Championships likely had a negative impact on his draft value.

Pettersson would be a long-time project for any NHL team willing to invest in him. He has a load of potential but without room for guarantees, so it’s difficult to project his draft status. With all his upside abilities in mind, one could easily expect to see him get picked between 10th and 20th in the first round.

“Playing in Sweden he’s been lights out, but internationally it’s a different story where he’s struggled, most recently at the World Juniors. The team that drafts him will have to be patient, but he has the tools to make their patience pay off.” – Jeff Marek, Sportsnet

“His biggest gift is that he has an incredible understanding of the game. He sees the game from every angle and he is ahead of you all the time, so he always knows what to do with the puck. He finds solutions in the offensive zone that only he can see.” – Roger Forsberg, former coach in Timrå IK

If he can get all aspects of his game together, and with the right hockey education, Pettersson should be able to become top-nine forward in the NHL, while playing an offensive role. But, before that happens, it will take a few years in the Swedish Hockey League where he will play for the Växjö Lakers next season.

After scoring 22 assists in 43 games, Elias Pettersson ended the 2016-17 season with the most assists among junior players in Hockeyallsvenskan.

Elias’ older brother,  Emil Pettersson, was drafted by the Nashville Predators in the sixth round in 2013. After a few successful years in the SHL, the 23-year-old center looks to join the Predators next season. 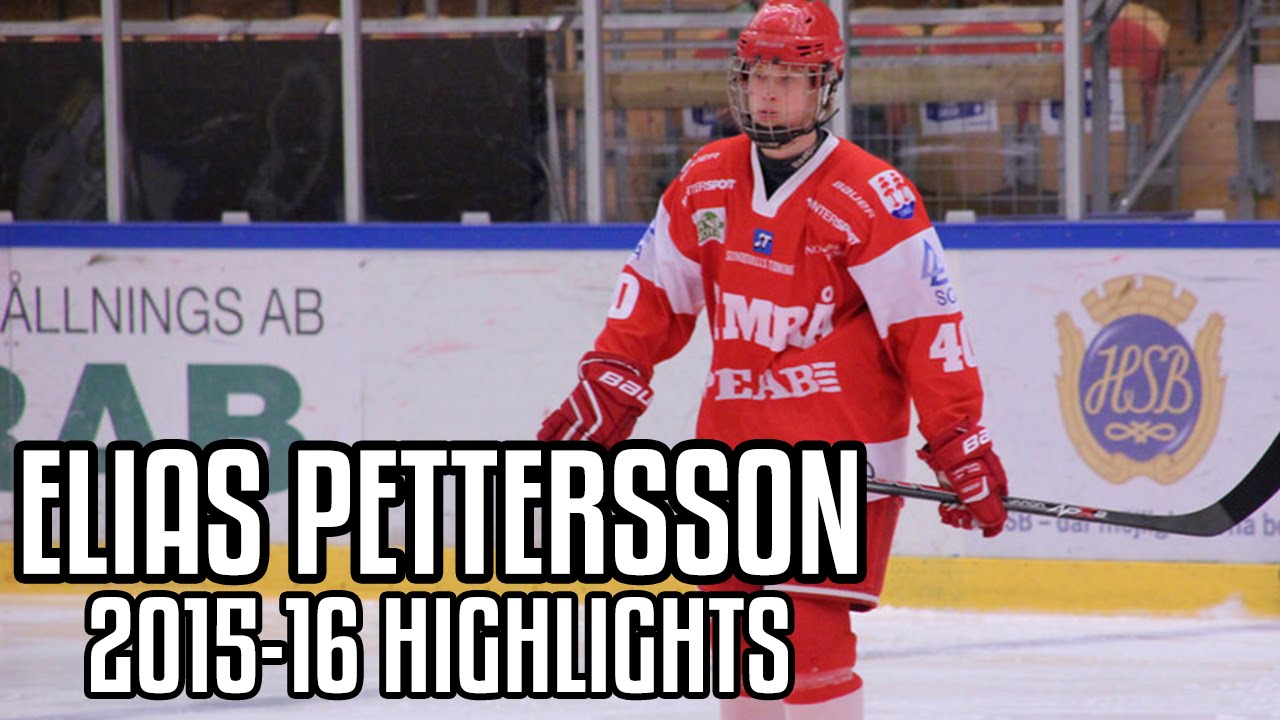