With the offseason quickly approaching, the New York Islanders will look to improve in a variety of areas. After re-signing Dennis Seidenberg and with their host of youngsters in Bridgeport, the Islanders‘ defense is shored up for years to come. On offense, however, the Isles are in desperate need of secondary scoring. Without another dependable scorer besides John Tavares and Anders Lee, the Isles are in need of a shakeup.

Here’s a look at five players that could end up in Brooklyn this free agent season.

Eaves has come a long way in a short time, but he’s still a huge gamble for any team willing to sign him. (Gary A. Vasquez-USA TODAY Sports)

This is a player coming off a massive 32-goal season that rocked the NHL. The chances of that happening again are rare. However, if he finds chemistry with the right players, he can hit 20 again. His price tag is up for negotiation, which could be great for the Islanders and his ability to play in a variety of roles could make him a valued commodity late in the season. He’s coming off an injury in the playoffs as well, so there’s a chance he may get a contract to prove himself.

Martin Hanzal would be a great fit on the Islanders. Photo: Bob Frid-USA TODAY Sports

His two-way play and size alone make him someone that could instantly help the Islanders. Unlike Eaves, Hanzal has never had a monster season, but his appeal isn’t limited to stats. If he can be signed for a respectable price, Hanzal could be the newest member of the Islanders. With only 28 games of playoff experience, however, it’s unsure how much he’ll be able to help an Isles team looking to go deep into the postseason. 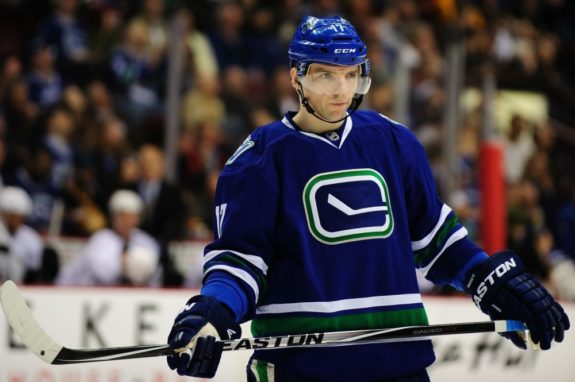 Vrbata could be a decent short-term offensive solution for the Islanders. (Anne-Marie Sorvin-USA TODAY Sports)

A six-time 20-goal scorer, Vrbata is still producing. At 35, he could be an excellent top-six acquisition that would provide the team with some secondary scoring. Making just $1 million last season, Vrbata could be signed at a decent price. That alone makes him someone the Islanders should take a look at. With a lack of other cost-effective signings, Vrbata may be the best fit on this list. 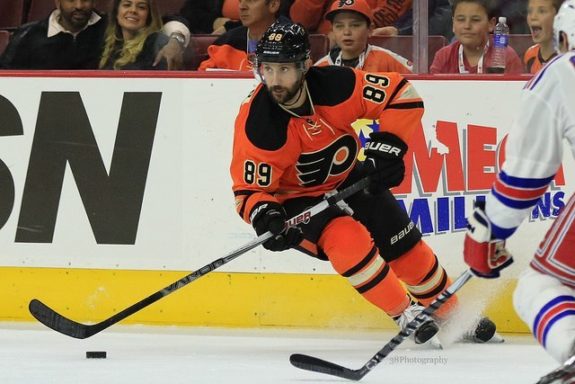 Gagner’s skills on the power play could entice the Islanders to take a chance. (Amy Irvin / The Hockey Writers)

The former first rounder is talented. Coming off his first 50-point season, Gagner is finally becoming the player many expected. As a threat on the power play, he would be an asset for the Isles. However, with Tavares, Brock Nelson, Ryan Strome, Casey Cizikas and possibly even Anthony Beauvillier and Mathew Barzal at center, Gagner would have to fight for a spot. He’s also due for a big raise, one the Islanders may not want to pay. However, with Nelson and Strome’s inconsistency, Gagner could be a player brought in as motivation. 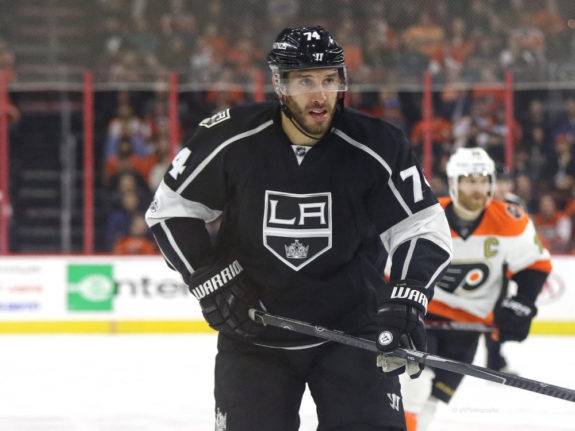 King could be an excellent fourth line option for the Islanders. (Amy Irvin / The Hockey Writers)

A better skater than Matt Martin and someone not scared to throw the body, King would be a wonderful fourth-liner in Brooklyn. With Cizikas and Cal Clutterbuck, King would be able to score a dozen goals and add as many assists. Coming off an average season between the Kings and Canadiens, his asking price may be low enough for the Islanders to snatch him up.