I see Red!  Okay, so this whole blueprint thing has me excited!  And yes, “then” seems like just yesterday (last season for comparison on stats here), while “now” is the start of this season (our first few games), BUT I can’t help but to like what I’m seeing so far!

Then (last year)…we might as well start with the most two dreaded words last year – “power play.”
Last year, the Cats were 28’th in the league with a dreadful (barely above) 13% power play.
So far this year…32% and second best in the league!

Fights?  Without tracking down the stats, I’ve watched at least two in the past two games!

This team is clearly more aggressive!  I love the size, fight, and “character” of this team!

I realize that we’re only 4 games in to the season, but it seems like these guys have improved in almost every category and stat!  Like other Panther’s fans, I’ve bought in to the hype before.  However, something feels different about this time.  If we can keep up this momentum, this excitement, and this enthusiasm, this team is going to be something special.  So much so that I can probably even tolerate the weird balloon hat on the guy in front of me! 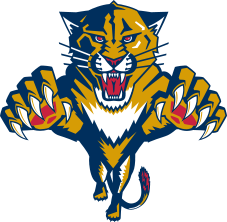