Graham McPhee played in his second season with the National Team Development Program. He has scored 12 points in 47 games this season. When I have scouted McPhee, his immense compete level caught my eye immediately in his first shifts. He never takes a shift off and gave everything he had in each and every shift. This kid just loves to compete in all kind of battles and his work ethic is very advanced.

McPhee protects the puck exceptionally and uses all of his body strength to do so, literally leaning into the opponents in puck battles to prevent them from out-muscling him. His strength on the skates and lower-leg strength is impressive. He barely gets beaten in position battles and he is hard to shove around or knock off the puck. He uses his explosive and very strong first strides to get things going and his strong balance on the skates allow him to go in front of the net and stay there.

He plays a decent two-way game and backchecks a lot, never quits on plays when hustling back. His play away from the puck in the offensive zone is outstanding as he is constantly in motion, which makes it hard for opposing defenders to track him down. McPhee plays a strong game away from the puck offensively as he is excellent in opening ice for his linemates with his movement around the net. His stickhandling skills improved a lot over the last couple of months and he can move around the puck quite well, although he does not possess high-end scoring skills and he is clearly not the guy you turn to when you are in the dying moments of a game when trailing. Nevertheless, he is every coach’s dream and can flourish in so many ways, a guy you just like to have in your team.

I believe that McPhee will be picked up somewhere around late third round and mid-fourth round. I do also believe that he has the potential to become a much better player than some scouts expect. He could become a great pick-up in a middle-round for a team that sees his values.

Every time I see him I think he does more to give me the confidence to say this is the kind of player who will only get better. You immediately notice his compete level for sure. He goes out and gives you everything he has each shift. Then you start to see the hockey sense and how he’s capable of making the right play in almost every zone. Then there’s the skill, which might have been unexpected because there were other people on the team that potentially had more of that role on the team. To me, he’s a coach’s dream in a sense that you can play him a lot of situations and you know what you’re going to get out of him from his work ethic.

Graham is a solid two-way player with a solid compete level. He battles hard, sees and protects the puck well.

McPhee is a player who could really excel well in a bottom-six role for an NHL team. He shows the work ethic, compete level and determination to get better with years. I do think that he can become a solid player and surprise many organizations which will pass on him in the draft. 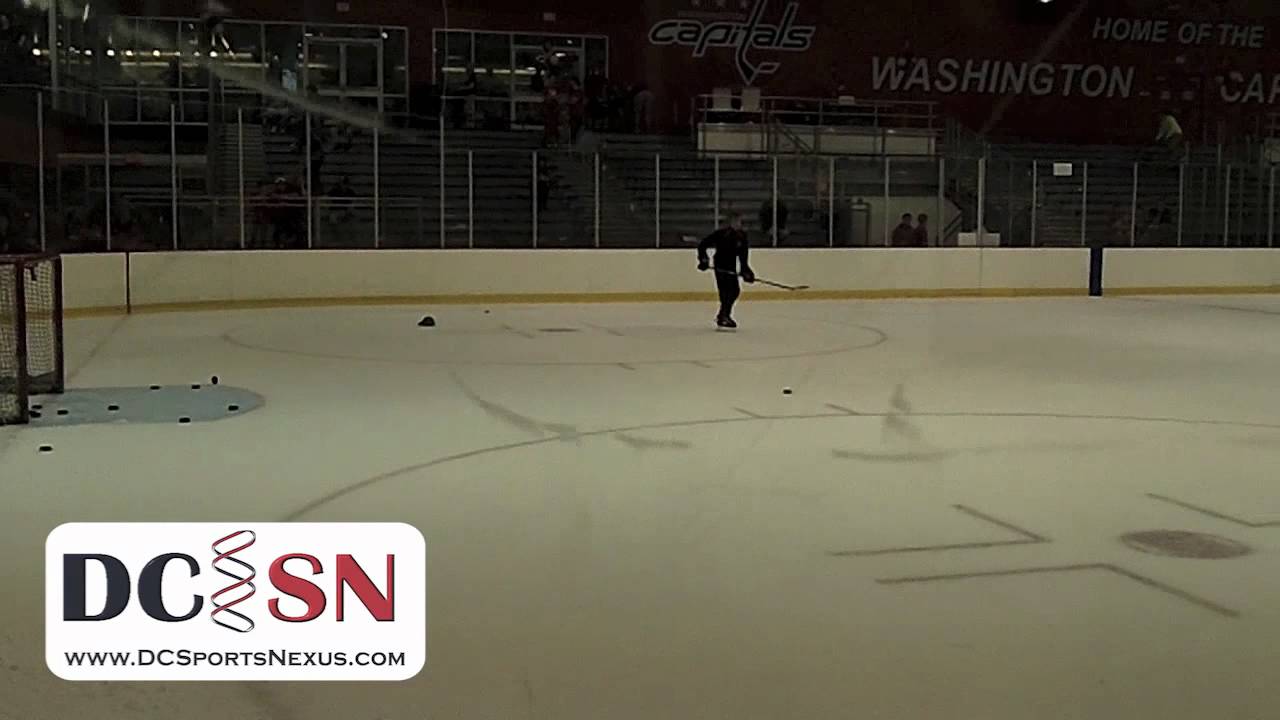 Graham McPhee is the son of former NHLer and Washington Capitals general manager George McPhee. Graham will follow his father’s footsteps as he will join Boston College next season, which is coached by Jerry York. His father George has also played for coach York with the Bowling Green State University.