Rosters are starting to take shape across the NHL. Here are the latest headlines in the NHL, as well as across the entire hockey landscape:

The Blackhawks have inked Brent Seabrook to an eight-year, $55 million contract extension. [Chicago Tribune] Will this extension come back to bite the Blackhawks financially? [Second City Hockey]

Brad Boyes has earned a contract with Toronto. [Today’s Slapshot] It is quite the achievement for Boyes, who grew up in the Toronto area. [SportsNet]

Mitch Marner has been sent back to the OHL by the Maple Leafs. [Sports Illustrated] Curtis Glencross and Devin Setoguchi were also cut from the Leafs’ roster. [Yahoo! Canada] Setoguchi and Glencross aren’t necessary for a team looking to rebuild. [Rant Sports]

Victor Loov, a Leafs prospect, says that cocaine is a very serious problem in the NHL. [Pension Plan Puppets]

Connor McDavid shined in a preseason game held in Saskatoon. [The StarPhoenix] 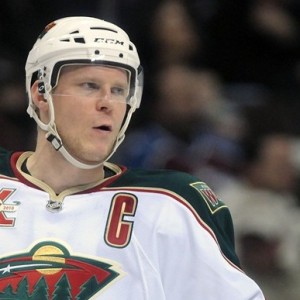 Mikko Koivu scored a nifty goal against the Jets in an 8-1 stomping. [The Score]

The Hurricanes beat the Senators 2-1 on Sunday. [News & Observer]

The Avalanche lost to the Kings in the shootout, and Jack Skille hurt his ankle during play. [Hockey Buzz]

The Penguins are voicing how much they want a team back in Quebec City. [TribLive]

Hockeyville is almost upon us. [Fox 8 WWCP]

Hunter Shinkaruk will be an NHLer, just not yet. [The Province]