More rumblings about the future expansion of the NHL. This and more in today’s hockey news:

The NHL is considering placing a future Quebec City team in the Western Conference. [The Score]

Should the NHL split into two separate leagues? [Too Many Men on the Site]

Eric Nystrom may not be a regular in the Predators’ lineup. [Today’s Slapshot]

What will become of the Coyotes after their two-year lease ends? [Pro Hockey Talk] 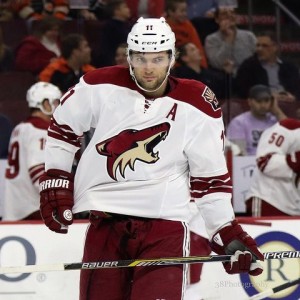 A look at the hefty prices at Rogers Place in Edmonton. [Edmonton Journal]

The Finnish Blackhawks took the Stanley Cup to their homeland. [Puck Daddy]

Top lines for the Blues during 3-on-3 overtime. [Frozen Notes]

Dominic Moore’s charity is a rousing success. [The Hockey News]