There was something about Joe Louis Arena.

Beauty of “The Joe”

Aesthetically and architecturally, it was a below-average facility in the NHL.

The concourse was one of the smallest in the league and became suffocating in the post-game rush to exit the arena. There were no cupholders attached to any of the seats, making the stench of spilled alcoholic and carbonated beverages pungent on the concrete steps.

The scoreboard was the smallest in the NHL by the end of the old barn’s existence, an inconvenience for the visually impaired.

To top things off, when it was constructed, the press box was an afterthought and had to be built in by removing the last row of seats. There was no elevator straight to the box and members of the media had just a few feet of leg room to walk through press row. This would come after hiking up a flight of stairs or taking one of the few elevators to get to the suite level.

But none of this mattered to anyone because of what the venue’s primary tenant brought to the crowd every night from 1991 on.

A quarter-century’s worth of consecutive playoff appearances brought countless memories made by legendary icons. A consistent energy flowed in that building and it stemmed from the incredible consistency of play. This made one of the more aesthetically unpleasing arenas in the league one of the most imposing.

A glance up at the countless banners was proof in itself.

Fans came to see Steve Yzerman. They came to see Sergei Fedorov. Vyacheslav Kozlov. Nicklas Lidstrom. Brendan Shanahan. Pavel Datsyuk. These were the entertainers that made going to “The Joe” an experience that could not be replicated anywhere else.

As much as the sport helped guests detach from reality for a couple of hours, the Red Wings masked the deficiencies of the venue that accommodated their faithful.

That will not be the case anymore.

Fall of the Red Wings

Detroit missed the playoffs for the first time in 25 years last season, concluding their 38-year stay at JLA in less than impressive fashion. They had the 26th-worst goals-for and goals-against per game, spending most of the year in the league’s basement on the power play. Only one player (Tomas Tatar) scored more than 20 goals and one defender (Mike Green) scored more than 15 points.

Last year’s result didn’t necessarily come out of nowhere. Since 2012, the team has won just one playoff series and has barely earned their postseason berths, waiting until the final week of the campaign to lock it down for the sake of just making it into Lord Stanley’s Dance.

A once proud winner and model of consistency showed cracks with every first round exit, making an early spring the new norm in “Hockeytown.”

The end of the streak was timed pretty well, however. Fans still came to see the arena one last time despite the underwhelming on-ice product, reminiscing about many moments that they saw in the glory years. At Little Caesars Arena, the aura will remain but for a different reason. The facility is new and state-of-the-art. 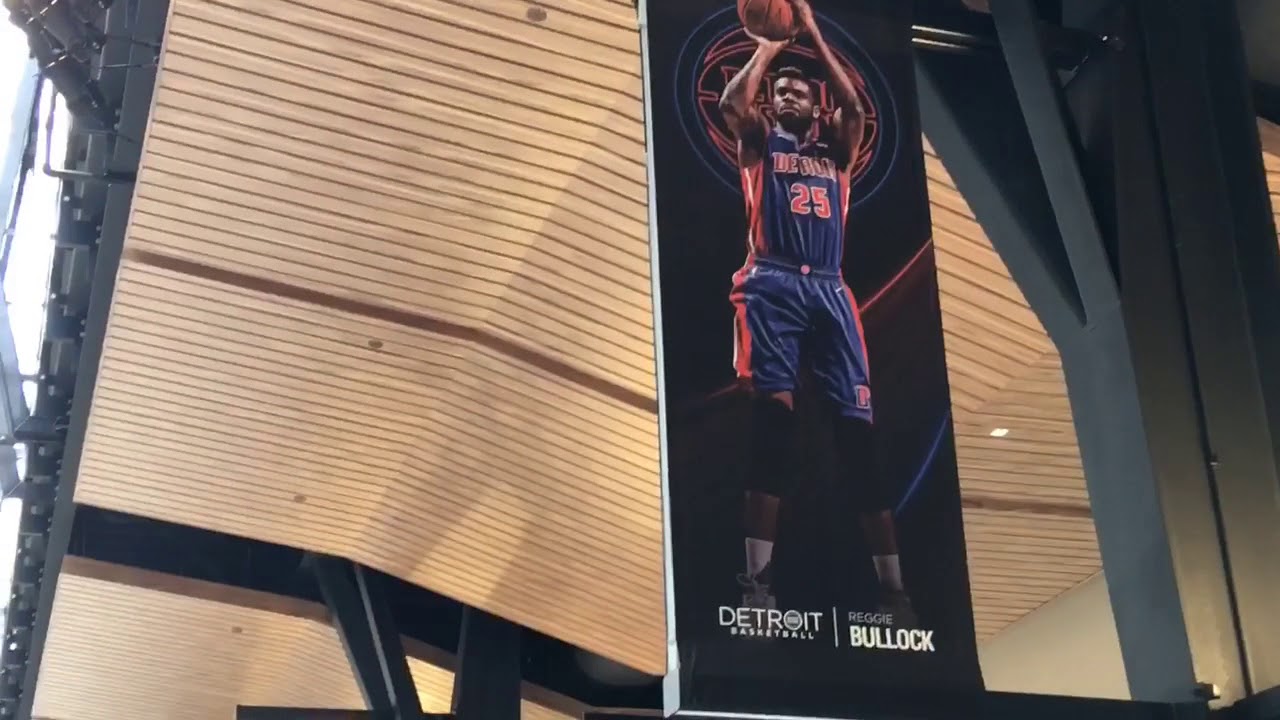 There is an outdoor plaza that aims to be a draw for pre-game events. There’s an open-air beer garden, a skylit “Via” concourse complete with hundreds of TVs, five distinct restaurant options, and historic pieces of Red Wing lore. There’s a gigantic jewel skin video board that projects dynamic images and animations and a 5,100-square foot scoreboard. And an imposing gondola seating option that makes one feel like they’re right on top of the action.

This isn’t your grandfather’s sports arena.

The fan experience will be tremendously friendly in comparison to the previous venue, something that was a focus from day one. The new home, shared with the NBA’s Detroit Pistons, promises to be a destination for patrons to enjoy the new amenities. Ironically, the venue will also do what the Red Wings did for Joe Louis: mask deficiencies of a stale product.

As currently constructed, the Red Wings are a decent amount of time away from being a true Cup contender. Depending on which individual players have bounce-back seasons, the team could finish just outside of the playoff picture or in the bottom five of the league, like they nearly did last year.

General manager Ken Holland is also not considering a long-term rebuild as of now.

In the eyes of management, it may be important to ice a team that at least looks the part of a “competitor” in the initial public offering of LCA. However, this comes at the cost of making true progress towards getting back to what made Detroit “Hockeytown” to begin with.

The $863 million pizza palace is a wonderful tribute to late owner Mike Ilitch and the rest of his family. They have put pure heart and soul into revitalizing Downtown Detroit. It is amazing to see Mr. I’s vision come to life with the construction of LCA, a feat that makes the Motor City the only town in America with four major sports teams within its downtown core.

The amenities and scale of the new venue are also welcome sights. They will provide the Wings faithful with the best environment to watch a team they’re attached to as a symbol of pride, tradition, and excellence for decades. They may be worth the increased prices patrons will pay to enter the building and enjoy the new features.

However, one must wonder how long the initial magic of Little Caesars Arena will last and if it will be enough for a fanbase that will expect excellence from their on-ice product but receive mediocrity in return.