Any player that makes the leap from juniors to the pros knows how difficult a task that is. For Islanders’ forward Mathew Barzal, he’s ready to prove he belongs not only in their lineup, but in their top-six.

Barzal and the Islanders open the season at Nationwide Arena Friday against the Columbus Blue Jackets. He skated as their second-line center this week in practice between Andrew Ladd and Josh Bailey. Not only will he see top-six minutes, he’ll see time on the power play on the second unit. That’s a lot of responsibility for a 20-year old playing in just his third-career NHL game.

Despite the lack of experience, Barzal and the team are confident in what they’re capable of. Head coach Doug Weight addressed Barzal starting on the top-six this morning in his press conference. Of note, Weight said that Barzal is a confident and smart player who can make an impact while playing a 200-foot game. Speaking of impact, watch what he does to the New Jersey Devils in the preseason. This was on a power play. 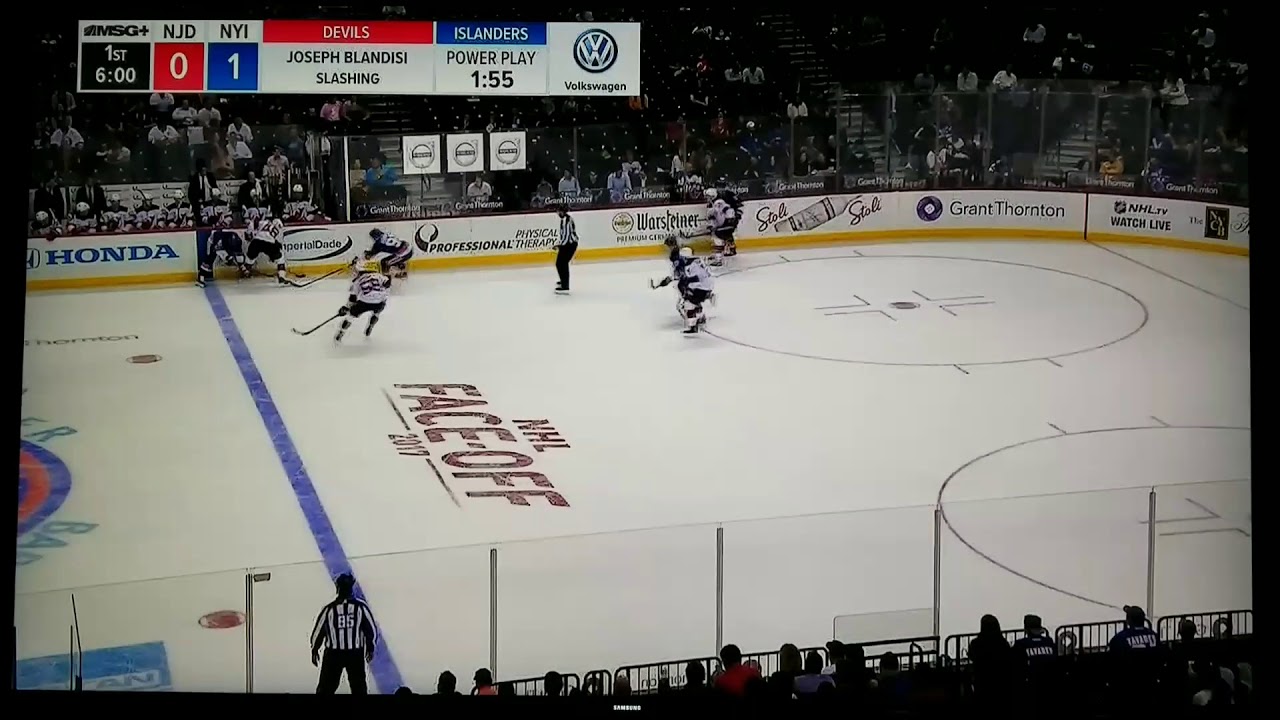 Barzal Confident in Himself

The Islanders have needed a second center behind John Tavares for a while now. Barzal has the upside of a top-line player with high-end offensive skill. Although he’s making the jump from WHL Seattle to the NHL, he says he’s ready for the challenge. Not only is he ready for the challenge, he’s ready to shine. I asked Barzal what the extra year in Seattle did for his development and how it helped him to get ready for tonight.

“We went on that good playoff run last year,” Barzal said. “(It was) kind of that grind of playing two games every 3-4 nights. It was a grind. Every game meant so much. Being able to play games with that kind of desperation will help me tonight and moving forward.”

Barzal’s junior team Seattle won the WHL and advanced to the Memorial Cup. As the captain of the Thunderbirds, Barzal lead his team in scoring with a combined 104 points in just 57 games between the regular season and playoffs. His playoff performance of 7-18-25 in 16 games helped him win the MVP of the WHL playoffs. He also was an alternate captain for Team Canada at the World Junior Championships. He scored eight points in seven games helping Canada win a silver medal.

Barzal is ready for this moment. The Islanders fell just short of the playoffs in 2016-17. Barzal’s emergence coupled with Jordan Eberle’s arrival gives the Islanders a new look on offense. Can this translate to wins? Is it enough to push them over the top?

The team is quietly confident despite many overlooking them in the Metropolitan division. Don’t overlook these Islanders. The playoffs are well within the realm of possibility for this team.