Jack Glover showed his impressive skillset this season with the NTDP. He’s a tall, all-around defenseman that can move well. He has great edgework, lateral movement, and is a fluid skater. For his 6’3″ body, he’s still lacking some weight, but when he puts on more muscle he’ll be a force on the backend.

Glover is a smart player who knows when to jump in the rush or sit back and be in position to disrupt a play. He likes to use his body against the opposition to check along the boards and take the forwards out of the play. He moves the puck well in all three zones, which is why he produced well offensively this season with 28 points in 59 games. His reach is another key asset to his defensive game.

Glover will be a 2nd round pick most likely. Somewhere in the 37-51 range is where I’d peg him to go.

“Glover is an impressive two-way defenseman who has good overall mobility. He’s always aware in all three zones and defends with a physical edge, using his frame to separate pucks and size to clear the crease. He moves the puck well and has a good outlet pass. (August 2013)“

“Another sizable defenseman, Glover is a rangy rearguard who covers a lot of ground well. He’s a solid player at both ends of the ice and moves the puck decisively. He ended the regular season with 22 assists. Glover has good mobility and footwork and can take the body. Earlier this season Glover was listed by several scouting services as a potential first-rounder. He’s fallen back a bit, but his pro potential remains high.“

Glover helped Team USA win a bronze medal (U17) and gold medal (U18). He also played in the Youth Olympic Games.

Adding muscle to his tall frame 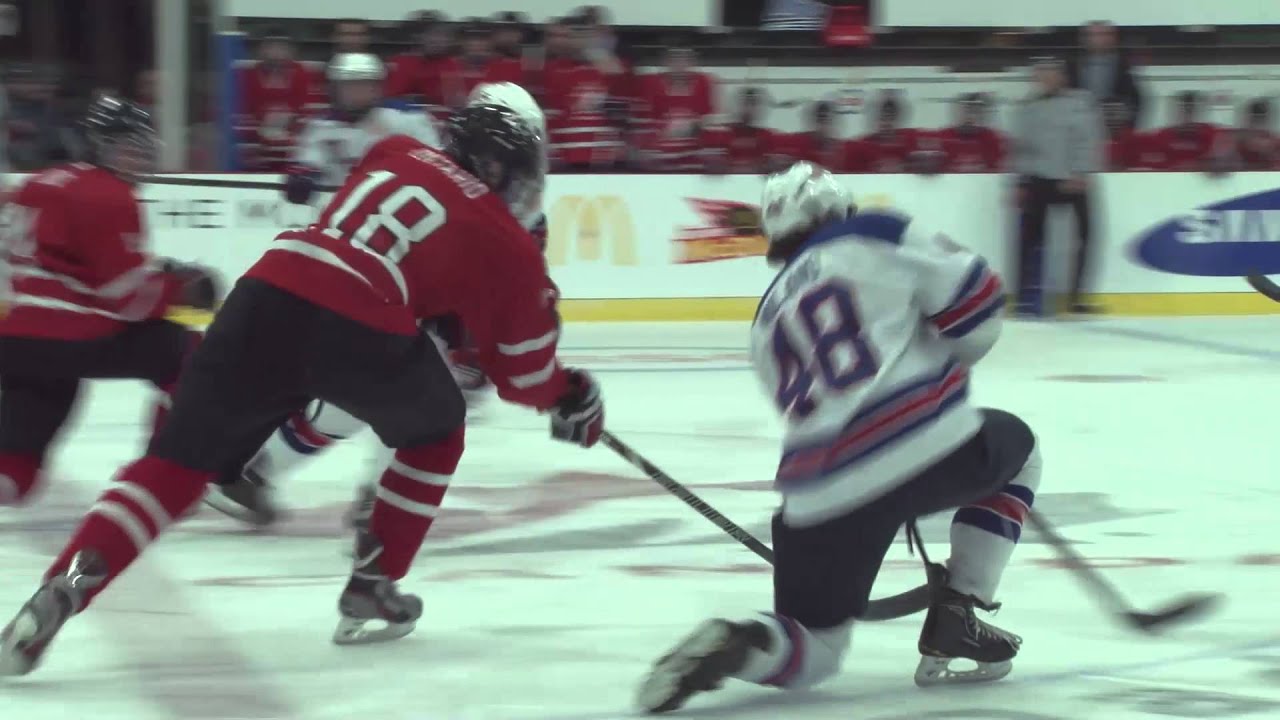