The NHL Department of Player Safety has announced that Toronto Maple Leafs forward Leo Komarov will have a phone hearing Friday for an elbowing infraction against New York Rangers defenseman Ryan McDonagh.

The hit came in McDonagh’s first game back from a concussion suffered at the hands of Philadelphia’s Wayne Simmonds. That gloved punch to the head did not result in a suspension for Simmonds. Rangers coach Alain Vigneault was vocal about his displeasure with that decision. He’s likely to get a different result this time.

Komarov’s hit came in the first period of Friday’s game. Komarov entered the defensive zone and caught an off-balance McDonagh in the head with his elbow as he skated past. The hit left McDonagh on the ice and saw New York’s Kevin Klein drop his gloves to engage the Toronto forward.

Komarov received a five-minute major and a match penalty on the play. McDonagh was held out of the rest of the game for “precautionary reasons.” 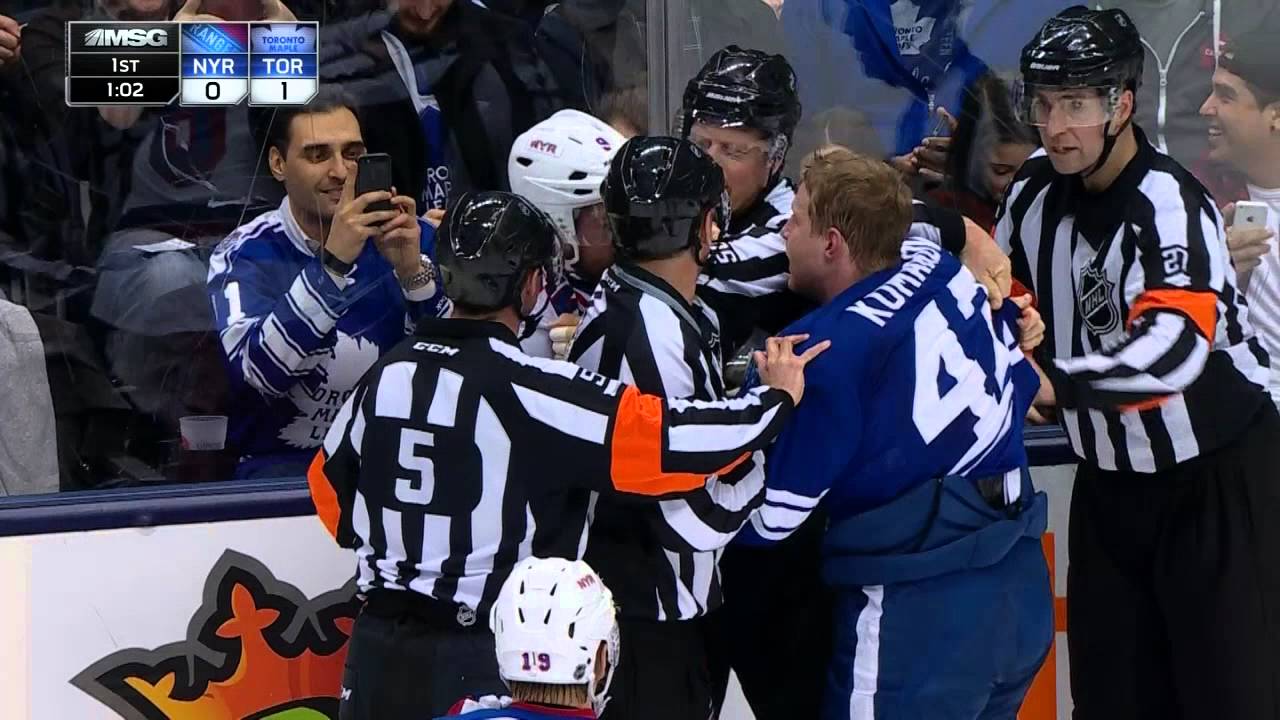 The 29-year-old will have a clean track record heading into the hearing. He has never been suspended previously. It’s tough to predict how long the suspension might be, but a phone hearing means that the suspension will be less than five games. Though, typically, the league views an elbow to the head more harshly than a shoulder to the head.

Komarov has a career-high 18 goals and 35 points already this season.

Leo Komarov today: "I feel sorry for my teammates because I let them down…and I feel real sorry about Ryan, too."