Call it destiny. Or call it a recurring nightmare. Your name for it completely depends on what side of the puck you’re sitting on – the Boston Bruins or the Toronto Maple Leafs. Either way, it looks as though both teams will likely be staring each other down once again when the Stanley Cup playoffs kick off in just over a month.

While there’s still time for things to change, it seems fitting that the Bruins and Maple Leafs hold down the second and third spots, respectively, in the Atlantic Division – with the Maple Leafs trailing by two points through 71 games. Their final standing far from set – Toronto sits 10 points up on the next Atlantic Division team (the Montreal Canadiens) which makes a Boston-Toronto first-round matchup even more likely.

Destiny. If the Bruins are to make another strong playoff run they will have to beat the Maple Leafs again if they want to move on, while the Maple Leafs will need to slay their playoff demons – the Bruins – to have a look at the second round.

The recurring nightmare. It’s simple. The Maple Leafs have had trouble with the Bruins over the past number of years dating back to their epic collapse in 2013.

Regardless of how you look at it, if in fact these two teams meet in the first round, it’ll be the 16th time they meet in the playoffs with a whole lot of history behind them.

The Maple Leafs hold a slight edge when it comes to previous meetings between these two teams in the playoffs – with a 7-8 series record. That said, the Bruins have held the advantage over their past five meetings with the Maple Leafs having won just seven games over that span.

While these two clubs have only met twice since 1974, the two meetings have been memorable ones.

With that in mind, here’s a look at their previous 15 meetings.

The Bruins and Maple Leafs did meet once in the Stanley Cup Final – in 1939 – leading to the Bruins second Stanley Cup title in franchise history.

It’s hard to forget for fans of the Maple Leafs. Their team – an underdog going into the series – had gone down 3-1 in the series before battling back to tie it at three games apiece. Down 4-1 with just over nine minutes left in Game 7, the Bruins staged a comeback of their own.

First, Nathan Horton scored with 9:18 left in the third. Nearly eight minutes later Milan Lucic fired one home to bring the Bruins to within one of the Maple Leafs. And it didn’t take long for the Bruins to tie things up. With 51 seconds left, their net empty, Patrice Bergeron fired home the game-tying goal – a prelude for what was yet to come.

At 6:05 of overtime, Bergeron struck again. The goal sent the crowd into a frenzy and left the Maple Leafs in shock, James Reimer face down in the team’s net. 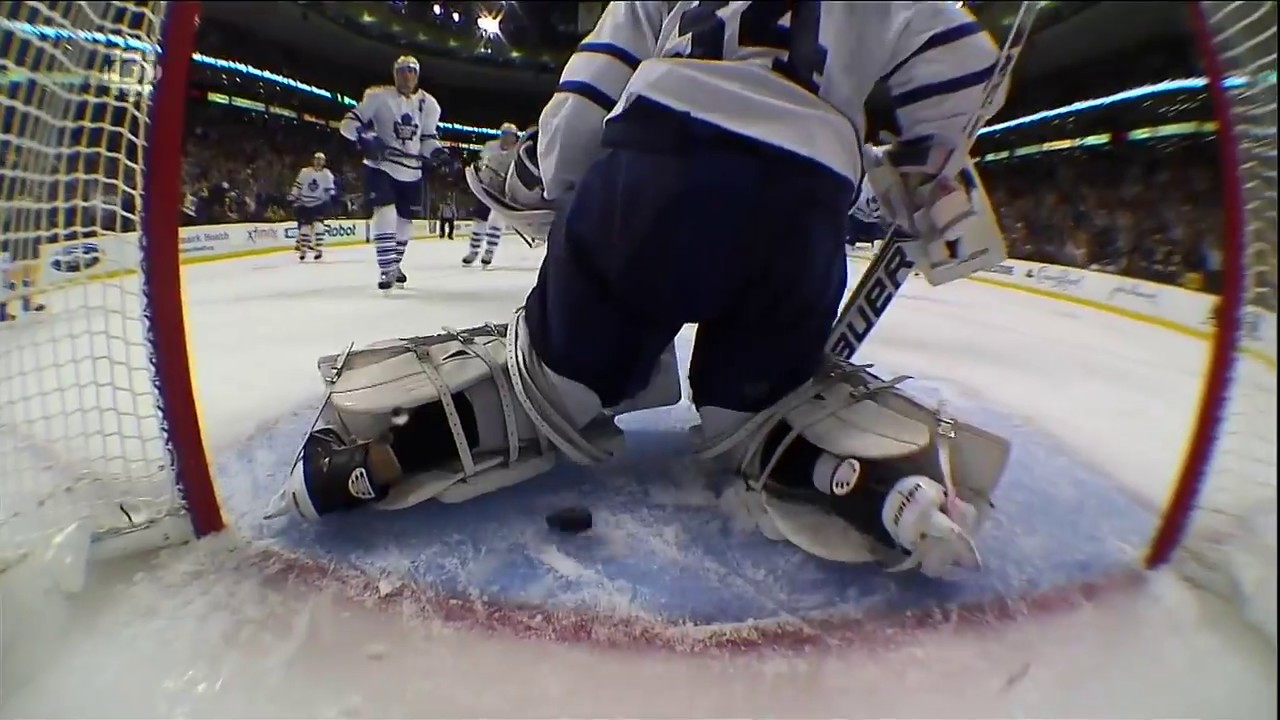 The Bruins went on to the Stanley Cup Final – eventually losing to the Chicago Blackhawks in six games. But the damage was done – at least when it comes to the Maple Leafs and their inability to get it done against the Bruins.

Since the Maple Leafs fell to the Bruins in that series, the teams have met 25 times in the regular season along with their seven-game series in last year’s postseason.

Related: Bruins or Maple Leafs – Who Beats Who?

While everyone should be well-aware of the Bruins 4-3 series win last playoff season, the regular season has been a bit of a different story. The Maple Leafs hold a 13-10-0-2 record against the Bruins in the 25 meetings since the epic collapse in 2013 – outscoring the Bruins 76-71 over that span. Four of the Bruins losses in that time have come in either overtime or a shootout, but still the Maple Leafs have led the way.

When it comes to matchups, Frederik Andersen has also seen success against the Bruins during the regular season over his career. In 13 career games against the divisional rival, Andersen holds an 11-2-0 record with a 2.42 goals against average and .927 save percentage.

As for the players, they know what’s on the line.

“You want to get your game going,” said Leafs’ defenceman Jake Muzzin. “You want to be running smooth going into the playoffs. [Home ice] would be huge. Momentum, energy; it’s always nice to be home and have the crowd the first two games. We’ll deal with what we get, but we’re definitely pushing for home ice.”

So, maybe it is destiny that the Maple Leafs are set to square off with the Bruins again in the first round. Or, if you believe in curses, maybe it’s that nightmare I mentioned earlier. Either way you look at it, this matchup is looking more and more like a reality with ever passing day. So the question will surely be asked as the season dwindles down – can the Maple Leafs finally overcome their Bruins playoff woes? Or are they destined for another first-round exit? Only time will tell.