On Thursday night, Carey Price did all he could to secure a win for his Montreal Canadiens, keeping them in the game while the New York Islanders dominated play – controlling 64.5 percent of scoring chances and 69.2 percent of high-danger scoring chances, according to Natural Stat Trick – but his teammates didn’t cooperate in a 2-1 loss. 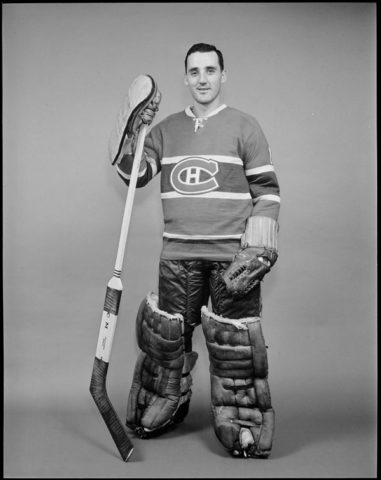 Two nights earlier, with a 3-1 victory over the Detroit Red Wings on March 12, Price surpassed Jacques Plante to become the Canadiens’ all-time franchise leader in goaltender wins with his 315th. The record is all the more impressive considering many have been earned single-handedly, and it boggles the mind to think what the number would be with some of the powerhouse teams of Canadiens yore scoring goals for him.

Number 31 in Your Program, Number 1 in Hearts and Wins

Price, already firmly established as a role model for Indigenous youth and an all-around caring soul who went out of his way to ease the grief of a young fan recently, is now number one on the team that wrote the book on goaltending.

The Canadiens presented the NHL with the trophy for the league’s best goaltender in the 1926-27 season in honor of fallen goalie Georges Vezina, and have since won more Vezina Trophies than any other team with 29, including Price’s in 2015 and Plante’s record-setting seven. Other winners in a Canadiens sweater who Price has surpassed on the team’s win list include Patrick Roy (289), Ken Dryden (258), Bill Durnan (208), George Hainsworth (167), and José Théodore (141).

Price was picked fifth overall by the Canadiens in the 2005 Draft, the year that Sidney Crosby was chosen first by the Pittsburgh Penguins. Two years later, Price was named MVP and best goaltender of the 2007 World Junior Championship while helping Canada win gold, and was awarded playoff MVP after leading the Hamilton Bulldogs to their first Calder Cup title. He was the third goaltender in AHL history and first since Roy in 1985 to backstop his team to the championship as a teenager.

With 26 saves, Price earned his first NHL win over Crosby and the Penguins on Oct. 10, 2007, and made 34 saves against the Philadelphia Flyers for his first NHL shutout on Feb. 16, 2008. His first playoff shutouts came against the Boston Bruins in 2008, blanking them twice in seven games on the way to the first playoff series win of his career, while becoming the first Canadiens rookie with a shutout in the playoffs since Roy in 1986.

After winning a gold medal with Team Canada at the 2014 Sochi Olympics, where he had a 0.59 goals-against average, a .972 save percentage, two shutouts, and was named the tournament’s top goaltender, Price led the Canadiens to an Atlantic division title with a 110 points in 2014-15.

Price had a career-high 44 wins to set a new team record, as well as career bests in goals-against average (1.96), save percentage (.933), and shutouts (9). He was awarded the Vezina and Hart trophies, the Ted Lindsay Award, and shared the William Jennings Trophy with the Chicago Blackhawks’ Corey Crawford.

Price played his 557th game on Apr. 3, 2018, surpassing Plante in games played in the Canadiens crease, and he’s now one of 16 goaltenders in NHL history with at least 300 wins with one franchise. He currently sits two behind Chris Osgood’s 317 wins with the Detroit Red Wings for fourth-most career wins by a goaltender with an Original Six team.

The NHL’s highest paid goaltender at an average of $10.5 million a year, Price will be 39 when his contract expires after the 2025-26 season. If he stays in Montreal for the duration of the deal and, based on his average wins per season of 27.7 (minus the injury-shortened 2015-16 season and not assuming any more this season), he’ll have 194 more for a total of 509 with the team. He would be just the third goalie in NHL history with 500 wins.

And Putting the Canadiens Record out of Reach

While his teammates helped carry him early in the season, Price has been the Canadiens’ best player for several months. Since Dec. 1, he’s third in the NHL in wins (22), sixth in goals against-average (2.31) and eighth in save percentage (.924). He’s put the team on his back many nights, an all-too-familiar refrain over his 12 years in Montreal.

Martin Brodeur’s NHL record 691 wins is likely unassailable, but with a stronger team or a few more seasons at his Vezina Trophy level, Price could challenge Roy’s 551 career wins for second all-time. Price passed Roy, whose total includes 262 wins for the Colorado Avalanche, in the Canadiens’ record book with a shutout of the Bruins on Oct. 27, 2018 for his 290th win.

The biggest difference between the two best goalies of recent Canadiens vintage is in their demeanor. Price’s legendary calm keeps him from wilting in the city’s white-hot spotlight and will help him ride out the climb from mid-tier club to contender as the team’s young stars emerge and make inevitable mistakes in front of him.

Plante held the team record for 56 years; if Price stays in Montreal, he could own it forever. “You look at how much time he’s got left, it’s going to be a pretty high number that you don’t think will ever be reached,” said teammate Brendan Gallagher after the milestone win. “He’s a generational talent. You don’t get the chance to see goaltenders with his ability sustain it for so long. For him, I think if you look at where he’s at in his career, he’s going to be doing it for a long time still to come. So it’s pretty special. It’s cool for the organization to look at and it’s very cool for him, especially, to do it in an organization like the Montreal Canadiens. Whenever you’re setting records for this team, it’s not an easy record to touch. He passed some pretty talented goaltenders along the way and I think that’s what makes it extra special for him.” (from “Canadiens Notebook: A ‘pretty cool’ team photo for Carey Price,” Montreal Gazette – 03/13/19)

Mike Ryan has written seven sports books, including Hockey Now! and Hockey Hall of Fame: Unstoppable, and one about weather phenomenon. He is covering the Montreal Canadiens from behind enemy lines in Toronto.