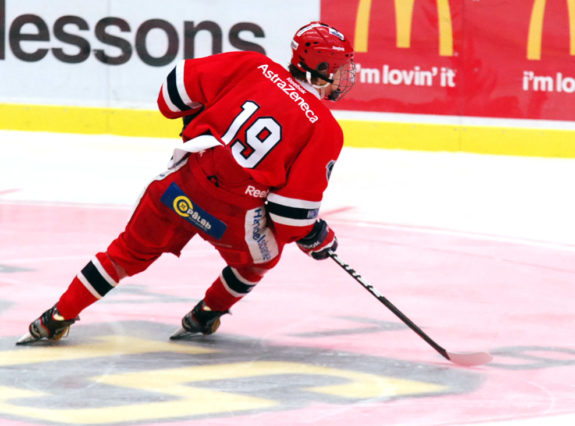 Modo got 1 point this evening. Best player in Modo was @snizzbone (William Nylander). Next game on saturday as i wrote before. BIG GAME!

One of my 2014 favourite prospects, William Nylander has the opportunity to go above and beyond what his father did: http://t.co/EGWfhlJIRf

“William is an exceptional talent with all the tools needed to become a star. He’s an artist on the ice. William is an excellent offensive player with an extremely high skill level. He’s not a selfish player, but does tend to hold on to the puck too long at times. He needs to improve his defensive game, but he’s a fun player to watch and a real crowd-pleaser.”