The Leafs may have won both of their preseason games so far, but I don’t really care about that. The team’s record in pre-season is irrelevant. It seems that in Toronto, we talk about nothing but the Leafs, but most if is negative in tone and some of it has nothing to do with the actual act of playing hockey. It’s all: “Phil Kessel is fat,” “Tyler Bozak is no good,” “Gee, I wish we never traded Tuukka Rask,” and a whole myriad of other side-tracking, negative conversation.

On one level, this is understandable because it’s been ten years and one trip to the playoffs. It is hard to look beyond the incessant negativity.  I even wrote about it once before. So, instead of trying to figure out whats wrong, how to fix it, who should be fired, traded or drop a few pounds, I thought we could spend ten minutes just getting pumped up about this team. It might seem crazy, but there actually are several  players in the organization that make this a team worth watching. Lost in the perpetual moribund melancholy of Leafs Nation, is the fact that there are several really good reasons to be excited about this team.

Lost in the controversy about the trade that brought him here and unfairly portrayed by a mainstream media that seems bent on punishing him for having the gall to be an introvert is the undeniable fact that Phil Kessel is one of the NHL’s most complete, consistent and best players.

I don’t care about anything Phil Kessel may or may not have eaten over the summer, how many times he skated or if he found a new spiritual guru.  I just care about getting to watch him play. Are we so beaten down by a lack of team success that we don’t properly appreciate that the Leafs have one of the best hockey players in the world on their team? Only 4 players have scored more goals since Kessel came to the Leafs. He has 3 straight years in the top ten scorers list, and if we account for the lockout, six straight seasons of 30 goals or more.

Next time you’re lamenting how bad the Leafs have been lately, just watch this goal and realize that you get to see this guy play every night.

I feel like it’s only in Toronto where we under appreciate players to such a degree that despite having two great years in a row – one where he was nearly a point per game, and then a second where he was moved higher in the lineup, and despite having a host of injured and ineffectual wingers, and facing tougher competition, still managed a respectable 50 points and 20 goals. Kadri is almost as talented as Phil Kessel. The way he sees the ice, his hands, the things he does with a puck at top speed – these are all qualities of a star player.

Just look at the way he carried himself the other night during the first preseason game. He looked like a star player. He wanted the puck, and he seemed to be able to do whatever he wanted with it. Kadri is only 23. He has developed consistently year after year, and yet, just the other day on TSN, what do I hear? A guy who I won’t even bother to name was on TV saying that Kadri is “no longer young,” and that “this is a make or break year for him.”  WHAT?  He is 23. THAT IS YOUNG. One could argue that he has already had his “make” season. Remember when he got 44 points in 48 games?  Just how many players score a point per game in the NHL?  In the 2013 season, Kadri had the 13th most points in the entire NHL, he scored more points than Anze Kopitar or Matt Duchene. He scored 3 less than Tavares and 5 less than Getzlaf. I point this out because if the Leafs had any of those four players, we wouldn’t be constantly hearing about their need/search for a #1 centre, and yet we are subjected to a guy being paid to go on TV and cast doubt about his abilities.

Only in Toronto would this kid be so under-appreciated. Just look at what he can do and then you have my permission to get excited about one of the best players the Leafs have drafted in recent memory. Take it to the bank: Kadri will be a star.  I mean, just look at these moves.

The same people who think it’s a “make or break” year for the “no longer young” Kadri might want to stop and think for a second about the fact that at the age of 23 James Van Riemsdyk scored 11 goals and 23 points. During the lockout year, JVR scored 12 fewer points than Kadri. But no one doubts that JVR is a star.  The 6’3 winger, who provides a unique mixture of power forward-ish-ness and finesse, is just getting going. Last year he scored 30 goals and 60 points and no one was surprised when he did it. He may not have the explosiveness of Kessel, or the hands of Kadri, but his speed and skill are rare for such a big guy and he stands a good chance of improving on his 30 goal season this year. The former #2 overall pick is a pleasure to watch and has a much higher ceiling than just what he accomplished last year.  Also, the next time you think about Rask, remember that the Flyers probably regret trading JVR even more.

Just watch this goal he scores. It’s beautiful.  And you’re gonna get to see him do it about 40 more times this year.

I’m not here to tell you that the Leafs are a team that is going to win the Cup this year. I can’t even guarantee you the playoffs – there are still some things the management has to address for them to become an annual contender.  However, I do think it’s worth taking ten minutes to reflect on, and appreciate, what they have. The team actually does have one of the most exciting rosters in the NHL. Bernier in net, Rielly, Gardiner and Phaneuf on the back-end and JVR, Kadri and Kessel up front.  That’s a lot of talent. That’s a really fun team to watch. Plus, they have Nylander coming who looks every bit as talented as the players mentioned above. I leave you with his goal from last night and encourage you to be positive. Embrace the team. Stop complaining about every little thing and try to remember if there was ever another Leaf team in your lifetime with this much skill. (Don’t try that hard though, because if you’re under 35 the answer is you can’t because there never has been.) 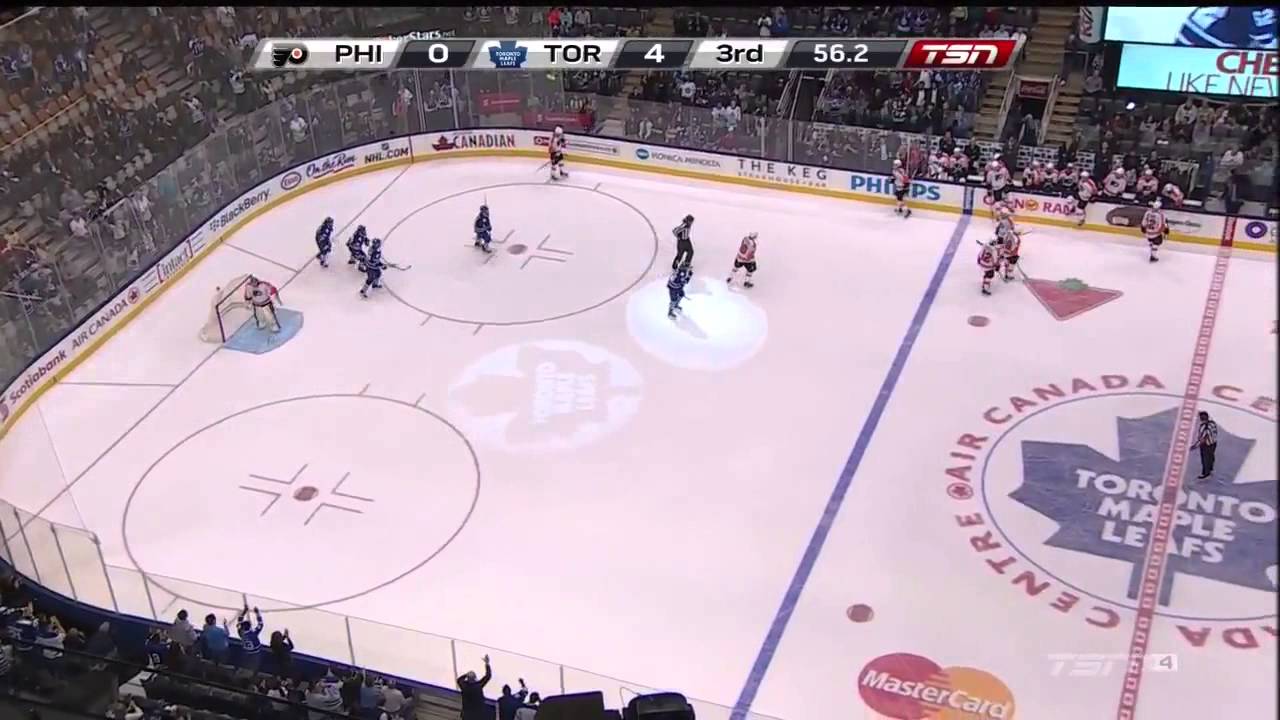