The Sabres once again found themselves without a captain as they headed into training camp.  It isn’t the first time and it quite possibly won’t be the last either. Before Tuesday night’s contest against the Carolina Hurricanes, Ted Nolan mentioned in an interview that the decision won’t be made until the end of camp.

Ted Nolan said a captain will be announced when camp breaks. Gionta, Gorges and Moulson wear As tonight. #Sabres

Although not committing to an answer, Nolan might have given us a glimpse into the possibility of who it may be.  Tuesday’s lineup (although only the second game of the preseason) had a bit more of a veteran presence.

With all of that being said, the Sabres have had their share of captains in their time in the NHL.  In their first 30 years of existence, 11 players wore the “C” on their sweater.  Times have certainly changed once the century did because since 2000 the Sabres have had 17 captains, with certain players wearing it more than once.  We will be taking a look back at all of the Sabres that have held the honor of captaining their squad.

After entering the NHL and going through an expansion draft with the Vancouver Canucks who was also just entering the league, the Sabres pegged Floyd Smith as the franchise’s first captain.  Smith was nearing the end of his playing career at the time the Sabres picked him up.  He played in 77 games his first season on the club and was given the task of leading a new team on the ice.

Smith would eventually become the head coach of the Sabres a few years later leading them to the Stanley Cup Finals in 1975.  As we all know that series didn’t end with Buffalo hoisting the cup, but it started a run in the playoffs for the first time in their young history.  Smith was eventually relieved of his duties behind the bench after two more unsuccessful appearances in the postseason.

Meehan was the 29th player selected in the 1970 NHL Expansion draft by the Sabres from the Philadelphia Flyers.  Meehan played five seasons with the Sabres before heading over to the Vancouver Canucks in the 1974-75 season.  He would play five more seasons in the NHL before ending his hockey career.  He played for multiple teams during his 670 games, but would have the first distinction as a former Sabres player.

Meehan was the first former Sabre to hold a position in the front office.  He would be named the team’s Assistant General Manager behind some guy named Scotty Bowman in 1984.  Meehan would take over as the General Manager in 1986-87 season after Bowman stepped down.  Meehan was responsible for shaping the Sabres by drafting players like Pierre Turgeon and bringing in guys like Alexander Mogilny, Dale Hawerchuk, Pat LaFontaine, and Dominik Hasek.  All of those players left their mark on the franchise during their time there.  Two of those players you will read about in future parts of this series.

The Buffalo Sabres third captain was their first that was their own.  The first two were from the expansion draft, the third from the entry draft.  Schoenfeld was Buffalo’s first round pick (5th overall) in the 1972 draft.  The defensemen would play 11 seasons for the Sabres and 14 total in the NHL.  He would end his career where it started in 1984-85 after playing with the Detroit Red Wings and Boston Bruins.

Schoenfeld had a nice career as a hockey player, but as many that came before him, he wasn’t don’t even though his playing days were.  He had had a coaching career that last about as long as his playing career, and is now still holding the position of Assistant General Manager for the New York Rangers.

On top of a playing and coaching career in the NHL, Schoenfeld also recorded two albums as a musician.

The fourth captain for the Sabres remains one of the city’s favorites.  Selected 19th overall in the 1974 NHL Entry Draft, Gare played eight seasons with the Sabres hitting the 50-goal mark in a season twice.  He wasn’t large in stature but was a force on the ice.  In addition to playing with the Buffalo, Gare played for the Detroit Red Wings and Edmonton Oilers.

In an interesting move during the 1981-82 season, Danny Gare (the current captain) and Jim Schoenfeld (the prior captain) were traded to the Red Wings for another Sabre great and fan favorite Mike Foligno (Current Sabre Marcus Foligno’s father).  Gare started to decline in his years not as a Sabre and would retire following the 1986-87 season.  Gare would remain a part of the Sabres organization making appearances on broadcasts on the Empire Sports Network, before heading over to Columbus to be the Blue Jackets color guy for a few seasons.  He is back with the Sabres again assisting in broadcasts of road games as the color analyst.

Gare was inducted into the Sabres Hall of Fame, and his number 18 is hanging in the rafters and will never be worn by another Sabres player again. 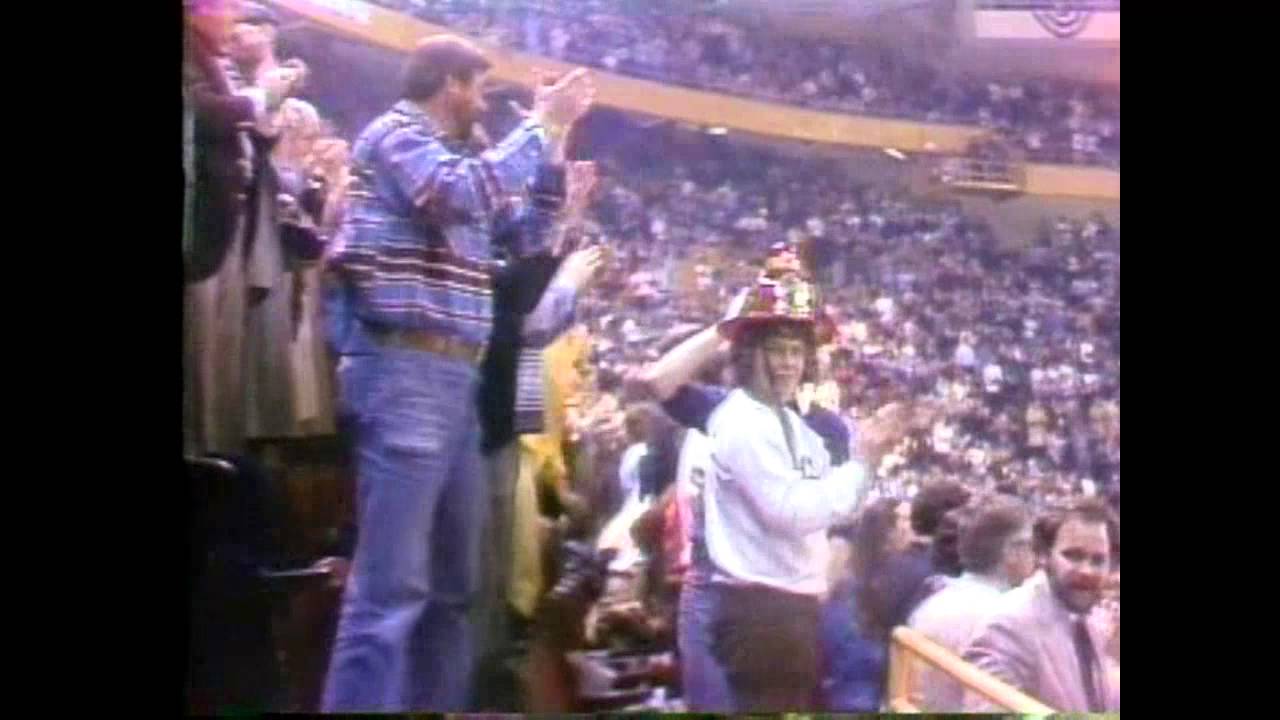 Part II will take a look at the 1980’s Sabres Captaions.  That decade of the 20th century was a good but disappointing one for the franchise.  Making the playoffs every season but two, Buffalo never made a serious run at the cup being ousted in the first round six times.  It has the appearance that stability in the captain position leads to success on the ice.  We will see if that hold true as we move along.