While going through the Internet the other night checking statistics and watching highlights, I came across a commercial by accident. This commercial was such an ode to building your own backyard ice rink. Obviously YouTube pays close attention to your personal interests, and boy did they hit me close to home. In fact, they hit me right in my childlike heart! I actually watched the whole commercial, (which I usually skip) for four whole minutes. Wow, did those four minutes make me want to live a minimum of four hundred miles north. The whole commercial went through the parts of the rink included in the package and where to find the instructions to do it yourself. It seemed to include everything you could imagine you’d need to have a pretty sweet looking rink by buying a package set of everything necessary to make your own backyard ice rink!

I have always wanted to have my own ice since I became a fan of hockey. Alas I live way too far south to have solid ice to sustain play for even a short amount of time. I can’t help but think how wonderful it would have been growing up with my own ice in my childhood backyard. I imagine I would have been the star, slapping shots in my mini gear hoisting my mini Stanley Cup in my mind, as I deftly made each calculated play. The commercial made everything seem so incredibly easy if you had a dad good with power tools. I was the kind of kid who would have been happy with a snow bank and makeshift rink. Now, you can make a rink for as little as $50 according to the Internet or as high as you are willing to shell out. Having your own backyard ice rink is now as easy as buying the equipment from a company pre made, or watching YouTube tutorial and making up your own.

Having An Ice Time

Backyard ice rinks were a staple in the 1960’s and 70’s, fading out in the 80’s. Kids would go block to block looking for pickup games in the early years. Blocks had their own teams, and there was always someone to play. A generation of pro players had a huge advantage of having home ice that was free. Kids not only used to pack their lunches for school, they packed their skates and makeshift equipment, going directly to the backyard ice rinks of friends after school. When you get that kind of ice time, you get good. Apparently Gretsky good potentially.

The Icing On The Cake

Even’The Great One’ Wayne Gretzky had his own ice. I have an article I’m going to write upcoming in the new several weeks that shows a correlation between hours of practice and success. Having your own ice definitely would figure into your getting extra practice time and honing skills. While backyard rinks are considerably smaller than your average NHL rink, getting the puck into the net has got to be a harder task maneuvering through all the bodies, making you think about strategy and perfecting dekes.

Players still pay homage to their days as pond skaters and backyard rink skaters each year in The Winter Classic and Canada’s Heritage Classic games. The strangest version of professional outdoor play is the Frozen Fury series held in Las Vegas. Keeping ice cold and not soft in 95F is no easy feat, but the hockey gods make it happen.

Watching that commercial really made me think. I found out that the company even had their own song to go along with the commercial. While I do find it kind of clever, it is in my humble opinion a little cheesy. I do feel obligated to share the song, as I’ve always heard that once you have a song stuck in your head, the best way to get rid of it is to give it to someone else. Yes, I am laughing. So for your viewing and listening pleasure here is the company NiceRink’s ‘The Backyard Rinc Song.’

The Ice Of Life

Fortunately due to a lot of research, I stumbled upon a lot of hockey songs. The one that I love best describes a dad’s love for his son, and the labor of love in making ice. It is a genuine tribute to parents who’ll do anything for their kids. I will redeem myself by giving you something to get the earlier song out of your head. This song perfectly portrays the value of building your own backyard ice rink. Here’s Geoff Dresser’s ‘The Rink Song.’ 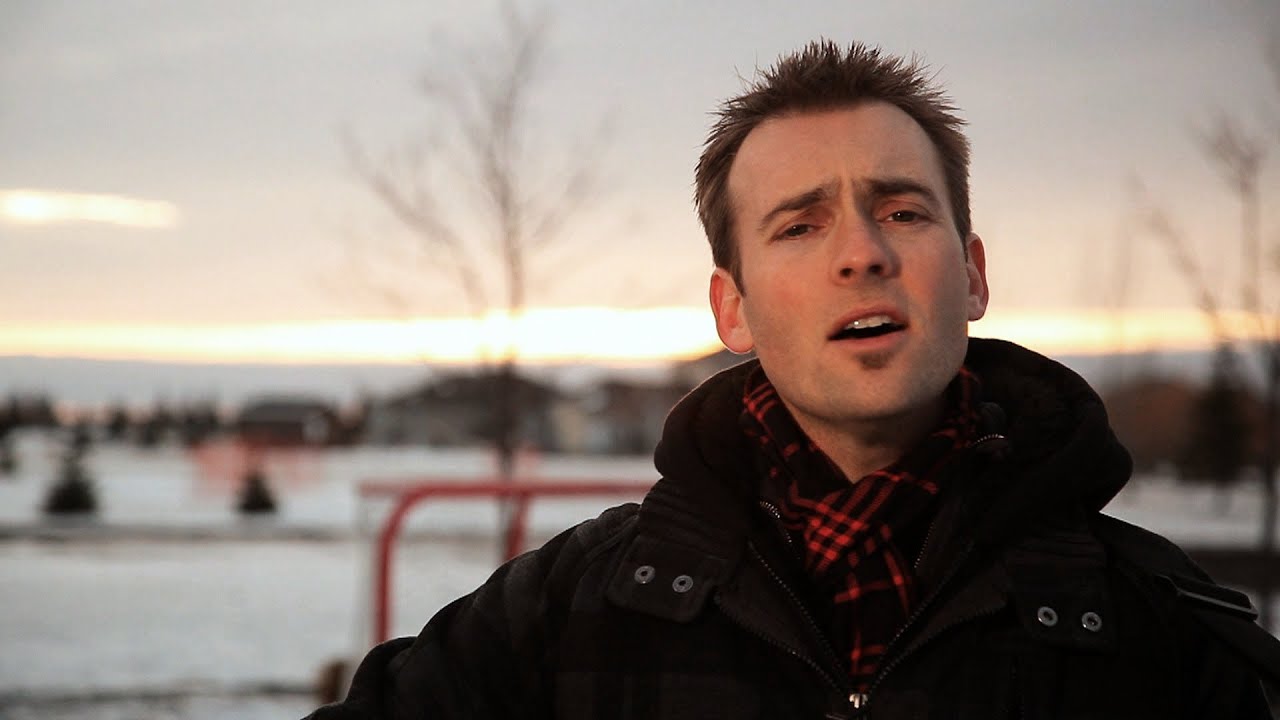 The winter is waning, but I hope once you hear the last song, if you live anywhere that you can have ice for an extended period of time, you’ll think twice about forgoing that back breaking work and build that backyard ice rink. If you build it, I can guarantee they will play.