While many teams are making trades to bolster their clubs or acquire assets ahead of the 2018 NHL Trade Deadline, the waiver wire is an interesting way for playoff teams to try and make an addition for a playoff run. All three teams who made a waiver claim are deep in a playoff race with the Flyers sitting in second-place in the ultra-competitive Metropolitan Division, the Calgary Flames sitting in a Wildcard spot in the Western Conference and the Colorado Avalanche sitting just four points behind the Flames with two games in-hand.

Though the Flyers lost Alt to the Avalanche on waivers, they acquired Oduya from the Ottawa Senators in the process. In the end, it was a one-for-one swap for Philadelphia as they deemed the 36-year-old Oduya, a player with 106 games of postseason experience, to be more important for their playoff plans than the 26-year-old Alt who has only played in NHL games in his career. 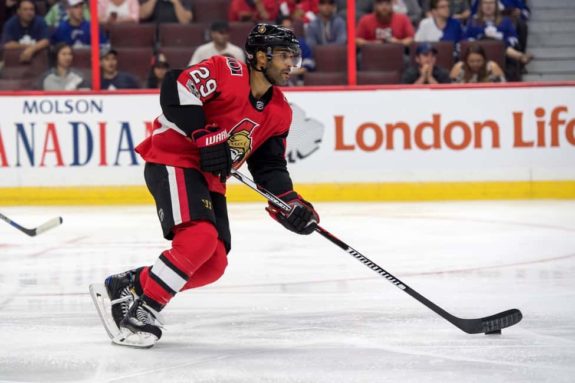 The Flyers have made their mark in the Metropolitan Division this season and are only one point behind the first-place Washington Capitals. Though the Flyers received a blow in recent weeks with the news that goaltender Brian Elliott would be missing time with an injury, the Flyers made a trade to acquire goaltender Petr Mrazek from the Detroit Red Wings to continue their ascent to the top of the standings.

The Avalanche are sitting just a few points out of a playoff spot with games-in-hand on the four teams ahead of them in the Wildcard race. Adding Alt may not be the difference maker for the Avalanche, but his addition doesn’t hurt them at all as a 26-year-old, big defender who adds depth to their roster.

The Avalanche were far and away the NHL’s worst team last season but have had an incredible turnaround this season despite trading away star center Matt Duchene to the Senators in a blockbuster deal. It may not have seemed like the Avalanche would be competing for a playoff spot at any point in the near future as recently as last year, but this team is proving doubters wrong and working hard at making the teams ahead of them sweat down the stretch.

The addition of Stewart from the Minnesota Wild for the Flames is an interesting one. While he may fill a need of theirs on the right side, his contributions on the ice make him a weird fit for Calgary. He plays a physical game and the Flames have always appreciated that type of hockey, but at the same time, he certainly won’t fill a top-six role and could be seen more as a depth add than anything. 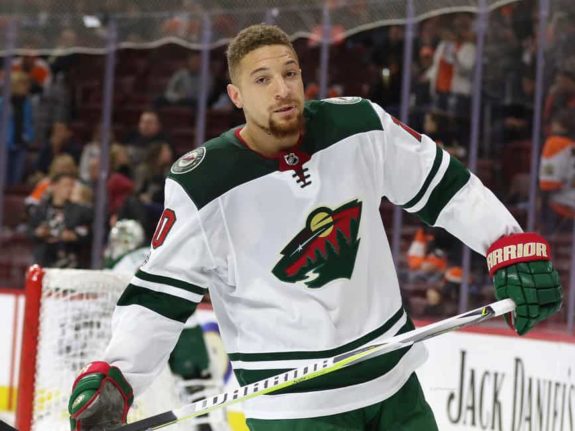 With the move coming via the waiver wire, there really isn’t a negative for Calgary at the end of the day. Adding an extra body for a postseason push is never a bad thing, especially in a physical conference out West where simply being skilled isn’t enough. The Flames hold a Wildcard spot with 73 points in the Pacific Division, but they also sit just one point out of third-place and are two points behind the second-place San Jose Sharks.

They Wore It Once: Blues Players and Their Unique Numbers

Senators’ All-Time One and Done Skaters