October 19, 2013 is a date that many Arizona Coyotes fans will not soon forget. It began with an early-season game against the Coyotes’ old rivals, the Detroit Red Wings. When the final horn sounded, goaltender Mike Smith had placed himself in a special category of netminders in NHL history. With time running out, Smith launched the puck all the way down the rink and hit the empty Detroit net with one-tenth of a second left on the clock. One year has passed since that night and the Coyotes have experienced a number of changes to their organization. There are new players on the roster, new names for both the team and the arena, and even a new majority owner set to come into the organization. Still, Smith’s goal will be forever etched in hockey history. Sunday marks the one-year anniversary of this game, so let’s take a look back at this memorable moment.

After trailing the Red Wings 2-0 for most of the game, the Coyotes erupted with five goals in the final 21 minutes. Antoine Vermette scored in the final minute of the second period, Mike Ribeiro added two goals in the third period, and Martin Hanzal tallied the breakaway goal that ended up being the game-winner. The Coyotes were well on their way to a win and the season-series sweep of Detroit. However, the 14,624 fans in attendance that night had no idea that Arizona’s goaltender was going to end this game with style.

As the final seconds elapsed, Smith snared a shot from Detroit’s Mikael Samuelsson. Then, he sent the puck sailing over everyone on the ice and towards the vacant net on the other end of the rink. It was a race against time and, fortunately for Smith, the puck won. This was Smith’s first career goal in the NHL, but it was not the first time Smith had scored during a game in his professional career. In 2002, when Smith was in the ECHL with the Lexington Men O’ War, he also notched a goal by shooting the puck into an empty net. 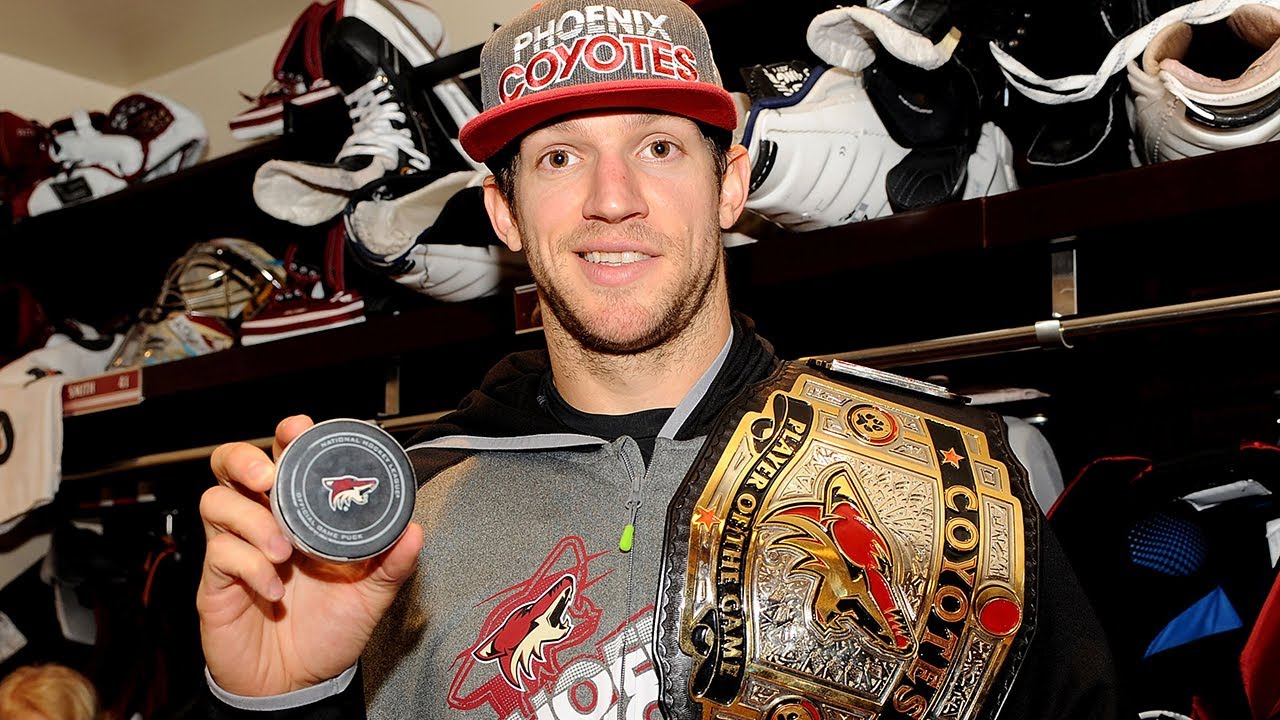 While a goaltender scoring a goal is considered a rare occurrence, it has actually happened in each of the last three NHL seasons. Martin Brodeur recorded his third career goal (including playoffs) during the strike-shortened 2013 campaign, while Cam Ward was credited with a goal in the 2011-12 season. However, Brodeur and Ward had their goals awarded to them by being the last player on their team to touch the puck before the other team scored on their own goal.

Charles Woodall-Pike is a journalist who writes about the Arizona Coyotes for The Hockey Writers.