Patrick Bordeleau was selected in the fourth round of the 2004 NHL draft by the Minnesota Wild, 114th overall.  His road to the NHL has certainly not been an easy one.  Bordeleau bounced around nine different minor league teams in the ECHL and AHL from 2007 until 2013, when he finally got his first taste of the National Hockey League with the Colorado Avalanche.

At 6’6″, 225lbs, Bordy is a large, imposing figure and his six NHL fights so far this season, Bordy has accumulated a fight card with an impressive record of 5-0-1 as documented by hockeyfights.com.  Here is his first NHL fight against Jared Boll from the Columbus Blue Jackets: 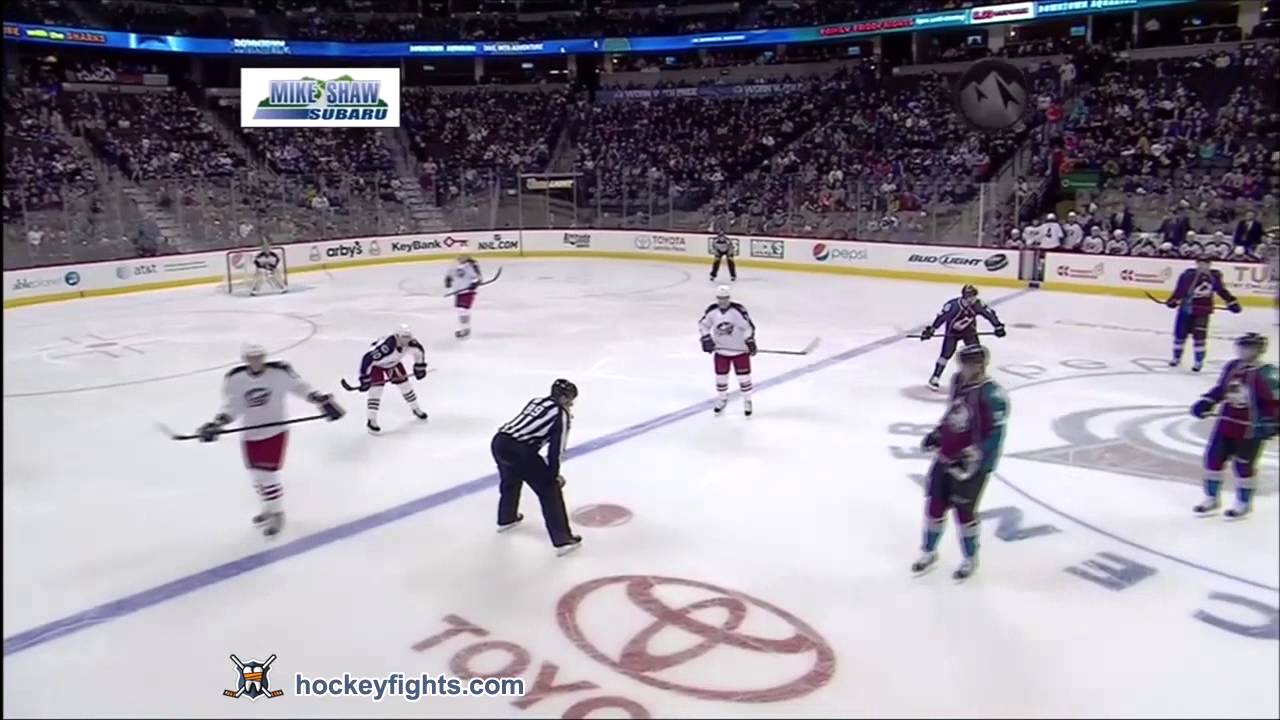 Scott “The Sheriff” Parker is probably the most revered enforcer to ever patrol for the Burgundy and Blue.  Parker played in parts of six seasons for the Avs and was a member of the legendary 2001 Stanley Cup winning team.  At 6’5″, 240″, Parker was a feared enforcer league-wide and certainly looked the part as well.  Bordy vs. Parker in his prime would be quite a battle indeed!

Cody McLeod has patrolled the Avs third and fourth lines for years now and has never been one to back down from a fight.  At 6’2″, 210lbs, Highlander is not a small guy by any means, but is also not built like the heavyweight Bordy is.  With a true enforcer on the roster this season, McLeod has more freedom to open up his game and be an effective agitator and sometimes even playmaker.