Patrick Kane has been the hot topic for months, and almost none of it had to do with hockey. I’m not going to carry on about what occurred in the offseason, because there is absolutely no winning in that conversation. All involved parties were hurt, and no amount of debate will alleviate any of the heartache suffered.

What we do know is that no charges were filed, and for all intents and purposes, the legal system has presented a substantial amount of evidence that indicates Kane was rightfully cleared.  Like it, or not (that is up to you) Patrick Kane is free to do what he does best.

And for Blackhawks’ fans, that has been a lot more fun to talk about.

Kane is undoubtedly one of the most prolific goal scorers in the NHL today. He is currently riding a 13 game point streak, and a seven game goal-scoring streak. He is also leading the league in scoring with 28 points after Sunday night’s win against the Calgary Flames (1G, 1A). Kane’s seven goals in the last seven games is good enough to be the top scorer on thirteen NHL teams (including the Blackhawks), so far this season.

In fact, he has already surpassed his point total from before the circus trip last year, and is on pace to score just under 126 points at the clip he’s currently on. That’s roughly 58 goals and 67 assists. Of course, the likelihood of Kane maintaining the tear he is currently on is slim, but his numbers should still be quite impressive, even if they dip off a bit.

Patrick Kane is currently the best player in the NHL. Playing this well with 2 new line/teammates is pretty amazing. pic.twitter.com/7R77MFR9RD

Kane, Artemi Panarin and Artem Anisimov have dominated the teams scoring throughout the season, but often times the plays begin and/or end on Kane’s stick. He has an uncanny ability to see the ice in fast forward, intuitively knowing where the puck will be, and visualizing every seam the puck could travel through.  Kane also has the ability to absolutely undress a defender with his shifty skating, and his slick hands.

“Game in game out, he’s a force every night,” coach Joel Quenneville said. “He has the puck probably more than he ever has. When he does have the puck good things are happening. That line’s been dynamic in a lot of ways. Everybody’s been playing well, everybody’s doing a little something different each and every night. ” (Chris Hine ~ Chicago Tribune)

A Very Particular Set Of Skills

Perhaps what he does best is improvise, and score big goals.  Almost every night, Kane makes a highlight-reel worthy pass, or a shot that no one saw coming that rips past several defenders, and through the netminder.  Credit to his line mates, because they always seem to be in on the play, even though Kane himself is often playing free style hockey.  That is part of what makes him so much fun to watch on a nightly basis.  Even his own team can’t help but marvel at his particular set of skills.

“We’re pretty used to Kane doing that,” said Blackhawks goalie Corey Crawford, after the Hawks win over the St. Louis Blues on Saturday night. “That’s nothing new from him. He always finds a way to score big goals and he just doesn’t stop.” 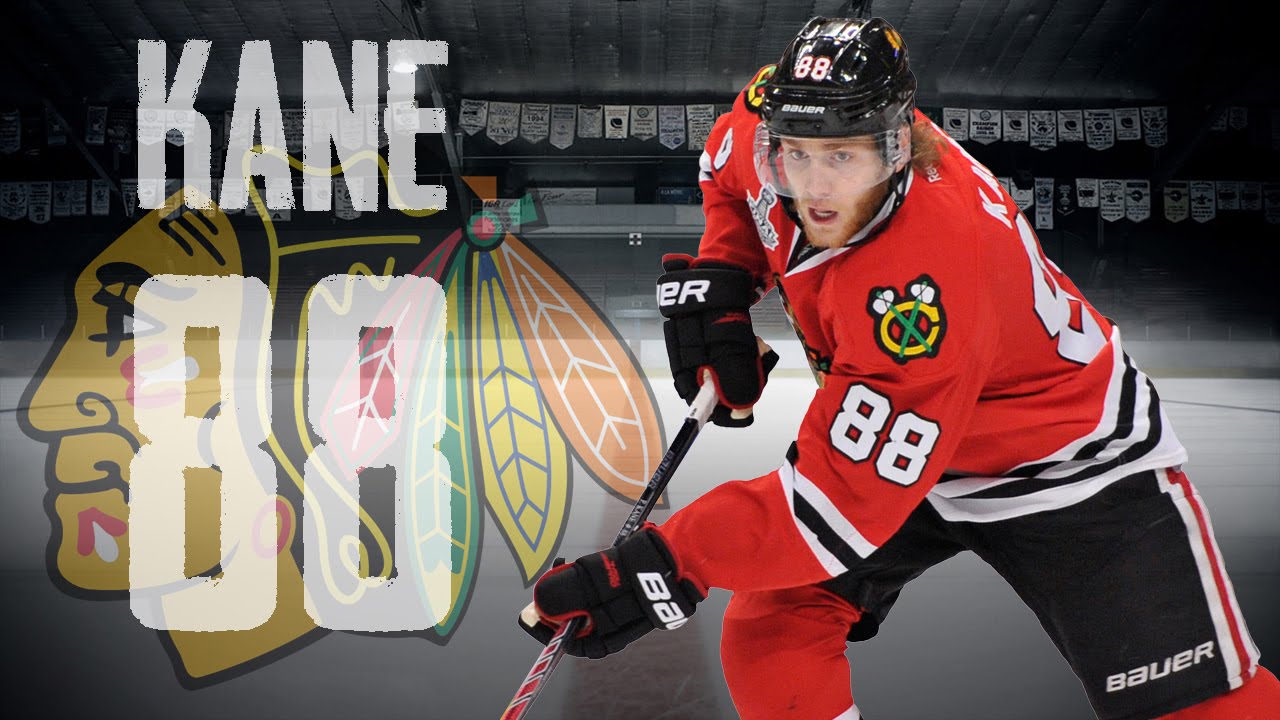 Sometimes the best way to silence those who rise against you, is to put your head down and get to work.  Kane has certainly adopted that tactic. He was on pace for an MVP season last year, but that was cut short by an injury that ended his season.  He returned for the postseason, adding 11 goals and 12 assists on his way to raising the team’s third Stanley Cup in six years.  This year, Kane has simply picked up where he left off.

In 18 games, he has 13 goals, and 15 assists.  Kane also has four game winning goals; In case you were wondering, his best mark in this category in any season is six. For the record, Kane also has seven hits so far, if he kept up those numbers he’d be on par for 31 hits, 9 more than he has recorded in any given season.

Coach Joel Quenneville had an uncharacteristic ear-to-ear grin as he took the compliments a step further a couple of nights ago, after a win against the Edmonton Oilers.

“He was arguably an MVP (last season),” Quenneville said. “And this year, he’s taken off to a different level. That’s how consistent he’s been, how big of a threat he has been, and how dangerous he is when he touches the puck.”

The business of hockey is booming, and Patrick Kane is at the forefront, leading the charge.  Kane is out to prove to the league, and the Blackhawks organization just how valuable he can be to the game of hockey, and he is doing it by playing like a one man highlight reel.

He has nothing to prove to his fans.  Sure, he may have lost some, as have the Blackhawks, but the fan base in Chicago is still as rabid as ever, and the United Center is still selling out on a nightly basis.

Regardless of which city the Hawks are playing in, there is still a veritable sea of red in the stands; Many of them still wearing the number 88.