The Toronto Maple Leafs are going for it. There’s no denying that anymore. After making it to the playoffs and giving the Washington Capitals a real fight, the Leafs have used this offseason to improve even more in the next few years.

The Leafs made several small moves on the opening day of free agency, bringing back backup goalie Curtis McElhinney as well as signing defenseman Ron Hainsey and center Dominic Moore. While some complained about the cap hit for Hainsey, the contracts are short and will be over by the time the Leafs need to sign their young trio.

Their biggest move was on Sunday as they pried Patrick Marleau away from the San Jose Sharks with a three-year deal worth $6.25 million per year.

How does Marleau help the Leafs? Well, anyone questioning why the Leafs signed a 37-year-old for three years should consider the fact that Marleau hasn’t missed a game since 2009. He’s also been close 50 points the last two seasons, which is only a small drop off from his previous seasons. If he plays with Auston Matthews on the Leafs’ first line, it would not be surprising to see him return to that 50-point plateau. Ranked fifth in points among active NHLers, the Leafs are not getting an average 37-year-old. 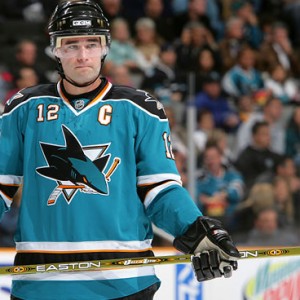 The other bonus is his leadership. Playing with Matthews, presumably, Marleau should have a positive impact on the young center. With all the compliments about his character, it looks like he’ll be another ‘dad’ in the room and one that can put up more points the Leafs incumbent Matt Martin.

Another plus for Marleau joining the Leafs is helping bust a myth about Mike Babcock. One theory bouncing around NHL fandom is that veterans don’t want to play for the Leafs head coach as his coaching style can be a bit grating on players. Well, Marleau doesn’t agree with that assessment. Playing for Babcock in two Olympics and coming home with two gold medals, Marleau says that the coach was definitely a factor in his decision.

“It definitely played a huge factor in it… I look forward to having that pressure on me and having him want things out of me and pushing me. I expect a lot out of myself and I know he does, too. I’m ready for the work.”

So how about the contract? While it was initially surprising for him to get the three years, that’s what it took to sign him. While that third year does infringe on the beginning of Matthews’ and Mitch Marner’s new contracts, it’s not that big of a problem.

The Leafs’ roster at the end of Marleau’s contract could look very different than the one we see now. They only have 12 players under contract past this season with contracts for James van Riemsdyk, Tyler Bozak and Leo Komarov coming to an end. Whether any or all of these players will be brought back is unknown.

JVR could be moved as a result of the Marleau signing to improve the Leafs’ defence. Players that obviously won’t be brought back after this season are Eric Fehr and Joffrey Lupul. The Leafs also have the buyout periods of Tim Gleason and Jared Cowen ending this season.

As some of these players move on, the Leafs will have young players ready to join the lineup. If Kasperi Kapanen isn’t a full-time Leaf this season, he will be in the next few for sure. There are other wingers like Andreas Johnsson, Kerby Rychel and Jeremy Bracco that could be Leafs sooner rather than later. The point is that the Leafs are going to have more than a few players on entry-level or otherwise cheap contracts in Marleau’s third season.

There is an interesting point about Leafs’ history that Marleau shares though.

What do you think of the signing?