Paul Kariya was a young phenom, the face of a young franchise. He was given lofty expectations and broke into the league around the same time as two other comparable Hall of Fame players, Pavel Bure and Eric Lindros. Plus, Kariya was a solid all-around player and a statesman for the sport of hockey.
Paul Kariya is Hall of Fame worthy.

Rise of a Star

Before reaching the NHL, Kariya was on the fast track to becoming a star. The Vancouver, BC-native was named 1992 Canadian Junior Player of the Year. In 1993, Kariya helped Canada win gold at the World Junior Championships.

At the college ranks, the speedy left winger captured the Hobey Baker Award and helped the University of Maine to a NCAA title in 1993. During that magical season with the Black Bears, Kariya tallied 100 points in 39 contests.

With the fourth-overall pick in the 1993 NHL Entry Draft, the Mighty Ducks of Anaheim selected Kariya. The selection put a stamp on the expansion franchise and set them up for future success. There was no mistake as to why Kariya was issued No. 9 and he made sure to live up to the number.

Kariya played nine seasons with the Mighty Ducks, serving as team captain in seven of them, he was the youngest captain in the league at age 21. During his rookie campaign, Kariya finished third in Calder Trophy voting at the end of the lockout-shortened season.

In 1996-97, Kariya helped Anaheim reach the postseason for the first time in franchise history. It was yet another star-studded season for him, finishing second in voting for the Hart Memorial Trophy, he also earned another Lady Byng Trophy and another All-Star appearance. Plus, Kariya notched a league-best ten game-winning goals and a league-high 340 shots on goal.

Kariya carried over the success of a 99 point season into the Stanley Cup playoffs. Across eleven postseason contests, Kariya totaled 13 points. During Game 6 of the Western Conference Quarter Finals against the then Phoenix Coyotes, Kariya netted a 3-2 game-winner in overtime. Anaheim would take the series in seven.

While injuries, lockouts, and contract squabbles took away some opportunities from Kariya, he still managed to produce some big league numbers in the “dead puck era.” He finished his career as a point per game player. In 15 seasons, Kariya registered one 50 goal campaign, three seasons of 40 or more and seven seasons of 30 or more. 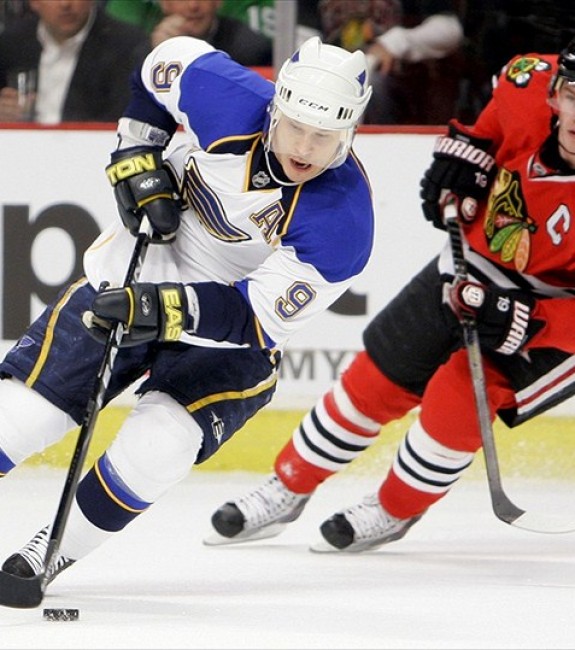 Heart of a Champion

Kariya wasn’t a big guy by any stretch. Yet, he played with a big heart and toughness. Although he would help team Canada win the Olympic gold medal in 2002, a Stanley Cup title would elude his career.

The closest Kariya would come to winning a title was the 2002-03 season, when the Mighty Ducks won the Western Conference and pushed the New Jersey Devils to a Game 7 in the Stanley Cup Final. It was Kariya’s final season with Anaheim before he would move on to Colorado, Nashville and finally St. Louis.

During that postseason run, Kariya notched 12 points in 21 games, including a triple-overtime game-winning goal in Game 1 of the Western Conference Quarter Finals in Detroit.

However, his signature play would come during Game 6 of the Stanley Cup Final. Midway through the second period, Kariya was leveled by Devils defenseman and opposing fellow captain Scott Stevens. Yet, Kariya would return to the bench and the ice. Late in the same frame, he slapped home a howitzer past Martin Brodeur, putting the game essentially out of reach.

The sheer skill and guts of Kariya in that game are a summation of what he’s all about. That’s why I believe Kariya will soon be inducted into the Hockey Hall of Fame.