Mike Smith is always eager to rise to the occasion while minding the net for the Phoenix Coyotes.  The eight year NHL veteran remains perhaps the league’s most underrated goaltender, but he certainly commands respect with numbers that speak for themselves.  Despite winning only one of his last six starts, Smith is riding a .932 save percentage over a span of Coyotes games replete with missed scoring opportunities and dormant offensive production.  The Coyotes lit the lamp only once in regulation on three separate occasions during the final few weeks before the brief Christmas break, but Smith didn’t even consider throwing in the towel.  He stopped 81 out of 86 opposing shots during the three contests despite minimal reciprocation at the offensive end.

However, despite his non-stop workhorse efforts, the only recognition Smith earned on the national stage during this stretch emerged after the Coyotes lost an overtime game in Buffalo on December 23.  Smith was unaware that a deflected puck had landed in the back of his pants, and when he backed up into the net anticipating a rebound shot, the puck crossed the line and the Sabres were awarded the game winning goal.  Sadly, hockey fans and commentators alike became so fixated on the “puck in the pants” incident (for its understandably obvious entertainment value) that Smith’s otherwise stalwart efforts continued, for the most part, to remain unacknowledged.

Nonetheless, despite the ongoing lack of respect from most puck pundits, one only needs to peruse NHL highlight reels for a firsthand glimpse at Smith’s ability to make key saves at crucial moments, often willing to test the human body’s limits in order to thwart an opponent from scoring.

Mike Smith Going Above And Beyond

The pro hockey subculture also seems oblivious to the workload Mike Smith has faced this season.  Overall, he’s been peppered with 1,032 shots from opposing skaters, more than any other NHL goaltender.  With the exception of Buffalo’s Ryan Miller (1,023 SA) no other net minder in the league has endured more than 950, and so far (at time this of this article) only 14 of the league’s goaltenders have have been treated to over 800 opposing SOG attempts.

A two game road trip in St. Louis and Chicago earlier this season was especially brutal for the 31 year old Smith, who signed with the Coyotes just prior to the 2011-12 season.  On November 12, the Blues blasted 39 shots at Smith.  He stopped 37 of those shots and the Coyotes won the game in overtime.  Two nights later in Chicago, the defending Stanley Cup champs rifled an eye-popping 52 shots at Smith, and he stopped 48.  The Coyotes left the windy city with a point in the standings after eventually losing in a shootout.  Had it not been for Mike Smith’s relentless determination to protect his net, the Coyotes could have very easily returned to the Arizona desert empty handed, leaving four points on the table instead of one.

It Comes With The Territory

You’ll never hear Mike Smith complain about the challenges he encounters on a consistent basis. Instead, he contends that he’s simply doing his job.  If the job is harder than expected, so be it.

“Whatever I have to do to keep the team in the game, make saves at the right time, that’s my job,” Smith asserted after facing the 52 SOG in Chicago.

“We’ve gained confidence that we can be a resilient group,” Smith said after a November comeback win over the  Washington Capitals.  “It’s nice to know that we’re never down and out, makes my job a lot more fun because I know that every save matters.”

Smith captured the national spotlight on one other occasion this season, scoring a goal himself during a home game versus the Detroit Red Wings with a scant one-tenth of a second remaining in the final period.  Going forward, the highlight reels will hopefully air more of Mike Smith’s stellar moments that truly showcase his abilities as a high-caliber goaltender.  He’s certainly earned this. 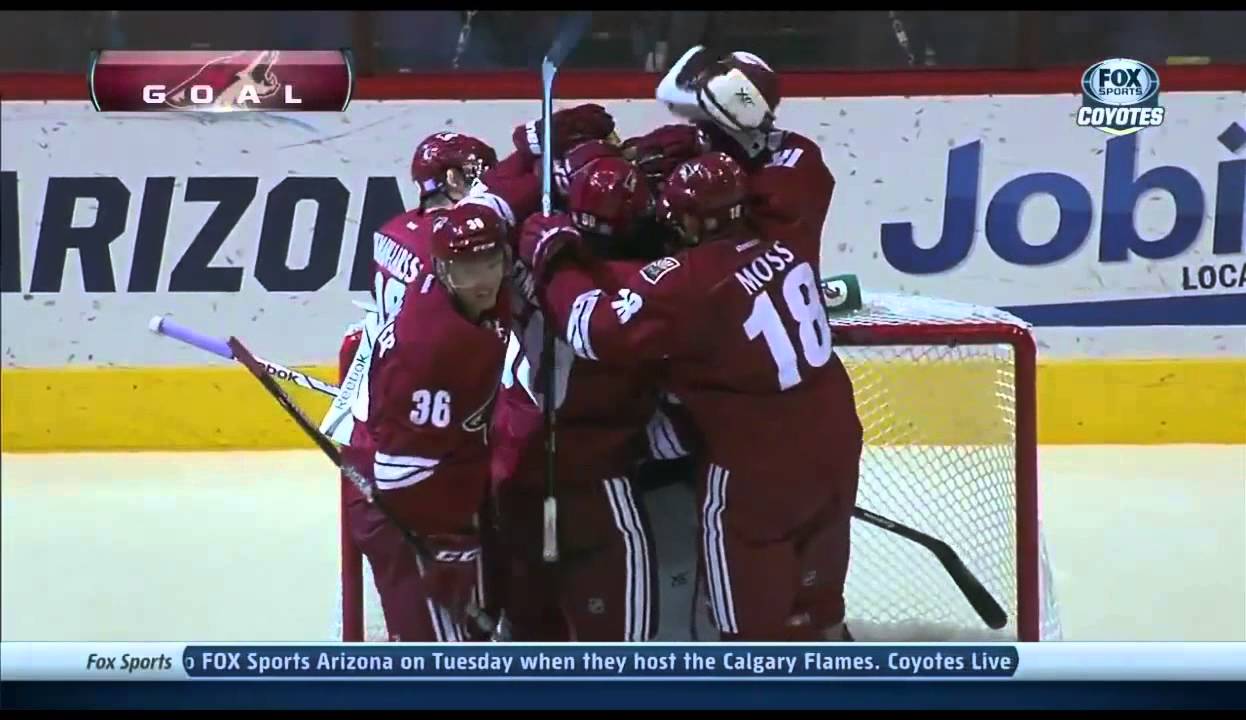 Check out our partners at TiqIQ for the best deals on Phoenix Coyotes tickets for all 2013-14 games.