No Roman Josi, no problem. The Nashville Predators were without their fearless leader during the matinee game on Sunday afternoon. Fans worried as Matt Irwin and Yannick Weber stepped up to fill the roles that were left empty by injuries. As those three prepared, tested linemates were split. Mattias Ekholm and P.K. Subban would not take on the opponent’s top line; instead, Ekholm and Ryan Ellis would reunite while Subban would ride alongside Alexei Emelin.

I’m sure many looked across the rink at former Predator Samuel Girard and wished he was still wearing the gold and blue. But alas, Emelin would take the fourth spot on the defense, and looked passable at best. The real story was the top three, who stepped up on the spreadsheet as well as the scoreboard.

It’s impossible to mention the Predators without Subban. As he goes, the Predators go, and Sunday was no exception. He carried Emelin alongside him, although it was clear the Avalanche were targeting the left side of the ice. The only one who dared challenge Subban was Hart candidate Nathan MacKinnon, and Subban did a good job of keeping him to the outside. Let’s take a look at what the stats say. For reference, I’m using unblocked shot attempts (Fenwick), scoring chances (SC), high-danger scoring chances (HDC), and zone starts for (offensive) and against (defensive). All stats are at even strength. 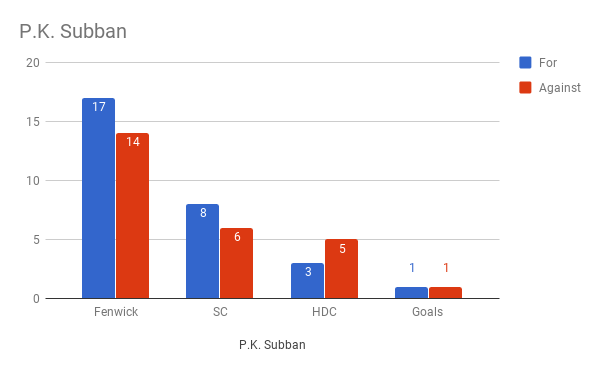 Overall, a good day. All five of the HDCs came against the MacKinnon line, which is to be expected against such a dominant talent. Otherwise, Subban helped generate shots and was a master at keeping the puck in the offensive zone. His contributions in the offensive zone weren’t limited to the scoresheet, but it should be mentioned that he set up the Ellis goal to tie the game late.

While the HDCs are in Colorado’s favor, everything else was coming up Subban. He’s in postseason form and seemingly getting better day by the day. I worry if this is starting to take a toll on his body, but it’s hard to complain about the results presented. Subban’s strength comes from his ability to move through the offensive zone, but he looked hesitant at times. This allowed the Avalanche to break out easier, which in turn led to more chances against Subban. As Ekholm returns to his side, Subban will become more aggressive and do a better job of stifling the breakout.

All in all, Subban had the hardest job of all the defensemen and kept the Avalanche’s top threat off the scoresheet at even strength.

The big, bruising Swede has been a fun player to watch during the 2017-18 season. He went from playing an offensive role alongside Josi to playing shutdown defense with Subban about halfway through the season and didn’t miss a step. My favorite part of the mean defenseman is his ability in the corners, on both ends of the ice. Ekholm can go toe-to-toe with the biggest, baddest guys in the defensive zone, and come out with the puck. What’s even better is that Ekholm turns into one of the best power forwards on a team that features Ryan Hartman and Scott Hartnell in the offensive zone. This was showcased on Sunday, as Ekholm was seemingly everywhere. 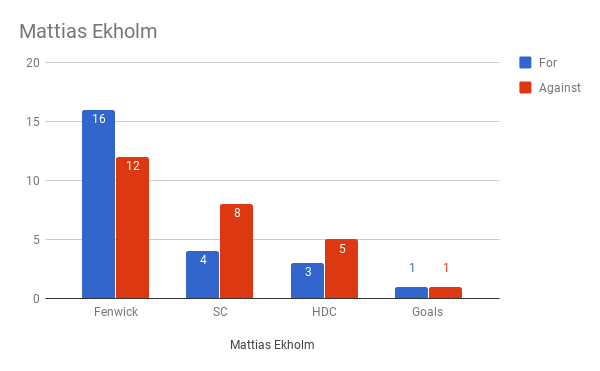 Ekholm and Ellis got off to a rocky start, as some bad communication led to Nikita Zadorov taking a blistering shot that whistled by Pekka Rinne. Should Rinne have stopped that? Probably, but that’s not important now. What’s important is that besides that goal, Ekholm was a monster in front of his own net. While he gave up five high-danger chances, Ekholm put so much pressure on players that only a few connected.

Like Subban, Ekholm only had one point on the night, an assist to Austin Watson’s opening goal. Otherwise, the stats don’t reflect just how good Ekholm was at dominating the corners of the ice. He did take a dumb penalty in the process, but that happens sometimes. While I personally can’t wait for the defenseman to move back to Subban’s side, he’s thrived with yet another partner.

As the saying goes, I saved the best for last. Ellis normally has to be the stay-at-home guy alongside Josi, but when Ekholm was moved to his side, Ellis’s eyes lit up. He was fearless on the ice, he was a wrecking ball in both zones, and he charged into scoring areas with reckless abandon. It was a sight to behold, and the Ewok was quite a show. 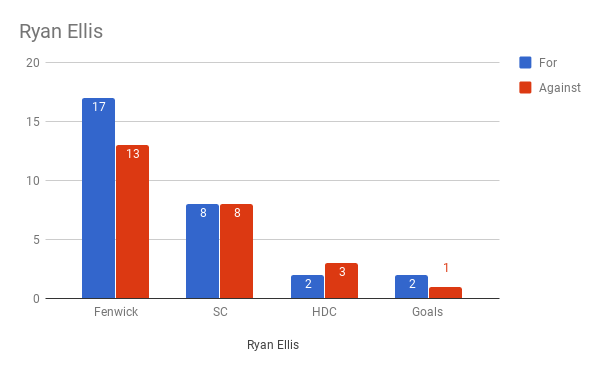 I know he didn’t come back at the end of February, but a fully healthy version of Ryan Ellis is truly the best trade deadline pickup. He’s been nothing short of spectacular in the offensive zone, and while it’s taken him longer to get back to his standard excellence on defense, Ellis is there now. While he did surrender three high-danger chances, it was entirely against top-six competition.

But the defensive zone wasn’t where Ellis shined. No, Ellis was an offensive dynamo and as clutch as any player on the ice. Besides two primary assists, Ellis wired an absolute rocket past Semyon Varlamov to tie up the game with less than two minutes to play. What else is there to say about such an incredible performance? This won’t be every game for Ellis, but it will be most of them, and fans everywhere should rejoice as the defenseman looks ready to make another deep run.

Josi has been listed as day-to-day with an upper-body injury, which is weird considering just days ago he sat out for “maintenance.” But let’s say he’s just resting through an injury that he could play through, for the sake of what I’ll say next. The Predators should rotate one of their top four out for the rest of the season. Subban and Ekholm block a lot of shots and play a tough physical brand of defense, so they’ll need to be at full strength for the battles that lie ahead.

This probably won’t happen, due to the NHL’s archaic warrior mentality, but it may just give them an edge over a hated rival. Who knows, maybe that extra day of rest will be the difference between the Stanley Cup Final and a defeat at the hands of the Winnipeg Jets.