The month of December brought a lot of traffic down memory lane for the Montreal Canadiens. On December 9th, the Habs honored the passing of Jean Béliveau, and on the 18th , it was time for Saku Koivu to step into the spotlight to receive a warm, grateful reception from the Bell Centre crowd. The Canadiens are now hitting the road to Long Island to face what could’ve been.

In the 2009-10 season, Habs’ brass retooled the team for their centennial season, and in an attempt to fracture the recent timeline, the Canadiens let captain Koivu know that he wouldn’t be offered a new contract. Another major star in those days, Alex Kovalev was let go as well. Bob Gainey, GM at the time, brought in Scott Gomez via trade and Brian Gionta, Mike Cammalleri, and Travis Moen through free agency. This was a different team for a different century. Little did Gainey know, the biggest decision regarding the franchise’s future was yet to be made. 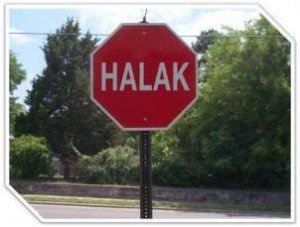 The Prince and the Pauper

After the 2004-05 season was cancelled due to the lock-out, the NHL to hold a league-wide lottery to decide the picking order of the 2005 entry draft. This put a lot of people on edge as the coveted first pick overall would no doubt be needed to grab that kid from Nova Scotia who scored 168 points in 62 games for the Rimouski Oceanic in the QJMHL. Montreal got lucky and received the 5th overall pick; too far down to ever hope to get a shot at Sidney Crosby but their fingers were tightly crossed to get a shot at another franchise player.

Picking before the Canadiens was the Minnesota Wild. It brought back nightmares of the 2001 entry draft when, with the 7th pick overall Montreal was confident they could grab Saku’s brother Mikko Koivu. After telling everyone who would listen that they were looking to pick a goalie in the first round, Minnesota stole Mikko right from under the Canadiens’ nose with the 6th overall pick. So when the Willd’s GM was at the podium at the 2005 entry draft, picking 4th, nervosity was palpable at the bleu-blanc-rouge’s table.

With the fourth overall pick, the Minnesota Wild are proud to select: Benoit Pouliot.

The Canadiens were now in the clear to pick Carey Price. The 18 year old backstop was coming off a losing season with the Tri-City Americans. Playing 63 games, Price earned only 24 wins and maintained a save% of .920 on 1810 shots, a goal against average of 2.34 and posted eight shut-outs.

By the 2009-10 season Montreal left it to their young netminders to protect the paint. Halak, 2 years older than Price, seemed more comfortable out there and saved a few games the Habs would have lost, had it not been for their hot backstop.

Rolling into the 2010 Stanley Cup playoffs, there was no doubt about which goalie would be between the pipes, and what ensued was complete madness. The Canadiens disposed of President Trophy winners, the Washington Capitals, in 7 games. Habs kept the momentum going, plowing through Stanley Cup champions Pittsburgh Penguins, also in 7 games.

The Canadiens, making it to the Eastern Conference Finals for the first time since 1993, lost their legs and fell to the Philadelphia Flyers in 5 games.

Even if the team hadn’t reached the Stanley Cup finals, fans found what they believed was the heir to Patrick Roy’s throne. Halak was the undisputed number 1 and blue chip prospect Carey Price was relegated to backup.

By the time the off-season rolled around, a choice had to be made; Halak had become too good not to be number 1 and Carey Price was projected to be too good to be a back up. Most fans claimed that Price should be dealt as they preferred the immediate success of Halak over the gamble Price represented. Thank the Hockey Gods, Pierre Gauthier (taking over from Bob Gainey, who took a personal leave after the passing of his daughter) decided to ship Jaroslav Halak to the St. Louis Blues in what he called a “big picture decision”.

Here’s a Sportsnet piece about the trade written June 17 2010: http://www.sportsnet.ca/hockey/nhl/halak-blues/

Back To The Future

Fast forward 4 years and we’re seeing the big picture; Price is now one of the most dominant goalies, not only in the league, but in the world. He backstopped Team Canada to a second Olympic Gold medal in as many games, and brought his team to the Eastern Conference Finals the very same year. The big knock on Price back in 2010 was that he had all the talents and physical attributes, but possibly lacked the mental toughness to face the high-pressure situations. Well Price played in 5 elimination games in 2014.  A 2-1 win against Latvia. A 1-0 win against the US. A 3-0 win against Sweden. A 4-0 win, and 3-1 win against the Boston Bruins in the Stanley Cup playoffs. He combined for a 0.40 GAA. How’s that for clutch?

As for Price? Well, if you’re a Habs fan then you know;  he started 28 games, won 18 of them, he saved 92.4% of the 830 shots he faced. Has a GAA of 2.27, GSAA of 8.31 and 2 shut-outs. The Canadiens’ MVP is the main reason Montreal’s record is what it is, and if Montreal finishes atop their division and top three in the east, he’ll no doubt (or at least should be), considered to be in the top 3 finalists for the Hart Trophy.

Goalies are extremely hard to read and even more difficult to predict as so much of their game is mental. Marc-André Fleury is doing great this year but even the more careless of homers wouldn’t bet their paycheck that he’ll do just as well in the playoffs. Roberto Luongo went from best goalie in the world to ‘’that funny guy on twitter’’ in a span of 3 years. The Montreal fan base can thank their lucky stars that Pierre Gauthier did the unpopular thing. Tuning out the media and rejecting fans’ popular beliefs has a steep price in this town, and Gauthier knows it firsthand. To his credit he took the bullet for the long-term success of the organization over instant gratification. Every time the Habs play the Rangers, someone always brings up what a terrible trade McDonagh for Gomez was for Montreal. I can live with the odd McDonagh goal against the Canadiens, but I would have hated watching the Habs try to score on a focused Carey Price.