The Tampa Bay Lightning are building an empire in the southern part of the NHL and they are building it with a strong foundation as evidenced by the size of some of their defensemen throughout the organization: Victor Hedman – 6’6”, Braydon Coburn 6’5”, Andrej Sustr 6’8” are giants at the NHL level. 21-year-old Slater Koekkoek at 6’2” is tied for the smallest on the Syracuse Crunch blueline; but everyone on the Syracuse blueline is 6’2” or 6’3” with the exception of Joey Mormina (6’6”).

In his first pro season at the AHL level Koekkoek has adapted nicely so far, he appeared in 72 (of 76) games tallying 26 points (5g-21a), helping the Crunch to one of the best records in the Eastern Conference and he was called up near the end of the season to make his NHL debut with the Lightning when their defense was battling through numerous injuries.

Congrats to Slater Koekkoek who has made his #NHL debut with the @TBLightning! pic.twitter.com/QQl60lMKs0

Players with interesting names always attract our attention and Slater Koekkoek (pronounced KOO-koo) is no different, and he’s also pretty good at hockey too. Recently The Hockey Writers had the opportunity to ask Koekkoek about living his dream — from getting drafted to making his NHL debut during his first pro season almost three full years later.

The Hockey Writers: Tampa Bay selected you tenth overall in the 2012 NHL Draft; what are your memories from that day? Was it the first time you met Steve Yzerman?

Slater Koekkoek: I had met with the members of the Lightning organization, I guess it was the morning of the draft; they asked me who I was talking to (other teams). Ultimately it came down to them and a few other teams and I was fortunate to be picked by Tampa.

Reactions from draft day with Slater Koekkoek in Pittsburgh: 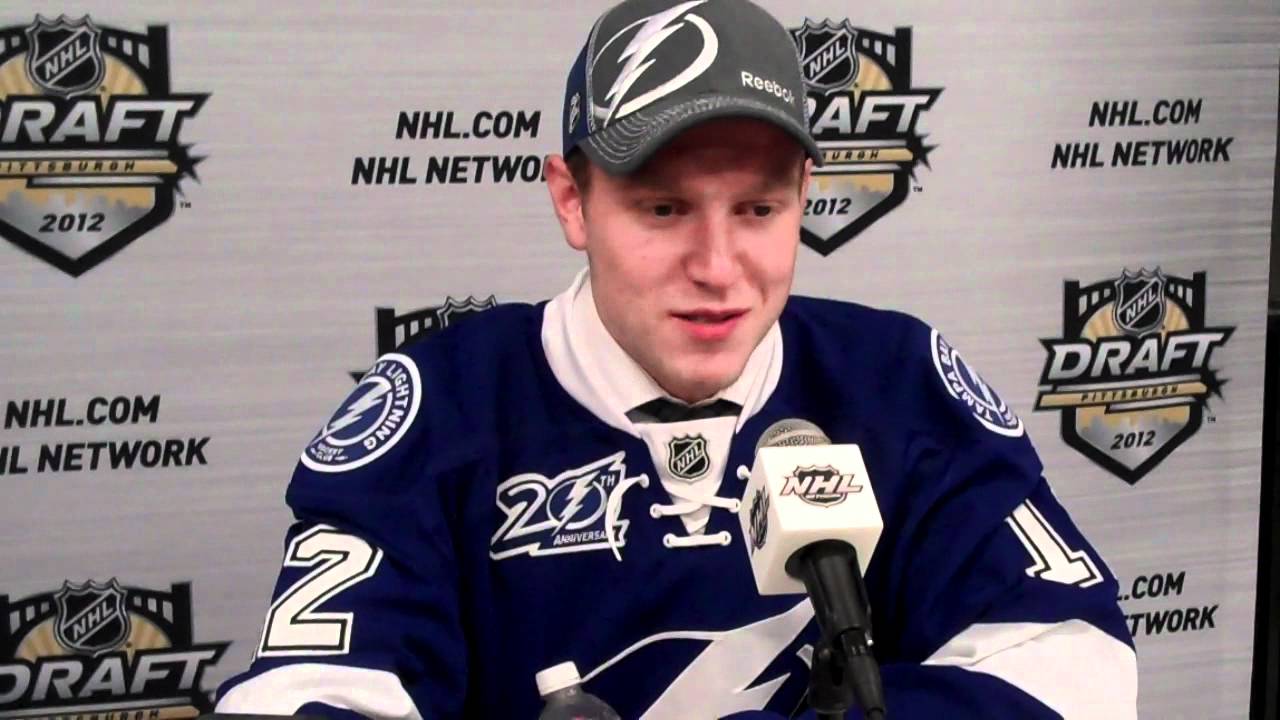 THW: You recently had your first three-game stint with the Tampa Bay Lightning; what did you take away from that experience and was there a moment where you found yourself on the ice thinking, ‘Wow, I’m in the NHL’?

SK: The first game was kind of a blur; it didn’t really sink in (that it happened). I think the moment that it did (sink in) was after the game — with my parents and my billet parents; all my family (members) that made it to the game, once I sat down it all sunk in.

THW: That first NHL game was in your home Province of Ontario against the Maple Leafs; how big of a thrill was that and how many family & friends were there?

SK: They were there for my second game in Ottawa; my hometown’s (Winchester) not too far away. But for the schedule to work out like that, it was pretty special.

THW: You managed to record six shots on goal in your three NHL games; did you make a conscious effort to put pucks on net or was it just something that happened in the flow of the game?

SK: I didn’t know that (laughs). The way I play I hopefully can generate shots per game, and I was fortunate enough to do that. I almost scored one in Ottawa (smiles) that would have been real nice to do, but oh well.

THW: What was the message that the coaching staff gave you before you were reassigned to Syracuse?

SK: They just told me that I left a good calling card for the next time anything happens (injury wise) or whatnot; to keep working hard — do I everything I can to help Syracuse win. They were happy, they thought I played well and continue to develop here with Syracuse. 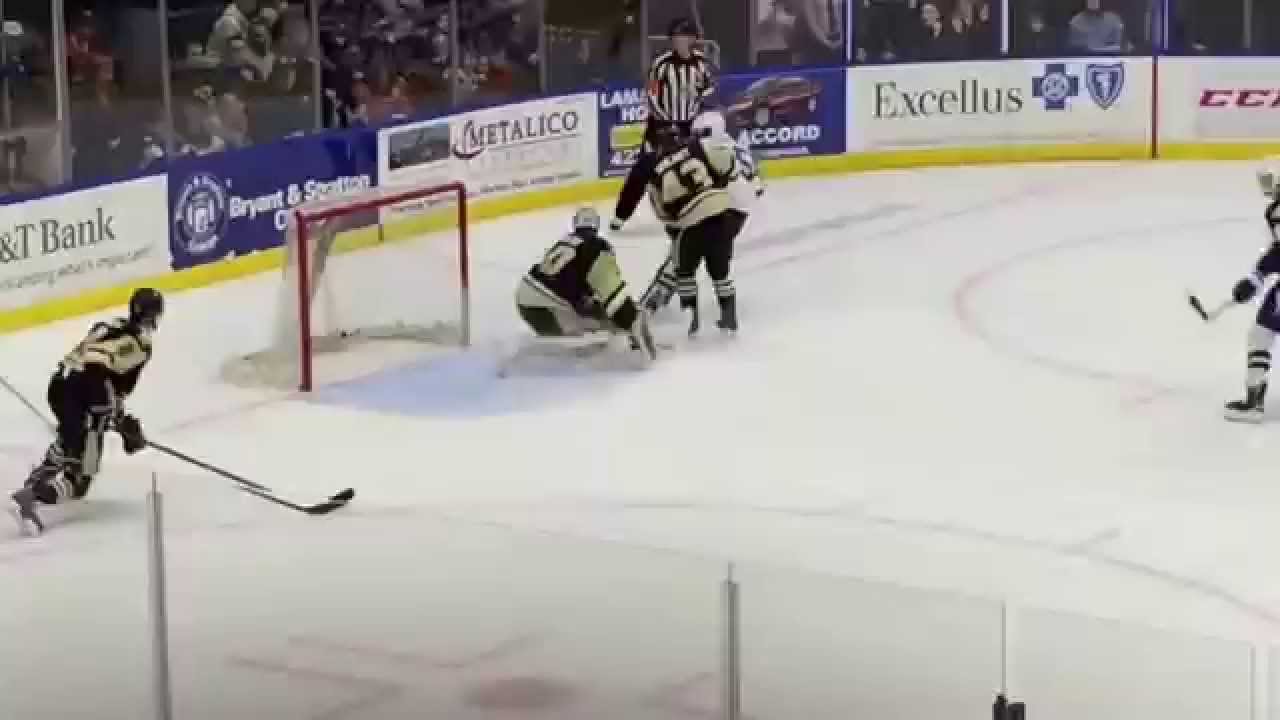 THW: You are having a nice rookie season in the AHL with the Crunch — what’s the biggest lesson you learned in your first season as a pro?

Thanks again to the fabulous Kristen Denick (Sponsorship Services Intern for the Syracuse Crunch) for helping to put this together for THW.