With the 2018 NHL trade deadline in the rear-view mirror, the focus of the Detroit Red Wings turns to developing their prospects as part of the rebuild. Player development is indeed a year-long process but is cast into the spotlight this time of year as the NHL team continues to flounder.

Understanding how prospects are progressing also plays into offseason roster management decisions. For example, if the Red Wings decide to move a defenseman, do they have someone ready to step in full-time? (Yes, they do, but that’s another story.)

So as the NHL season winds down and the possibility of a return to the postseason fades from reality, there are a few prospect storylines to follow. Let’s examine those narratives to gain more insight into Detroit’s future.

The thought of selling at the trade deadline gave many the hope of seeing Joe Hicketts, Filip Hronek, Evgeny Svechnikov, and Dominic Turgeon, among others, in the Red Wings’ lineup for the rest of the season. While not enough trades were completed to see this come to fruition, fear not—these prospects will see NHL ice time before the 2017-18 campaign is concluded, even with rules limiting the amount of call-ups.

Following the trade deadline, teams are allotted four call-ups from their AHL squads. Tyler Bertuzzi and Jared Coreau count as two since they were assigned to Grand Rapids just prior to the trade deadline, making them eligible for the AHL playoffs. So how can the others get a look in Detroit? Emergency recalls—that’s how.

Last season, the Red Wings recalled four players from Grand Rapids following the trade deadline and another three under “emergency conditions”—when the team had less than two goalies, six defensemen, and 12 forwards healthy. Toward the end of the season, injuries could, and most likely will, pop up resulting in the need to bring up additional players. That way, Hicketts, Hronek, Svechnikov, and Turgeon can all play a few NHL games before the season is over and still participate in the AHL playoffs. The latter games are more important to development in management’s eyes. It’s a fair assessment considering the fact that these players would be playing significant minutes in high-pressure games for the Griffins.

After trading Petr Mrazek, the question then became: Who is Detroit’s goalie of the future? Two goaltenders came to mind: Keith Petruzzelli and Filip Larsson. The former is finishing up his freshman season with Quinnipiac and the latter has been tearing up the USHL. Petruzzelli, however, has struggled a little bit since joining the college hockey ranks.

Yes, he’s just a freshman, but the netminder has only appeared in 15 of his team’s 36 games after losing out on the starting job to sophomore Andrew Shortridge. In those 15 games, Petruzzelli has logged a 2.65 goals-against average (GAA) and .903 save percentage (SV%)—hardly spectacular numbers for the former USA Hockey goaltender of the year. If Petruzzelli is going to improve, he needs to play. And as it presently stands, his goaltending partner has two more years of college hockey ahead of him.

There are a few options here for Petruzzelli and the Red Wings:

Of the three options, the first scenario seems to be the most likely choice. His brother attends Quinnipiac and plays on the men’s hockey team as well. Plus, Petruzzelli loves the school. But there’s also the player development side of it—how can Petruzzelli reach his potential and advance to the NHL one day?

Let’s hope Petruzzelli gets the ice time he needs to develop into an even better netminder. Starting and winning Quinnipiac’s first two ECAC Tournament games could be a springboard for a surprise postseason run and a successful sophomore campaign next fall. That, and hopefully Filip Larsson can lock down the starting job when he arrives at the University of Denver later this year.

With the regular season of his senior campaign in the books, Red Wings prospect David Pope is an NCHC postseason away from potentially joining the organization that drafted him five years ago. Detroit’s fourth-round pick for the 2013 draft has put together an incredible final season at the University of Nebraska-Omaha, with 20 goals and 40 points in 33 games. 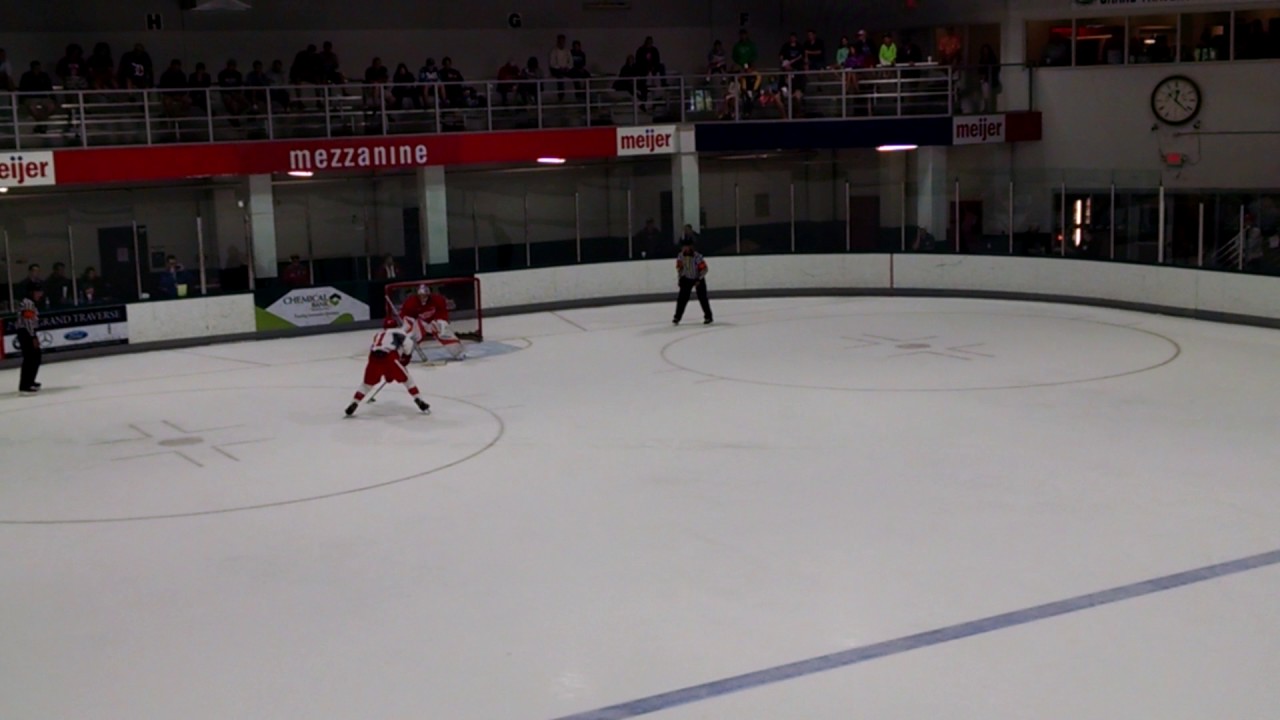 Next weekend, Pope and the Mavericks are set to take on the University of North Dakota in the first round of the NCHC Tournament. With the team likely not qualifying for the year-end NCAA tournament, Pope could be signing with the Red Wings as early as last week.

While we’ve seen other college hockey players like Jimmy Vesey and Spencer Foo opt to test free agency after their senior seasons, it would appear that Pope will indeed sign with Detroit.

“‘As of right now, I’m 100 percent set on going to Detroit,’ Pope told The Athletic on Monday.”  (from ‘How Red Wings prospect David Pope improved and what it means for his future in Detroit’, The Athletic Detroit – 2/6/18)

The Red Wings organization could certainly use more scoring depth. If Pope indeed signs with Detroit, it will be exciting to see a raw prospect who has transformed over the past five years into a professional hockey player with a chance to earn a spot on the Red Wings next year.