On Thursday, the New Jersey Devils signed one of their prospects, defenseman Reece Scarlett, to an entry-level contract. Scarlett has attended two rookie camps with the Devils and will be in NHL camp this fall should a lockout be prevented.

Here is a closer look at this blueliner who is heading into his fourth year of junior hockey.

Scarlett has spent the last three years with the Swift Current Broncos of the WHL and was a part of one playoff run with the team in the 2009-10 season. He had two assists in four postseason games. In that same season, he played for Team Pacific at the World U-17 Challenge, posting si points in five games.

In 2011, he participated in the CHL Top Prospects Game and had one assist in a 7-1 victory for Team Orr.

After attending the Devils rookie camp prior to the 2011-12 season, Scarlett said in an interview that he hoped to trust his Broncos teammates more and gain more individual confidence on the ice. He proved that by posting a career-high 49 points this past year, leading all Swift Current defensemen in scoring.

Scarlett never hesitates to drop the gloves during games. In a February contest with the Moose Jaw Warriors, he fought with New York Rangers prospect Dylan McIlrath, which sparked a line brawl. Despite his smaller stature, he can hold his own while punches are being exchanged.

Broncos teammate and fellow Devils prospect Graham Black said in an interview during the Devils’ 2011 rookie camp that Scarlett is a good offensive player, especially on the power play. Black added that Scarlett is hard to read, and whatever an opposing player thinks Scarlett is doing with the puck, he will do the opposite. 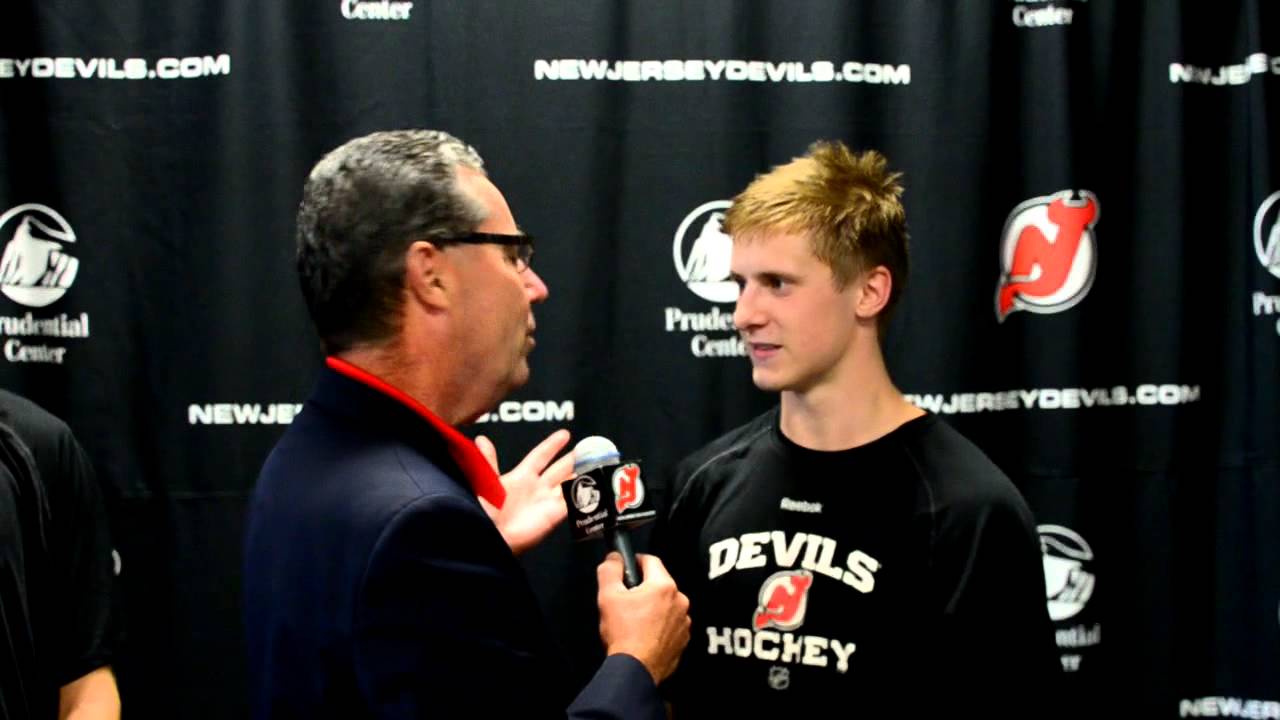 During the 2011 Top Prospects Game, Scarlett said that he hopes to improve his physical play and add more size to his body. He hopes to model his game after recently-retired Detroit Red Wings legend Nicklas Lidstrom.

Scarlett will attend his second training camp with the Devils this fall if NHL camps move forward. However, until then, he is preparing for his fourth and final junior season with the Broncos. The team opens the preseason this weekend with two contests against the Warriors.