Certainly, this issue can be debated. And without doubt, it will be. But along with the evolving equipment in hockey and the growth of it’s now monstrous players, hockey’s biggest issue causing injury is the lack of respect the players have for each other.

Sure, head issues have some say in the on-going discussion surrounding head trauma. After all, they led to 64 percent of concussions in the NHL a few years back, according to a study. But what causes players to target this particular part of the body. Surely it can’t be the sight of that specific opposing player laying motionless on the ice, stretchered off with potentially career and life changing injuries.

But in the heat of the moment – that split second before a player launches himself into his opponent – all that runs through his head is finishing his check. He thinks about laying that player out and getting the puck back for his team.

The rest – the health and future of his opponent – is an afterthought. So, what better way to make sure you get that puck than to be absolutely positive your opponent doesn’t get up as fast as it will take you to steal that inept piece of rubber.

But the lack of respect only starts with the physical play. After all, hockey is a contact sport. There’s an expectation that injuries are inevitable when hitting is part of the game. But what happens when players take that extra step? What happens when hockey is no longer a game of hitting, but a game of brutality – putting every player at any point at risk? That’s where the disrespect of a few players can change the game. That’s where a game becomes much more than just a game.

On February 21, 2000, Boston Bruins’ forward Marty McSorley became the first NHL players to be charged criminally since 1988 following an incident in which he slashed Donald Brashear on the side of the head.

Marty McSorley was charged and found guilty of assault with a weapon and sentenced to 18 months probation. While Brashear was able to continue his career, McSorley never played another game in the NHL after his sentencing.

Surely, McSorley wasn’t a bad person or a criminal. But in the moment – at that time when he decided to swing his stick – the interest in Brashear’s safety was second to his end goal of instigating a fight with the Vancouver forward. Instead, a 5-2 game in which his Bruins were losing, turned from a game into a crime scene. The respect for the game and its rules were tossed out the window.

But it didn’t stop there. Even though Colin Campbell said in an interview with NorthJersey.com that the Brashear-McSorley incident basically ended stick incidents, it didn’t change the loss of respect for one another in the game.

On March 8, 2004, in a game between the Vancouver Canucks and the Colorado Avalanche, Tood Bertuzzi went after Avs’ forward Steve Moore. The play – in which Bertuzzi blindsided Moore with a punch to the side of the head – ended Moore’s career and landed the Canucks’ forward in a world of trouble. 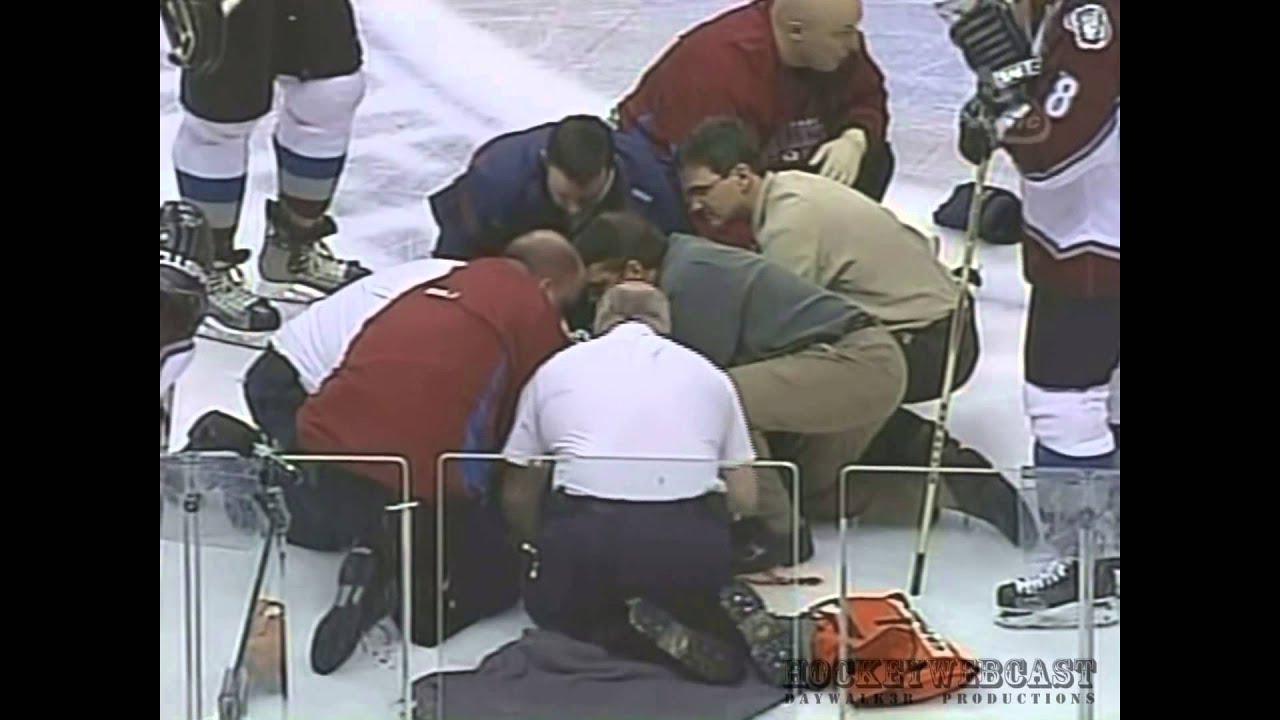 Bertuzzi was suspended for the remaining 13 games of the Canucks’ regular season and their seven playoff games that season. That was followed with him being charged with assault causing bodily harm by the Attorney General of British Columbia which he pleaded guilty to. He received a conditional discharge which came with 80 hours of community service and a one-year probation.

A further lawsuit was filed by Moore which led to a settlement, but the incident was just another example of the in-the-moment decisions that simply have no place in the game of hockey.

We, in the hockey world, were recently reminded of this issue in a second-tier league in Sweden. Former Toronto Maple Leaf and NHL enforcer, Andre Deveaux, is wanted by Swedish authorities after a warrant was issued for his arrest following an on-ice incident prior to a game last week.

The 31-year-old is wanted under suspicion of assault after the opposing club, VIK Västerås, reporter him to police, as Craig Hagerman of theScore writes.

While the consequences may differ from those in North America, the act itself is the same. Campbell’s argument 10 years after the Brashear are moot following this latest instalment of disrespect in hockey. In fact, it’s time to step up the presence of teachers among coaches. While it is a game of physicality and winning there has to be a line drawn when it comes to respect.

This latest incident is just another example of the lack of respect between some players – a demonstration of how hockey sticks and other equipment can become weapons when placed in the wrong hands. It’s not just an opinion anymore. In fact, Hockey Manitoba now requires parents and guardians to take a mandatory Respect in Sport program prior to enrolling their kids in hockey.

It’s a step in the right direction, but it’s only a step. If the respect level changes in the game, so can the level of injuries suffered. It’s a physical game, yes, but one that can stay physical if players can learn to play within the rules.