Basically for their entire team existence (sans two brief playoff appearances), the Columbus Blue Jackets have suffered through a lot of hard times. The fans have been there for the team during this time like a loyal pet is there for their owner. There is a unique love shared by the fans and the team.

Each year, the fans come in hoping this is finally the year the team breaks through for good. No more was this true than last season. Remember all the optimism everyone came in with? The team was healthy. They were ready to prove to everyone that the playoff appearance in 2013-14 was no joke. Many had the Blue Jackets as a dark-horse contender for the Stanley Cup.

The season was long for everyone involved. Many fans gave up on the playoffs before the calendar hit November. The team had to fight through this adversity while adapting to a new coach and system. Many around the league saw what unfolded in Columbus and started making some judgments about management. Some consider GM Jarmo Kekalainen one of the worst GMs in the NHL based on some of the decisions the team made.

Let’s fast forward to this upcoming season. The tune has completely changed from last season. The optimism that seemed to surround the Blue Jackets is now pessimism that another bottom-10 season is forthcoming. Most of the same players from last season’s 27th place team are back. What reason is there for hope in 2016-17? How will the team sell the season to the fans given the amount of pessimism around?

I think I have an answer for you Blue Jackets fan. After reviewing the offseason and the decisions made, I have a six-word motto for you that I think will not only get you excited for this season, but for future seasons as well.

Say it with me. “Little things now, big things later.” Take this and post this on your fridge, your forehead, or any other place that will help you remember it. If you approach this upcoming season with this mentality, I promise you the pain you’re feeling will decrease. Allow me to make my case about this motto.

The team stumbled to their 27th place finish. Clearly, changes had to be made in some capacity. The problem was the salary cap. The Blue Jackets were up against the cap wall with almost no place to go. The team had to make hard decisions about the status of certain players, some of which were popular in the locker room and community.

This reality brought us the end of the Fedor Tyutin and Jared Boll eras in Columbus. In a strictly business sense, these buyouts were smart decisions that will pay dividends for the team down the road. These are examples of “little things now.” This decision not only gives the team much-needed cap relief, but it allows others (I’m looking at you Zach Werenski and Josh Anderson) the chance to join the show and gain game experience. With this logic, the decision to buyout was a good one.

Now let’s look at the draft. The team was on record as wanting to address the need at center. Most everyone expected them to pick Jesse Puljujarvi third overall as he was the consensus best-available player. The team stuck with their guns and selected their best-available player in Pierre-Luc Dubois. Both are really good players, but only one addresses the need at center as Dubois could transition to that spot. If Dubois becomes the Blue Jackets No. 1 center, that draft-table decision is one that will lead to “bigger things later.”

Starting to see the theme yet? “Little things now, big things later” will help get the team where they want to go. For a team like the Blue Jackets, there are no quick fixes. They won one of the draft lotteries this past season, but not the one for the first pick. Auston Matthews could have expedited the Blue Jackets. Getting Dubois is excellent, but not a quick fix for this current team. This is where little good decisions to improve the team come in very handy for the future.

Let me share with you some other good decisions that have happened this summer that will look good later. Let’s first look at some signings. The team viewed Seth Jones as priority one and for good reason. He’s expected to anchor the blue line for many seasons to come. They locked him in at an excellent cap hit for five years. If he meets his potential, that’s a bargain. They got the job done without anyone trying to offer sheet him despite the cap crunch. That’s excellent work that will lead to “big things later.”

On a smaller scale, re-signing William Karlsson is a great decision. He can play anywhere on the bottom-six and give you some production. Anything to stabilize the bottom-six is a good decision. Keeping Karlsson was wise and an example of a “little thing now” that will help lead the team to better places.

And how about signing Sam Gagner to a $650,000 one-year contract? That could end up as one of the biggest steals in recent memory. This decision gives Gagner a chance to redeem himself, while pushing others on the team to be better. This signing exemplifies the motto “little things now, big things later.” This could allow the team to put Boone Jenner back on the wing, with Brandon Dubinsky, Alexander Wennberg, Karlsson, and Gagner the four centers. Seems like a small signing until you realize the possible domino effect it has.

We can’t have this discussion without of course mentioning the Calder Cup victory by the Lake Erie Monsters. Their run to the title gives us a glimpse of what the Blue Jackets could eventually do in future seasons. There were many little decisions involved, from hiring the coaching staff, to depth signings, that made this run possible. They got the greatest payoff by winning a championship.

Another example for  you to consider is the team keeping Scott Hartnell. The team didn’t see a deal that made sense for them. Hartnell is still productive and will help contribute to the Blue Jackets this season. If the season doesn’t work out the way the team wants, they could explore trading again and could get assets back they wouldn’t have gotten otherwise. The decision to not trade him last season could lead to bigger things.

We see that the team is improving, even if it’s at a slow pace. But what about the play on the ice this season? What can we expect to see? First and foremost, you will see accountability like never before. His name is John Tortorella.

Once the season begins, many players will have redemption on their minds. Players like Dubinsky, Nick Foligno, Sergei Bobrovsky and others are out to prove that they are better than they showed last season. I’m looking forward to seeing how they respond after enduring a difficult season.

I’m also looking forward to seeing which young players take the next step in their careers. Is Werenski ready for a full NHL season? Is Oliver Bjorkstrand ready for a full-time role? Are there any dark-horse candidates ready to surprise us and make the team out of camp?

Notice I haven’t mentioned playoffs in any of what I’m looking forward to. That is certainly the goal and would love to see them get there. I just don’t think that’s realistic yet. They need to position themselves for future success. You do that by making little decisions along the way that improve your team. As management has said, it’s a brick-by brick approach.

As a result of this summer, I do believe they are closer to the playoffs now than they were in April. This improvement must continue over the next few seasons if they want to achieve consistent results. As long as they continue to make smart decisions at the draft table and with the roster, the Blue Jackets are on the right path. 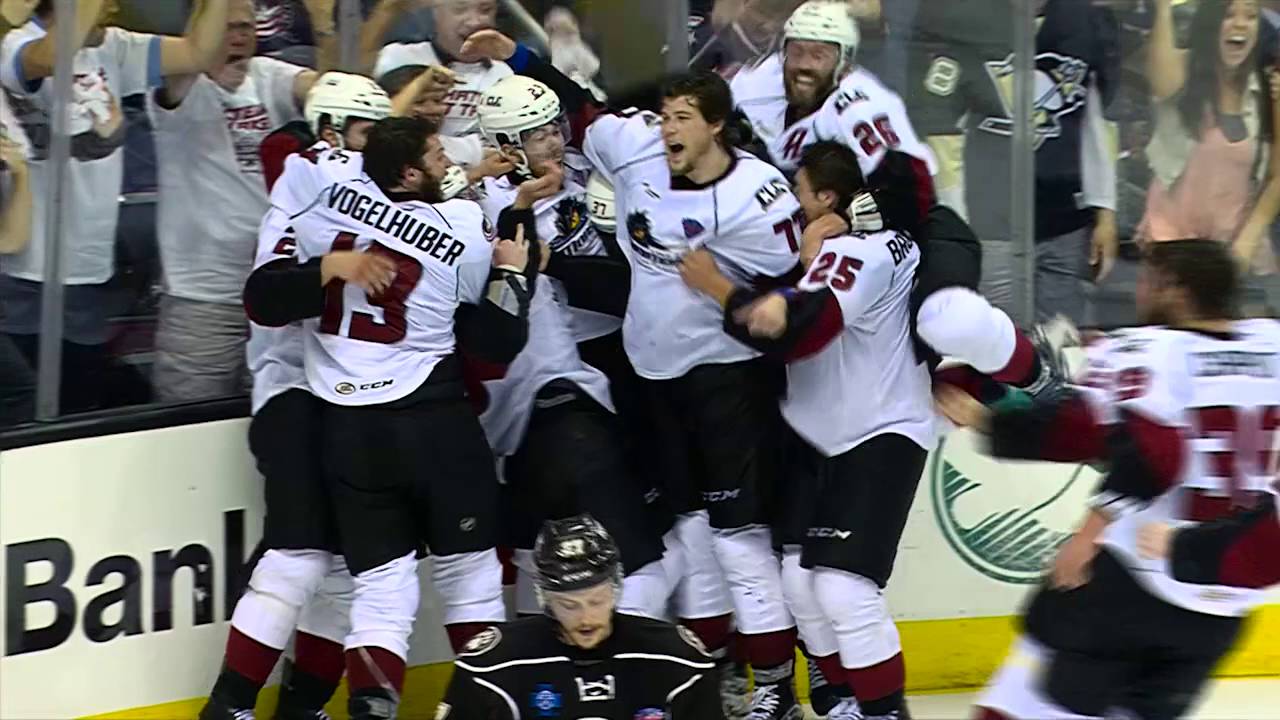 That is what I’m selling to you Blue Jackets fan. As long as they continue with “little things now, big things later,” your patience will payoff in a way you’ve hoped for since the franchise started. Make smart decisions now, reap big rewards later. By building the farm and properly constructing your roster with smart signings, you position yourself for sustained success. Just look at the Lake Erie Monsters.

I know you want it now. You want to see the team make the playoffs and win championships now. Stay the course. It could be a painful season upcoming, but never has the team been as good with their youth as they are now. Combine that with players willing to do anything to redeem themselves, and you have plenty to look forward this season and much more to look forward to in future seasons.

Embrace the little things the Blue Jackets are doing. The big things will come soon enough.