The Rangers entered the 2017 Stanley Cup playoffs as a wild card, both literally and figuratively.

They were the fourth seed in the Metropolitan Division, and the first wild card in the Eastern Conference. That’s the literal meaning.

A look at their lackluster final quarter of the season, Henrik Lundqvist’s inconsistent play throughout the year, and last spring’s ugly first-round ouster at the hands of the Pittsburgh Penguins, against a skilled four-line team enriched by a playoff-proven roster which exceeded pre-season expectations in 2016-17, formed their wild card standing in a figurative sense.

A 50-50 bet to advance out of the first round, the Rangers were the better team for longer stretches in their series against the Montreal Canadiens, and, ultimately, earned their deserved entry into the second round against the winner of the Ottawa-Boston series.

With that impressive first-round victory over the Canadiens, the Rangers more resemble their playoff predecessors from 2014 and 2015 then the group that flamed out in 2016, none of their players more so than their most important one, Lundqvist.

What that means now is, though they literally remain a wild card team ceding home-ice advantage again to the winner of the Ottawa-Boston series in Round Two, the stakes and expectations rise for the Rangers, who quite likely are the favorites against either the Senators or the Bruins.

All that talk of crossing over into the Atlantic Division as an easier path to the Eastern Conference Final? Well, now it’s not just talk in New York. It’s the expectation.

So, how do the Rangers meet these increased expectations to reach a fourth conference final since 2012?

All Hail the King

Funny how you don’t see Rangers fans begging for Antti Raanta, the “better” goalie, to start over Henrik Lundqvist any more.

Nothing against Raanta, who had a splendid season for the Blueshirts, but Lundqvist remains the single most important New York Ranger, the one the team relies on the most, especially during the Stanley Cup playoffs.

“He’s the backbone of our team, always has been, and that has not changed,” Derek Stepan said of Lundqvist.

And Stepan is right.

Lundqvist may be 35 years old, with a ton of miles on his treads, but he remains a big-game performer, who thrives in the spotlight.

He is not afraid, and instead embraces the big moment.

That is exactly what Lundqvist did in his opening-round battle against Carey Price, thought by many the better of the two great goaltenders. Right from the first 20 minutes of the series in which he turned aside all 16 shots he faced in the explosive din at the Bell Centre in Game One, Lundqvist turned back the clock, dialed in completely with that legendary Henrik Lundqvist focus, to be the best player in the series, on either side of the puck.

He cleaned up his teammates’ mistakes, stopped several breakaways, including a pair in the opening period of Game Four, never got flustered despite being jostled repeatedly throughout by Montreal’s forwards, and made the game-saving stop again and again, right up to his clutch left-pad save on Tomas Plekanec with 1:45 remaining in regulation of the Game Six series finale.

Without this Grade-A version of Lundqvist, do the Rangers even advance past the Canadiens, or would expectations in New York be running so high now? Doubt it.

Henrik Lundqvist must continue to be the best New York Ranger on the ice moving forward.

Alain Vigneault was much more comfortable rolling four lines throughout after inserting rookie Pavel Buchnevich into the lineup in the last three games of the Montreal series, and sitting the effective, yet limited Tanner Glass.

Buchnevich slotted on to a line with the previously dormant duo of Mika Zibanejad and Chris Kreider, and Zibanejad credited the Russian rookie for getting those two going after a dismal first three games. Zibanejad had two points in the crucial Game Five victory, including the winning goal in overtime, assisted by Kreider, and with Buchnevich on the ice.

Add in the strong play of wingers Rick Nash and Jimmy Vesey, who propped up a struggling Stepan, and the Rangers sent wave after wave of quick, skilled forward-line combinations over the boards to control large swaths of Games Four, Five and Six, all Blueshirt victories.

This fast-paced puck-possession game is at the heart of the Rangers’ success all year long, and needs to continue in the next round and beyond.

Speaking of beyond, as in beyond this year, what of the Rangers’ future with Vesey, Buchnevich, Hayes, Zibanejad, and Miller up front, especially considering their post-season play?

There were some ugly defensive lapses by the Rangers which Lundqvist cleaned up time and again in the first-round; but for the most part New York’s defense, and its defensemen, stood strong.

On the blue line, Ryan McDonagh was an absolute beast, playing, perhaps, the most complete and dominating playoff series of his career. It might also be the defining moment of his three-year captaincy with New York. When things did not look so great after a dismal Game Three defeat on home ice, McDonagh rallied his teammates with word and then led by impressive punishing example the last three games.

Brendan Smith was a warrior, and Brady Skjei a calm, cool rookie who proved he could play smart, physically, and with clutch scoring touch under the playoff spotlight.

Dan Girardi was a surprise, much more effective than a detriment. Marc Staal a bit more up and down with his play, but largely physical and effective. And after a poor start to the series, Nick Holden was solid the final three games.

What this group did so well was clean up Lundqvist’s rebounds, as Montreal had precious few second chances.

Also, when at their best, the Rangers retrieved pucks in their own end quickly and then effectively started the transition game with crisp outlet passes.

At their worst, pinned for extended periods in their own end and not winning enough battles in front of Lundqvist or along the boards, the Rangers looked like a  more vulnerable team, though that’s what managing momentum swings in the playoffs is all about, right?

A proud team, embarrassed last spring by the Penguins, the Rangers entered training camp with a chip on their collective shoulders; and that most definitely carried over into the first round against Montreal, where the Blueshirts were desperate to rewrite their narrative and once again be seen as a legitimate Stanley Cup contender.

That mentality carried over on to the ice, where New York’s collective compete level was off the charts compared to the closing quarter of the regular season. They battled, they fought, they got down and dirty, and they established their will and , ultimately, their preferred style of play against a Canadiens team that also played with an extremely high compete level. 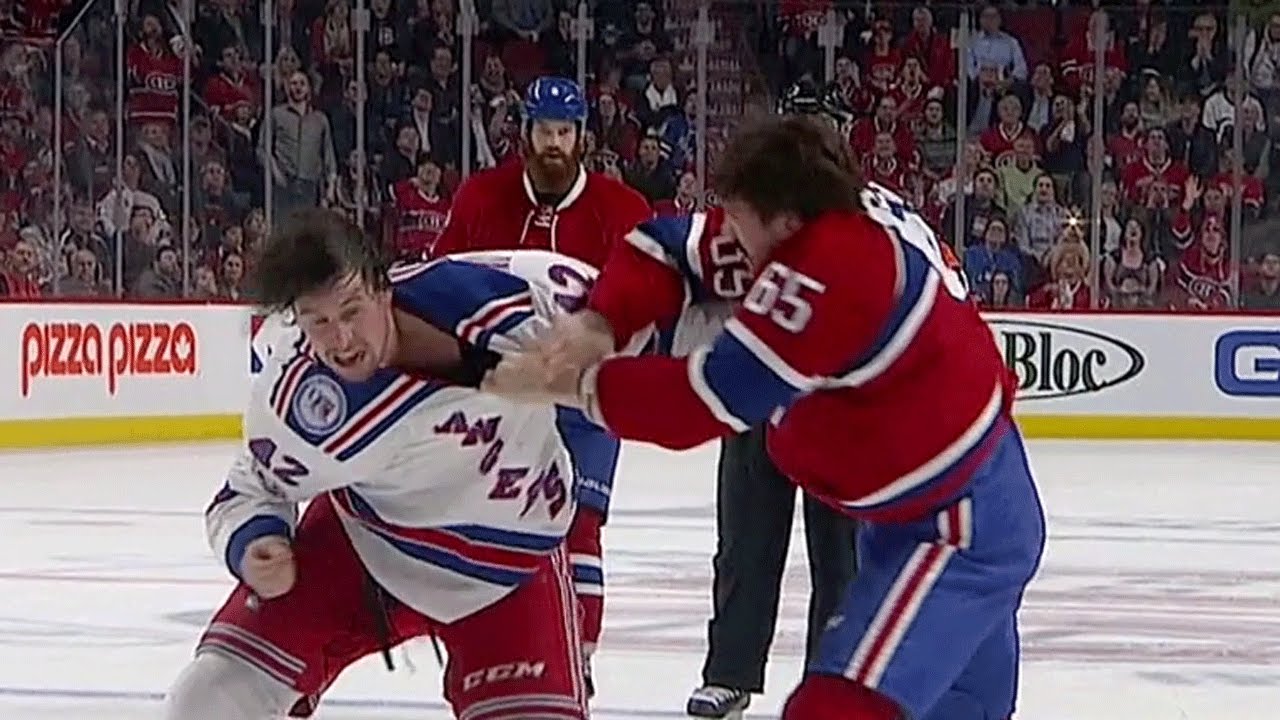 Take that chip on the shoulder, throw in some old-time swagger and confidence, and this Rangers team is ready for the stakes, and expectations, to rise in Round Two, and quite possibly, beyond.