So with the playoffs just around the corner, here is an introduction to your 2009 Southeast Division Champions:

A- The Alex’s: Everyone knows about Alex Ovechkin’s game, but which Alex Semin will show up? The one that lead the league in goals earlier this season before getting injured, or the one that you barely notice is playing until you see him sitting in the penalty box?

B- Bruce Boudreau: After being promoted to Capitals’ Head Coach last Thanksgiving, he helped lead Washington to the playoffs, capturing the Jack Adams Trophy along the way. The former Slapshot extra is loved by everyone from Hershey to D.C., and even has his own bobble-head. 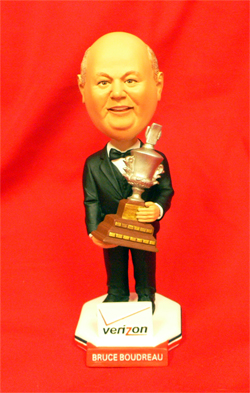 C- Verizon Center: Chinatown has been the place to be for D.C.-loving sports fans. Walking the streets before games you see nothing but red Caps’ apparel and even chants breaking out before the game. The Caps have even hired a marching band to play outside the arena to hype games up even more.

D- Defense: This has been a weaker point of the Capitals team so far. Mike Green is a solid two-way player, but his partner Tom Poti is still not at 100%. Big guys that don’t move so well like John Erskine, Milan Jurcina, and Jeff Schultz will have to step up. Still no word on whether Karl Alzner will be on the playoff roster.

E- Eric Fehr: Due to injuries, the once 50-goal scorer in the AHL finally got his chance and proved he belongs at the next level. In 61 games, he has 12 goals and 13 assists. This includes an eight-game stretch in February when he scored in seven of those eight games.

G- George McPhee: McPhee is the brains behind the operations. As GM, he agreed to the fire sale the year before the lockout, eventually trading for Tomas Fleischmann, Mike Green, and Brooks Laich. Some of his draft picks include Ovechkin, Schultz, Backstrom, and Simeon Varlamov.

H- Hershey Bears: The Caps could not have had this good of a season without the help down on the farm. Fifteen different players were called-up, eight of whom made their NHL debut. It doesn’t hurt that the Bears just clinched first place in their Conference either.

I- Ice Quality: The ice at the Verizon Center is widely known as the worst in the league, even drawing criticism from Tom Poti and Captain Chris Clark.  Look for bouncing pucks when Washington plays at home.

K- Kettler Capitals IcePlex: The State-of-the-Art practice facility opened in 2006 in my own backyard of Arlington, VA.  It is on the eight floor of Ballston Common Mall, just a few minutes outside the District.

L- Brett Leonhardt: In what could be the story of the year, “Stretch”  was temporarily relieved of his duties as web site producer to suit up for the Caps in the first period when an injury in the morning skate left Washington with only one healthy goalie.

M- Mike Green: The Norris Trophy candidate lead all ‘D’ men with 31 goals and 73 points. He also set a NHL record by scoring goals in eight straight games.  The goal that broke the record was scored in Tampa Bay, with his father in the stands.

N- Michael Nylander: “Circles” as he is often referred to has had an up-and-down season for Washington…well mostly down.  There were countless trade rumors including his name and he was even benched on multiple occasions.   But as of now, he is penciled in on the third line.

P- Brian Pothier: Some said he would never play again after a getting a concussion last January.  Brian’s progress was one of the reasons the Capitals did not make a move at the deadline and it is really great to see him back on the ice 14 months after the incident.  He is also a nominee for the Masterton Trophy.

Q- Quintin Laing: The shot-blocking extraordinaire and former Presidental candidate was lost for the season with a ruptured spleen on March 19th.  He played a crucial role in helping the Capitals to the playoffs last year and is a fan favorite wherever he goes.

R- Rock the Red: Last year’s slogan caught on and will make the Verizon Center a very intimidating place to play this year.  This year’s marketing idea: Beard-A-Thon. A couple teams are doing it, and it’s for a good cause. 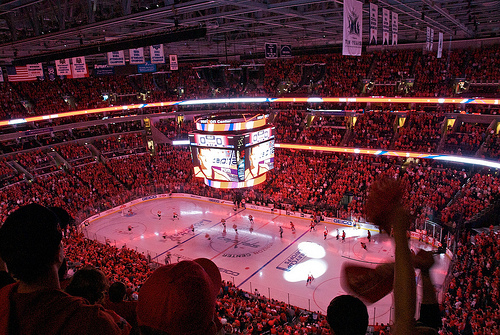 S- Short-Handed Opportunities: The Capitals’ Power Play has been lethal all year, but opponents seem to get at least one good short-handed odd man rush per penalty.  Look for the opposition to jump passing lanes to exploit the over-aggressiveness of the Caps on the blue line.

T- Jose Theodore: It took a long time for Washington fans to trust Theodore who was yanked in the first game of the season.  Jose can not allow any soft goals in the playoffs if the Capitals want to get out of the first round.

U- Undefeated: Speaking of Theodore, he has never lost in the first round of the playoffs.  He is 4-0 all-time in the opening round.

V- Varlamov: The 2006 1st round pick has excelled as a rookie, going 4-0-1 with a 2.37 GAA. If Brent Johnson is too hurt to play, Simeon will have back-up duties throughout the playoffs. 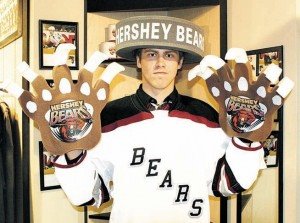 X- Xenophobia: (noun): An unreasonable fear or hatred of foreigners or strangers or of that which is foreign or strange.  ie: Don Cherry.  Their feud is all but over, but it was fun while it lasted.

Y- Young Guns: Shutting down one could happen, but it’s going to be hard to keep all four off the scoreboard.  I just hope Nicklas keeps his day job. 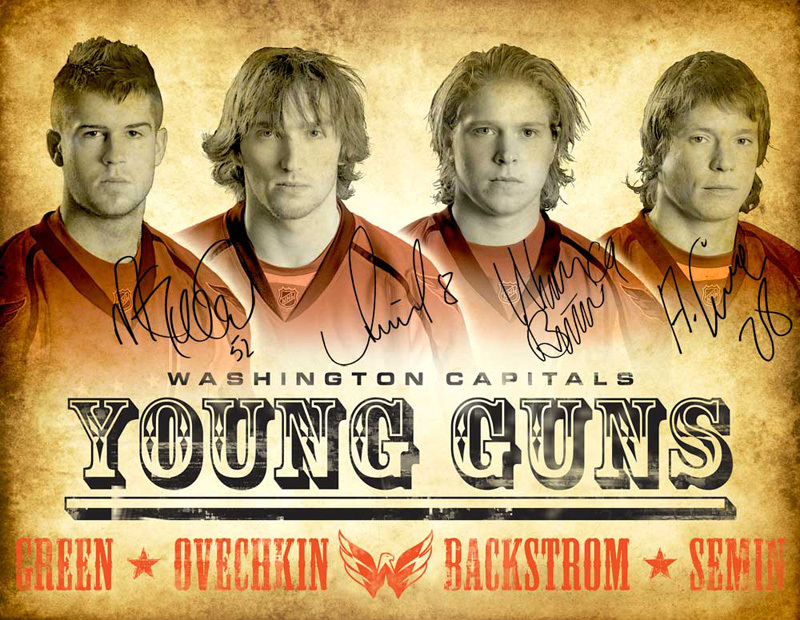 Z- Zero: Number of season tickets left for next season.

2 thoughts on “The ABC’s of the Washington Capitals”