Every player on the Columbus Blue Jackets is riding high at the moment. They’ve won 15 straight games, and aren’t showing any signs of slowing down. One player in particular who is showing a lot of confidence is defenceman Ryan Murray.

The second overall pick in 2012 has taken a while to find his footing, but he is looking more and more comfortable in his role and has become an important contributor for the Blue Jackets. There is another team that could have used his services, but they chose to pass.

There was somewhat of a divide over who the Oilers would choose with the first overall pick in 2012. Some in the organisation felt that the way to go was with a potential cornerstone defenseman in Ryan Murray. But others felt they simply couldn’t pass up Nail Yakupov, a smooth skating skilled winger, with a not so quiet confidence. He was touted as the best player available, and it’s generally more risky to choose a blueliner at number one — just ask the St. Louis Blues about 2006.

The scouts who wanted Murray were silenced and the team opted to go with Yakupov. He played well in his rookie season, but it was all downhill from there, thanks to numerous coaching changes, poor development, a loss of confidence and an unwillingness to change his game.

The Oilers traded Yakupov this past offseason for a conditional third round pick and an unknown prospect. Was Yakupov a bust as a first overall pick? It’s not entirely his fault, but in retrospect, it certainly looks like a fail.

In the first few years, though, no one really faulted the Oilers for taking Yakupov over Murray. In his first three seasons with Columbus, Murray had nine goals and 49 points and missed significant time due to injury. He wasn’t terrible, but he certainly didn’t set himself apart as an elite blueliner. He had shoulder issues in junior and had knee and ankle injuries last year that limited him to just 12 games. He’s had a lot of hard luck, and it’s prevented him from finding a comfort zone at the NHL level. 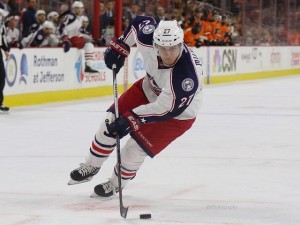 He wasn’t terrible, but he certainly didn’t set himself apart as an elite blueliner. He had shoulder issues in junior and had knee and ankle injuries last year that limited him to just 12 games. He’s had a lot of hard luck, and it’s prevented him from finding a comfort zone at the NHL level.

This year, which has been significantly better for the team, Murray has played in 30 games, with no goals and four assists. But it’s the ice time and reliability that’s been a plus for him. Murray averages about 17 minutes a night and is a +plus seven on the season. He doesn’t need to be the linch-pin in the Jackets

Murray averages about 17 minutes a night and is a plus-seven on the season. He doesn’t need to be the linch-pin in the Jackets defence corps — they’ve got Seth Jones, Jack Johnson and the remarkable Zach Werenski to carry a lot of the load. They need Murray to play well in his own zone and move the puck, and he handles both aspects well.

How would Ryan Murray look on the Oilers blueline? Would he be a first pairing guy? The reality is, thanks to limited minutes and overall playing time, no one could say with certainty that Ryan Murray is a top defenceman.

He might be best off as a more complimentary guy who doesn’t have to do too much but provides reliability. Does this not have a Justin Schultz feel to it? A highly-touted player who was misused by the Oilers and forced to play in the wrong role?

It’s easy to look at Nail Yakupov’s situation and wonder if they would have been better off taking Murray. But he hasn’t been a Norris Trophy calibre guy, and the past few years haven’t been kind to any defenseman in the Oilers organisation. The Blue Jackets were patient with Murray, and he’s been able to find a permanent spot in the NHL. Should the same patience be applied to another defenceman from that same draft class? 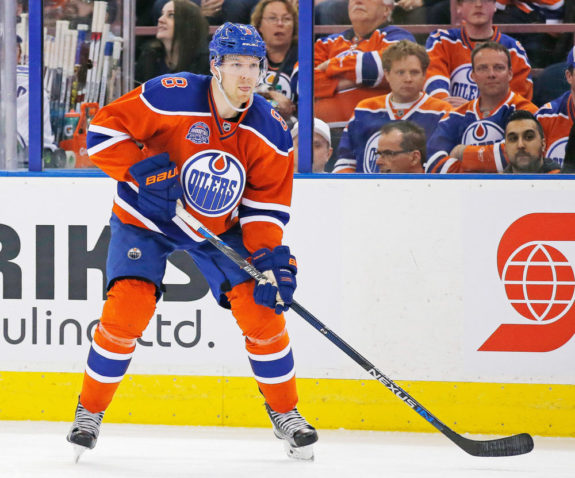 The Oilers and Griffin Reinhart

While Ryan Murray was the first blueliner taken in the 2012 draft, another defender wasn’t far behind him. Ranked as the 10th best player in the draft, the New York Islanders liked what they saw in Griffin Reinhart enough to take him at number four.

The biggest knock on Reinhart was his skating, but the rest of the scouting report had him projected as a potential first pairing guy. Defencemen notoriously take longer to develop than forwards, and save for a player like Aaron Ekblad, most of them should be viewed as somewhat of a longer-term project.

But for Griffin Reinhart, his development seemed to hit a wall. He simply wasn’t able to acclimate his game to the NHL, and he spent more time in the AHL than with the Islanders. A fresh start for all seemed like the only solution, and so he was traded to the Oilers for a significant return. So far, he hasn’t been able to crack the Oilers lineup, his game hasn’t improved and his development continues to appear stagnant.

Not saying, just saying Griffin Reinhart needs to be given a decent chance to make the Edmonton Oilers #Oilers pic.twitter.com/eS05tMWz9V

The 2012 Draft wasn’t the deepest. There weren’t any generational players or franchise changers to be had in the first round. But that’s the way it works sometimes. And not every player pans out. Do the Oilers even need Reinhart anymore? The Blue Jackets will certainly need Murray going forward. Injuries happen, slumps happen. As long as they continue to allow him to grow in his game, he’ll be okay.

It just doesn’t seem the same with Reinhart, does it? The feeling is that he won’t ever be a real contributor to the Oilers lineup. It feels like he’ll be no more than AHL depth. The Oilers invested a lot in Griffin Reinhart. Have they simply not been patient enough? It appears as though he’s been bypassed by other prospects in the organisation. Is he just not good enough? Murray and Reinhart are the same age, taken in the same draft, only two picks apart. Both are seemingly far from elite status.

The Report on Murray 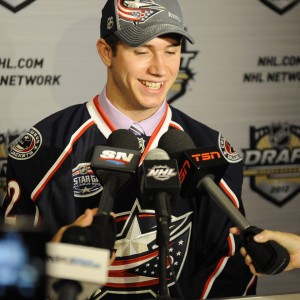 Ryan Murray was a forgotten man for a while. Maybe because he played in Columbus. Maybe because injuries prevented him from finding consistency in the NHL. In any case, the Blue Jackets weren’t going to be impatient with the former second overall pick.

Murray isn’t perfect. He may spend his career as a bottom-pairing guy in low-leverage situations. He’s slid down the depth chart. But he’s found ways to contribute. He blocks a lot of shots and he moves the puck quickly out of the defensive zone. Murray may end up being known as something of a disappointment, because of his high draft status. But the Blue Jackets have been able to use him effectively. And don’t forget he’s still young.

One of the few glimmers of good news to emerge from 2015-16 was Murray’s health. Forget all the other numbers – him playing all 82 games is a big step toward pushing all of his injury woes in the rear view mirror. Defensively, Murray is more of a defuser and less of a banger. He uses his smooth skating and his quick decisions to avoid messy situations before they escalate. Offensively, his strength is a quick first pass, but he has to start shooting more. [Blue Jackets Extra]

Some feel that more patience is required with Griffin Reinhart. Others feel as though he’s not part of the Oilers future. But keep in mind that Ryan Murray is having his worst offensive season as a pro, and the organisation isn’t giving up on him (at least not yet). When the Oilers face the Blue Jackets on Tuesday night (and attempt to break their winning streak), Oilers fans won’t be seeing what they missed out on. They’ll be seeing what a project looks like.