Book Review: The Ovechkin Project: A Behind-the-Scenes Look at Hockeys Most Dangerous Player

By Damien Cox and Gare Joyce

As I read through this intriguing hockey book, my first thought was that The Ovechkin Project is not just about Ovechkin.  It also should be noted that this is not an authorized biography. That alone should not deter potential readers, however, as one of the best hockey books ever written, Searching For Bobby Orr by Stephen Brunt, is also an unauthorized biography. The authors did talk to many who are very close to the story that is Alexander Ovechkin’s life thus far. 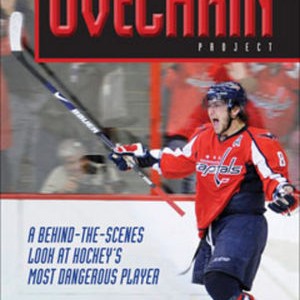 At times, I was admittedly kind of lost with respect to where the direction of book was going. Cox and Joyce explore many other off shoots that are in some fashion linked to Ovechkin, including:

The authors, much more so Damien Cox than Gare Joyce, have taken some heated criticism for this project. Damien Cox is known to be controversial.  I am left to wonder if this is not simply Cox being Cox, and this is simply a way of creatively marketing his product. Whether purposely or not, he often keeps his name relevant by concocting stories out of left field; case in point when he earlier in the year, based on no evidence whatsoever, stated Toronto Blue Jays slugging outfielder Jose Bautista has to be on steroids because of his monumental jump in home run production.

“When asked on Japers’ Rink Radio this past weekend how he thought his forthcoming unauthorized biography of Alex Ovechkin would be received by Caps fans, co-author Damien Cox answered, “A hardcore fan who just wants to hear good things about their team [isn’t] going to be happy,” but “people who are looking for a more complete picture of this guy [will] really enjoy an independent look.”

“I guess the presumption would be that if we don’t have access, we’re gonna trash this guy, and I don’t think we did that at all,” said [Gare] Joyce, who added that the organization was “great” to deal with. “I think he comes out as a sympathetic figure in a lot of ways, and someone who wants to do the right thing and has occasionally struggled to know what the right thing is.”

“I read the galleys of the book, and I don’t recognize the person who is being written about here,” [Capitals owner Ted] Leonsis said in a recent interview with Japers Rink Radio.

“And I cooperated with the writer, I sat for an interview, and I gave dozens and dozens of examples and stories and vignettes about my view of what Alex means to people, the community, how he acts. . . . I didn’t think I was heard or what I said mattered, because it wasn’t in the book. And so that’s why I got turned off a bit.” 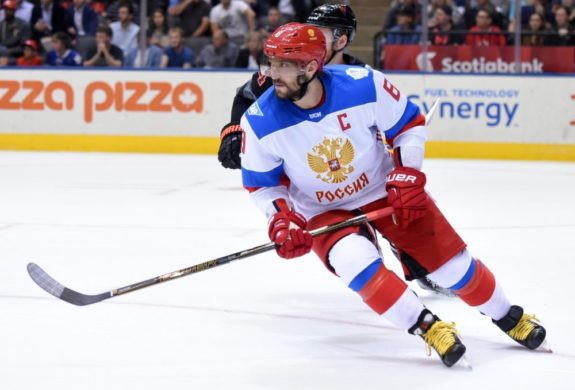 “The book, however, disappoints. It is written with a negative theme, as if the authors’ mandated their vision right from the outset. I heard one of the authors (Joyce) try to defend their approach as painting him as tragic figure. I don’t buy it. The book reads as if the authors go out of their way create an image of a spoiled prima donna more interested in the spotlight than winning.”

I would have really wish that it was clearly stated who wrote what. The reader really has no idea if a particular chapter or section is penned by Cox or Joyce. I’d really like to know specifically for certain passages. For instance, on more than one occasion, the writer(s) really seem to take shots at TSN and NBC analyst Pierre Maguire – albeit subtle digs.

In the end, I enjoyed the book, although it is not really what I thought it would be. It was a brief look at segments of Ovechkin’s life, but more focused on the 2009-10 hockey season of Ovechkin; what the authors deem to be an unsuccessful campaign for the young superstar.

From the publisher Wiley:

THE OVECHKIN PROJECT is the first in-depth biography of hockey’s “rock star”, Alexander Ovechkin. Written by veteran sports journalists Damien Cox and Gare Joyce, THE OVECHKIN PROJECT:  A Behind-the-Scenes Look at Hockey’s Most Dangerous Player is a behind-the-scenes look at the player over the course of his fifth season in a league desperate for a cross-over star.

Cox and Joyce interviewed agents, coaches, and teammates to create this account of a young man dealing with the huge stardom and corresponding pressures of being the player charged with leading the Caps to a Stanley Cup.

In THE OVECHKIN PROJECT Cox and Joyce examine:

With the Washington Capitals playing in this year’s Winter Classic against the Pittsburgh Penguins at Heinz Field in Pittsburgh on New Year’s Day 2011, THE OVECHKIN PROJECT is a must read for hockey fans and admirers of a great talent who is not as well-known in the US sports world as some of his famous rivals.