There are a myriad of reasons for the New York Rangers to feel good about their first half play this season, as well as their chance for a deep run in the Stanley Cup playoffs come spring time.

The Blueshirts arrive at their bye week officially halfway through the 2016-17 campaign tied for the league lead with 28 victories and 26 ROW (regulation and overtime wins), and lead the NHL with 15 road wins already. They are tied for second place in the ultra competitive Metropolitan Division, as well as in the overall league standings, with 57 points in 42 games. The Rangers lead the NHL with 146 goals scored and are second with a +39 goal differential. Both of their special teams sit in the top ten.

Add to the mix that the Rangers are getting contributions from the entire lineup, are having big seasons from unexpected sources like Michael Grabner (a team-high 20 goals and +22 plus/minus rating) and Nick Holden (eight goals and 22 points from the defense position, already a notch below his career highs of 10 goals and 15 points), bounce-back seasons from the likes of Kevin Hayes, Ryan McDonagh and Marc Staal, standout play from back up goaltender Antti Raanta, and finally the breakout season long-expected from Chris Kreider (16 goals in 36 games, five shy of his career best).

👀 all of his goals from the week here! pic.twitter.com/NqANll3iAa

Even when considering their questions on defense and uneven first half of No. 1 goalie Henrik Lundqvist, there’s obviously plenty to like about the New York Rangers to date, and moving forward.

There is one thing, though, that just might separate the Rangers from most of the serious Cup contenders.

For a team whose toughness on the ice is often called in to question, most notably the lack of response after Lundqvist got steamrolled by Stars forward Cody Eakin in a December contest in Dallas, the Rangers are an extremely mentally tough group.

Knock ’em down, they get right back up.

Trail the red-hot league-leading Blue Jackets this past Saturday on the road 2-0 early in the first period, and 4-1 just three minutes into the second? No problem. Shut them down, rally on three goals from Grabner and another by seldom-used Adam Clendining (!), and enter the bye week on an extreme high with a 5-4 win.

And that comeback is not uncommon for the Blueshirts who, unfortunately, have had a propensity for allowing goals early in games this year. In fact, it’s now nine times that either Lundqvist or Raanta has surrendered a goal on the game’s first or second shot; but New York still owns a winning record in those contests.

Overall this year the Rangers are 11-8-0 when allowing the opponent score first.

How about having to play 23 games, and counting, already without their top off-season acquisition, injured center Mika Zibanejad? Not to mention that high-flying rookie Pavel Buchnevich has been out for all but ten games, so far, and Rick Nash, in the midst of a great start this season, has missed 12 of the last 15. Yet, the Rangers don’t blink an eye, and don’t make any excuses. They just keep finding ways to win hockey games.

Statistics back up the results, and eye test, too.

The Rangers are an outstanding 15-6-0 on the road this season. They are a perfect 7-0-0 in the second game when playing on consecutive nights.

You have to be both good, and mentally strong, to post numbers like that on the road and in back-to-back games when, many times, it might be easier on the head and heart to give in to fatigue and the circumstances.

The Blueshirts are also 10-5-0 against the gauntlet of teams in the Metropolitan Division.

But the statistic that really jumps out at you is that only once this season have the Rangers lost consecutive games in regulation. One time. That’s all. A terrible 7-2 road defeat at the hands of the Penguins in Pittsburgh followed by an ugly 7-4 home loss to the Minnesota Wild entering the Christmas break.

Then the Rangers won five out of six after the break coming into the bye. More signs of mental toughness.

Perhaps the fact that the Rangers are so mentally tough this season should not come as a major surprise because this team, and its core veteran players, have proved their mettle and true resolve time and again dating to John Tortorella’s days as head coach.

Lundqvist, Staal, McDonagh, Nash, Kreider, Derek Stepan, Dan Girardi have all played major roles on Ranger teams that have won epic post season games and series, rallying from 3-1 down, for example, to grab seven-game series wins in back-to-back years, in 2014 against the Penguins and 2015 against the Washington Capitals.

You don’t reach three Eastern Conference Finals, a Stanley Cup Final, and win a President’s Trophy over a four-year span, under two different coaches, without 1) being very talented and 2) having a tremendous resolve within the group. 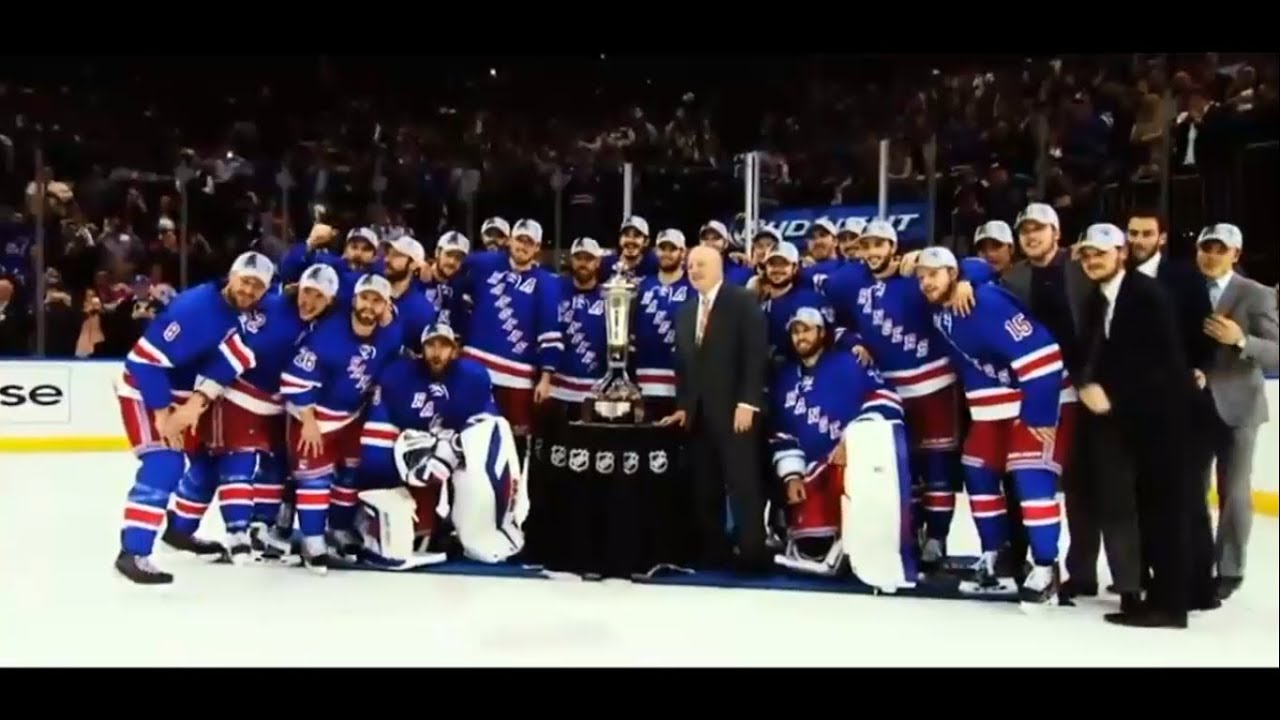 Despite how they came undone in the opening round of the 2016 playoffs, losing in five games to the eventual Cup winners, Pittsburgh, the Rangers core is battle-tested and extremely strong mentally.

It starts with Lundqvist.

Not many players in the game have the battle level he does. That has been on display quite often this season due to the inconsistencies in his on-ice performance.

Yet, he has followed some of his worst performances with some of his best this year, notably the 40-save gem against the Philadelphia Flyers the Friday after Thanksgiving, two nights after being pulled in an ugly 6-1 home-ice loss to the Penguins.

Then there was how he responded to being benched in favor of Raanta for four games in mid-December, by winning his next three starts, allowing only three goals in total.

Further examples of  Lundqvist’s, and his team’s, most important championship quality.