With the 26th pick in the National Hockey League draft, the St. Louis Blues take center and right wing Tage Thompson from the University of Connecticut of NCAA Division 9. The pick originally belonged to the Washington Capitals, but the choice was sent to St. Louis for the 28th pick and the 87th selection in this year’s draft.

Thompson is the first UConn player to be drafted in the first round. The Oyster Bay, N.Y. native is one of the older prospects in this year’s draft at about 20 years-old.

He accumulated 14 goals and 18 assists in only 36 games this season. He’s a power forward at 6-feet-5 inches tall and weighs in at 185 pounds.

RELATED: Tage Thompson – The Next Ones 2016 NHL Draft Propset Profile

He is solid stickhandler for someone of his build, but is also very disciplined as he only took six minor penalties the entire season. Thompson is also versatile as he can play both the wing and at center. 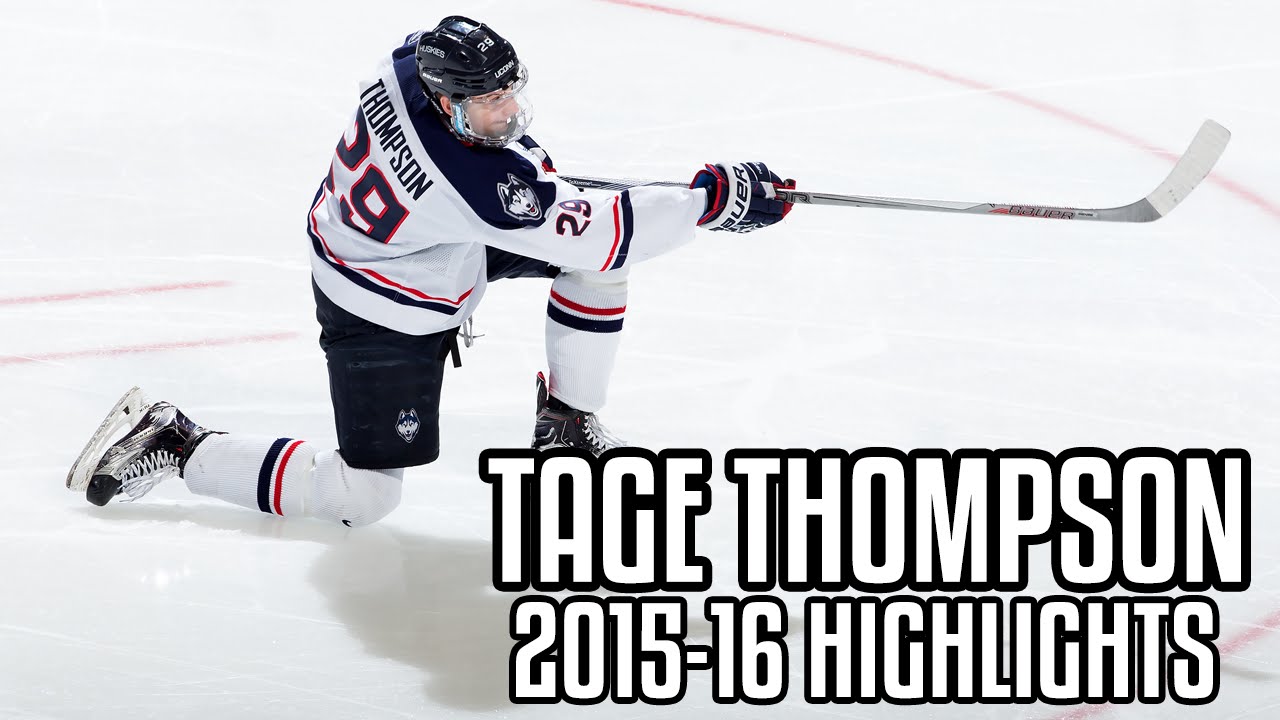 Thompson has sharpened his game in the very tough Hockey East conference. He has admitted that he will need to develop his frame more if he wants to be successful in the NHL.

His father, Brent, was drafted 39th by the Los Angeles Kings in the 1989 NHL Entry Draft.

The @StLouisBlues traded up to select Tage Thompson at No. 26. His father, Brent, went 39th in the 1989 #NHLDraft. pic.twitter.com/jJVXmyw1Y4

On the St. Louis Blues

The Blues may feel the loss of David Backes as he is a free agent this offseason. Thompson could serve as a replacement for the captain. St. Louis may also still be missing their solid pivot T.J. Oshie, who thrived in his first season with the Washington Capitals.

Thompson is the first center taken in the opening round since Robby Fabbri of the Guelph Storm from the OHL was picked with the 21st overall selection in the 2014 draft.