It has a new name, a new primary tenant and has been given a makeover with a much smaller capacity. But the time has never been more appropriate for the Maple Leafs to return to the place they once called home.

Unfortunately for next season, they missed the grand opportunity.

Lost in the hype of the NHL draft weekend, and the lead-up to Wednesday’s annual Canada Day tradition that is the Free Agent Frenzy, the NHL released its 2015-16 schedule last week, with each team individually also announcing its preseason calendar in advance of the big reveal.

Along with the usual home and home sets against Buffalo, Ottawa and Detroit, the Leafs will also take on the Montreal Canadiens in a pair of exhibition tilts for the first time since the fall of 2006, with the home date occurring on Saturday night, September 26 at the Air Canada Centre. Over the weekend, the team put tickets on sale for all four games, starting at just $18 apiece. For a team nearing its centennial – next season will be the Leafs’ 99th as a franchise – and such a long, storied rivalry with the Habs, why not face off instead under the same domed roof where all the historic battles took place?

The athletic portion of Maple Leaf Gardens (MLG), or the Mattamy Athletic Centre (MAC) as it’s now known to hockey and sports fans, is owned by Ryerson University, and serves as the home of the Ryerson Rams men’s and women’s hockey teams. The facility opened in the fall of 2012 to much fanfare, immediately prior to the NHL Lockout.

Despite being a smaller venue with a capacity of 2,539 spectators, the NHL has made a habit of playing exhibition games in neutral site arenas at the junior and AHL levels. In recent years, the Leafs have even taken part in such games by playing the Philadelphia Flyers at London’s Budweiser Gardens, home of the OHL Knights.

This fall, there are no less than 10 of these contests, including the annual Kraft Hockeyville games in Colwood, B.C., (Sharks vs. Canucks) and Johnstown, Penn., (Penguins vs. Lightning) in rinks that have about 2,700 and 4,000 seats, respectively. If the NHL can go to these venues in the preseason, the Leafs shouldn’t have to lobby to play in the Gardens, especially against Montreal on a Saturday night.

Hockey World Has Re-embraced MLG, Leafs Have Not

Since MLG reopened, a number of significant hockey events, press conferences, charity games and fundraisers have taken place, while the Leafs have continued to pass on the chance to play at their former home.

During the lockout, the RBC Play Hockey Charity Challenge – a charity game put on by GTA natives Steven Stamkos and P.K. Subban, featuring two teams of NHL players – was held at the MAC in front of a sellout crowd. The 2013 Hockey Hall of Fame Legends Classic also took place in the venue, as did the 2015 Canadian World Junior Selection Camp games, and a recent fundraising contest between Leafs Alumni and members of the Canadian Armed Forces. It hosted the unveiling of Team Canada’s Olympic jerseys for the Sochi 2014 Olympics, and the launch of the 40th anniversary celebration of the 1972 Summit Series victory.

Most recently, it was the site of OHL Cup Final in March, where Matthew Strome, younger brother of Coyotes third overall pick Dylan Strome, and Islanders forward Ryan Strome,  scored in overtime, as the Toronto Marlboros beat the Don Mills Flyers 3-2 for the championship. 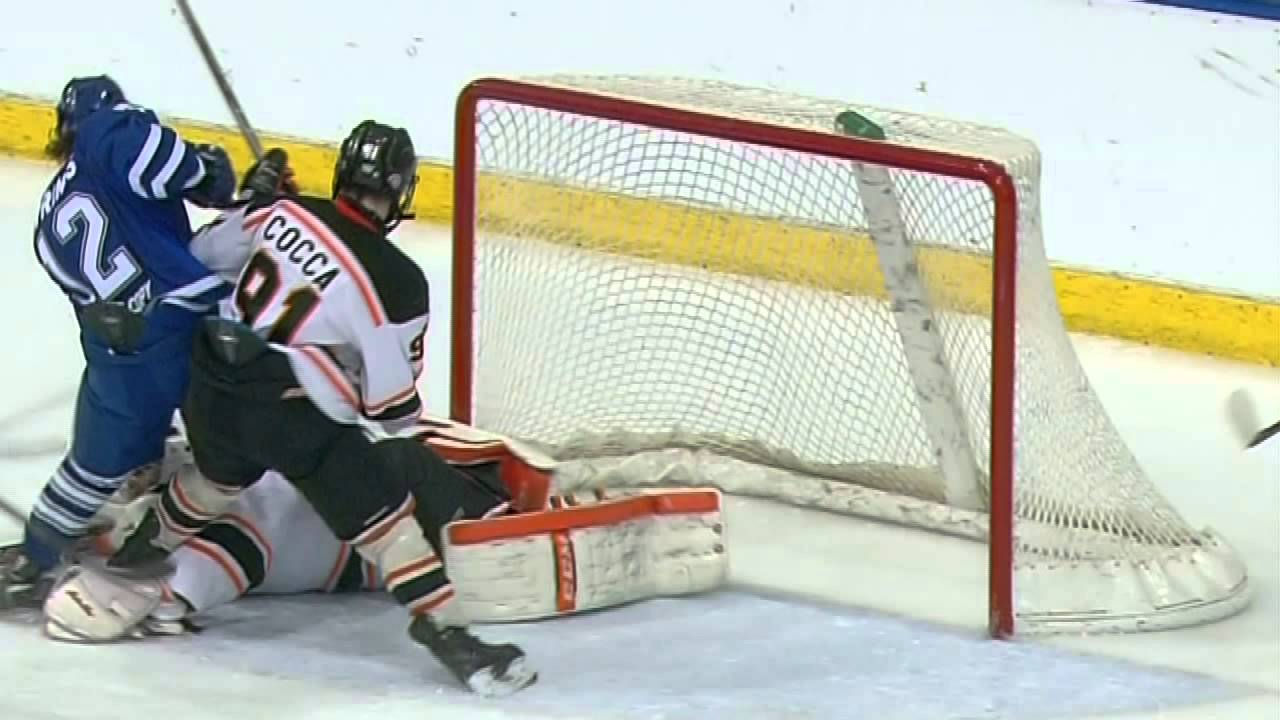 The only Leafs-centric event involving the current organization to date was A Night with Blue and White – a fundraising gala in November 2013 hosted by the team for its fans. Otherwise, the team has barely stepped foot in the renovated arena.

Having missed their chance in 2015, the Leafs’ centennial season – and the NHL’s also for that matter – occurs in the 2016-17 campaign, and nothing would beat a Toronto-Montreal preseason game at MLG to kick off the celebrations just over a year from now. The league loves having big events involving its marquee teams and what better way to do so than with its two oldest franchises.

Maple Leaf Gardens was ignored and forgotten about for so long after it originally closed. Maybe the Leafs should stop forgetting about it, too.

Alan is a journalism graduate of Ryerson University in Toronto, and writes about the Maple Leafs for THW. He has covered the game for the National Post, Yahoo! Sports Canada and The Hockey News.