In hockey terminology, the term rental is given to a player (usually an established veteran on the last year of his contract), who is traded by a team with little chance to make the playoffs or to re-sign that veteran player. Usually, “rentals” go to teams that believe they have a fighting chance to win the Stanley Cup. 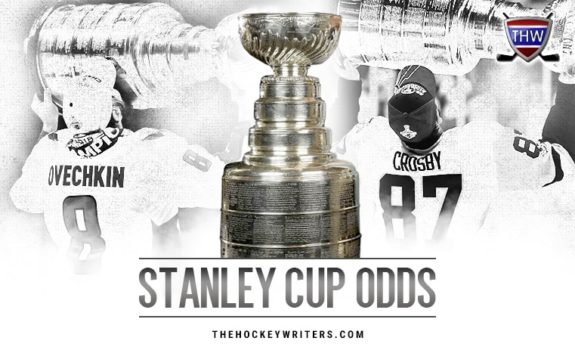 Often, the price of a rental player can be high – a number of young players or draft picks are traded from the team with Stanley Cup hopes to the out-of-contention team in exchange for the veteran. However, should the renting team actually win the Stanley Cup, the cost is worth it. In an odd way, such trade deadline movements have a leavening effect on the league because non-elite teams can restock without having to use the draft.

Rentals and the Toronto Maple Leafs?

In stating the obvious, this season’s Toronto Maple Leafs seem almost certain to make the playoffs. They also have a core of players that can help them make a strong Stanley Cup run. This fact, along with their cap space, make them a likely “buyer,” a team looking to make a trade for a rental, as the trade deadline approaches.

There has been recent talk about the team’s salary cap space, their needs going into the playoffs and the possibility of trading for a rental prior to the trading deadline. The Maple Leafs are fortunate to have both cap space and the kind of young prospects who might fetch a solid rental return if traded.

In this post, I want to consider not who might come to the team as a rental, but which Maple Leafs prospects playing with the Toronto Marlies might become “trade bait” to obtain that rental player who might become a tipping point that puts the team in a position to make a Stanley Cup run.

Related: Voice of the Maple Leafs Gets 6 More Games

Who Could Be Traded?

In a way-too-early consideration, let’s think about the end of the season. In the best scenario, the Maple Leafs continue to prosper during the regular season. In fact, they are a favorite to go far in the playoffs. They are ready to trade for a player who can make the difference. Who should they trade and who should they keep? That is a question general manager Kyle Dubas must consider carefully.

In general, when looking at their young prospects, the Maple Leafs’ greatest strength seems to be their wingers – particularly on the left side. They also have a number of young defensemen who might draw trade interest. I will discuss these defensemen in a second post – Part Two of my Maple Leafs’ trade bait post. Here are some notes about the Maple Leaf forwards who might be gone before the season concludes.

To me, Brooks seems about the only young center the Maple Leafs might consider trading. The 22-year-old can score. He came to the Marlies with high expectations after hitting 130 points in 66 games his last season in junior hockey. Although he didn’t start this season that well and was a healthy scratch with only two assists in his first 24 AHL games, he’s had seven points (two goals and five assists) in his last seven games, which likely means he’s adjusting to the professional game.

Brooks is a smaller center at 5-foot-10 and 175 pounds and it might take time to see if he can move to a higher level. He doesn’t have elite skills, but is mature, hard-working and makes up for his lack of skill and size with determination and understanding the game. He’s strong on and off the puck and can play without hurting the team, even if he doesn’t score. He might be worth a gamble for a team who wants to see if he can elevate his game playing with players who have higher skill levels.

The Maple Leafs are loaded at left wing, and perhaps this is where the best Maple Leafs’ trade bait lives. I won’t spend much time discussing Morgan Klimchuk, Mason Marchment or Michael Carcone, either because they are too new to the system or, in Marchment’s case, because he seems more valuable inside the organization than outside it.

Klimchuk was selected in the first round, 28th overall, at the 2013 NHL Draft by the Calgary Flames. The Maple Leafs acquired him from Calgary for Andrew Nielsen on Nov. 27, so he’s been with the Marlies less than a month.

Marchment is a guy I root for. He’s never been drafted, but works really hard and exceeds expectations at every level. For me, like Tyler Ennis, Marchmant is a feel-good story. One writer noted that he is the “poster boy for the Kyle Dubas Development Plan.” Marchment plays with enthusiasm.

Dubas, to keep a promise to Josh Leivo, recently traded him to the Vancouver Canucks for Carcone, another “Ontario guy” from Ajax. Both Marlies coach Sheldon Keefe and Dubas agree that, “with his speed and his skill and his competitiveness, he will be someone that will have a chance with us.”

Marlies captain Ben Smith calls Engvall a “horse.” “He’s a big body, and he wants the puck—that’s the main thing. It’s his attitude and his excitement for the game, and he just works his butt off.” Teammate Justin Holl adds that Engvall is “great at picking pucks off the wall and attacking the middle.” With the Marlies this season, he has 13 points (seven goals and six assists) in 27 games.

Dmytro Timashov, of Ukrainian–Swedish background, has shown offensive growth over the last two seasons with the Marlies, increasing from 24 points in 2016-17 to 34 points last season. Because he’s a small forward, he has a greater burden of proof to show if his QMJHL scoring can translate to the professional level. That said, he’s quick, skates well and has good puck-handling skills.

Because he’s an explosive skater, he can open the ice for himself and teammates. He’s able to play at top speed and his creativity makes him dangerous. He’s in his third season with the Marlies, is already good on the power play and is working to become a stronger five-on-five player. With the Marlies this season, he has 17 points (five goals and 12 assists) in 27 games.

Carl Grundström is a solid player who, last season, was in a situation where the Maple Leafs were too deep at forward for Grundström to make the team. He’s a hard-worker and good team player who plays an in-your-face style. He’s strong on his skates, checks well and is a good penalty killer. Although not reputed to be exceptionally gifted, he’s a character guy with offensive upside because he reads the ice well.

He’s 6-feet, 184 pounds, but plays bigger, a fact Maple Leafs coach Mike Babcock likes. He’s good around the crease and on the boards, and seems destined for third-line duty. Grundström can make things happen in the offensive end, but he’s also good defensively. If the Maple Leafs’ roster wasn’t already filled with elite young wingers, he might be playing on their third line with center Nazem Kadri right now. With the Marlies this season, Grundström has 21 points (nine goals and 12 assists) in 28 games.

Jeremy Bracco seems to me about the only right winger the Maple Leafs would trade. A 21-year-old, he has great vision and is an excellent passer. He’s also creative and deceptive, which gives him chances to create space and make plays. He has been productive at the AHL level, with 15 points in 20 games for the Marlies this season, and his play in his own zone has improved.

Concerns that Bracco’s small size and perimeter game wouldn’t translate to the professional ranks have not proved correct as he’s found success using his shiftiness and vision to set up teammates. It’s not out of the realm of possibility that he makes his NHL debut with the Maple Leafs this season.

He isn’t a game-breaker, but he’s a smart young forward with great vision who’s capable of effective passing and can finish on his own. His size, so far, hasn’t hindered his success. With the Marlies this season, he has 27 points (seven goals and 20 assists) in 30 games.

Of the five young Maple Leafs prospects reviewed above, it would seem that the team’s best trade value is at left wing. My research suggests this is the position, along with defense, are the team’s greatest strengths. Obviously, it’s difficult to know what trades might come up, or even if they will. Any team making a trade has scouted the Marlies and brings its own needs and desires. And, as I noted, it is early to be speculating.

In my next post, I will review the young defensemen the Maple Leafs have under contract. Defense is another position of strength, and a number of young Marlies defensemen might be attractive to another team in a trade. Whatever happens, Dubas must know that to get the player he feels the team needs he has to give up a valuable prospect or two. We’ll see who those prospects might be.