While the injury trend isn’t exactly an acute onset, the Penguins aren’t trending in the right direction when it comes to health. Outside of  Sidney Crosby’s recent concussion, Conor Sheary succumbed to a similar injury in a friendly fire accident. Already without Kris Letang for the remainder of the season, Pittsburgh is slowly watching their top playmakers become removed from the lineup.

Injuries, however, are a part of the game — especially when they’re part of a valiant effort. Ron Hainsey took a shot from Alexander Ovechkin to the face in game two. In that same game, Patric Hornqvist blocked a shot with his ankle. Both appeared to be in immense amounts of pain shortly afterward, but, luckily, neither missed significant amounts of time.

Injuries, as unpredictable as they are, play a huge role in a team’s effectiveness. Luckily, the next trends appear to be a bit more controllable.

Prior to winning the Stanley Cup in 2009, much of Pittsburgh’s game was tilted toward the defensive aspect of the game. Being responsible was paramount. Since then, influential coaches have been hired and fired but one fundamental has remained since the Dan Bylsma era — in Penguins lore, it is referred to as “getting to their game.” 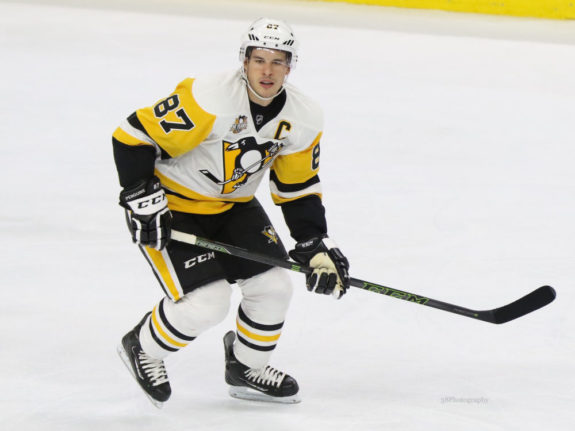 Getting to their game is a phrase which is tossed around with predictability in interviews with coaches, players, members of the media and even fans. It is so important that a recent playoff disaster is hailed as the shining example of why the concept is so important.

Without going into heavy detail, during the 2012 playoffs, the Penguins attempted to go blow-for-blow with the Philadelphia Flyers. They tried to (and often did) out-hit the Flyers. At the time, the Flyers were an immensely physical team but frequently yielded to the Penguins. The Pens are widely considered to never have “gotten to their game” which is why the loss was so swift and decisive.

I noticed that after Crosby went down with his concussion, the physical play of the Penguins picked up immensely. Checks were being finished with regularity and with confidence. It almost looked like the injury inspired the team to play a more physical game. I recall thinking to myself during the first intermission, “I really hope that this was just an emotional reflex and that they aren’t getting away from their game.”

Throughout the season, it was the Penguins who were able to gain the zone with relative ease. Through the first three games of this series, I have had little confidence in their zone entry, and the shot totals are proof. Luckily, there are ways to correct this, but without two of the Penguins best players, it’ll be difficult.

I’ve always subscribed to the idea that no penalty is a good penalty to take when in a playoff game. The ill-advised penalty taken by Trevor Daley welcomed the Capitals to seize the victory in game three. Evgeni Malkin’s decision to close his hand on the puck during the five-minute major penalty assessed to Matt Niskanen shortly after Crosby went down with his concussion wasn’t exactly well-timed, either.

Among the biggest reasons for success in the playoffs is an effective power play. Staying out of the penalty box would be a welcome revelation for a team playing without their top center and top defenseman.

Outside of game three, the Penguins are nearly being doubled up (or better) in the shots category — and that’s just the shots that are getting through. Being regularly out-shot is one thing, but the Capitals are attempting nearly twice as many shots as are making their way to the net.

Shot trends such as these tend to make shot blocks a major factor in both the outcome of the game and the aforementioned injury issue.

Despite these trends, there are positive notes to the Penguins’ collective game thus far. The first, and probably biggest reason they’re as successful as they’ve been to this point, is the play of Marc-Andre Fleury. 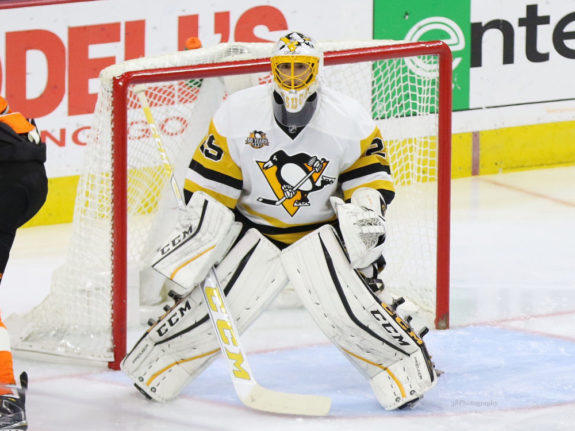 Fleury hasn’t simply ascended to another level — he’s in a completely different class altogether. He seems to be absolutely thriving with a heavy workload and appears to welcome an overwelming workload.

Conversely, I’m not sure what can be said about Braden Holtby aside from this — he’s making all the saves except the ones he TRULY needs to.

Jake Guentzel is among the bright spots joining the likes of Maurice Richard, Wayne Gretzky and Mario Lemieux as a rookie to score eight or more goals in their first ten playoff games. Impressive.

What’s even more impressive is the resolve the Penguins are demonstrating as a team. They have been battered, lost their best player, their starting goaltender and have still somehow found a way to win, despite being on the lower end of most of the stat sheet each night. By defying the statistical odds, the Penguins are in the middle of something truly special. If they can keep it up, the possibilities are endless.