Simon Despres left the game against the Dallas Stars on opening night of the 2016-17 NHL season for the Anaheim Ducks. Although only officially announced as the ever informative “upper-body injury,” it was since determined that Despres went to see a concussion specialist. Concussions are one of the most terrifying and unnerving diagnoses a player can obtain in any sport. Players like Eric Lindros and Paul Kariya have had their tremendous careers shortened due to this terrible injury.

The concussion issue has become so mainstream that even a United States Senator called out Gary Bettman for denying the link between concussions and chronic traumatic encephalopathy (CTE). Without getting into the controversies surrounding whether a link exists or not, I hope to bring a better understanding into what a serious issue in professional sports concussions are and one in which more athletes need to take more seriously.

If you don’t believe me, just listen to Preston Plevretes story:

What is a Concussion? 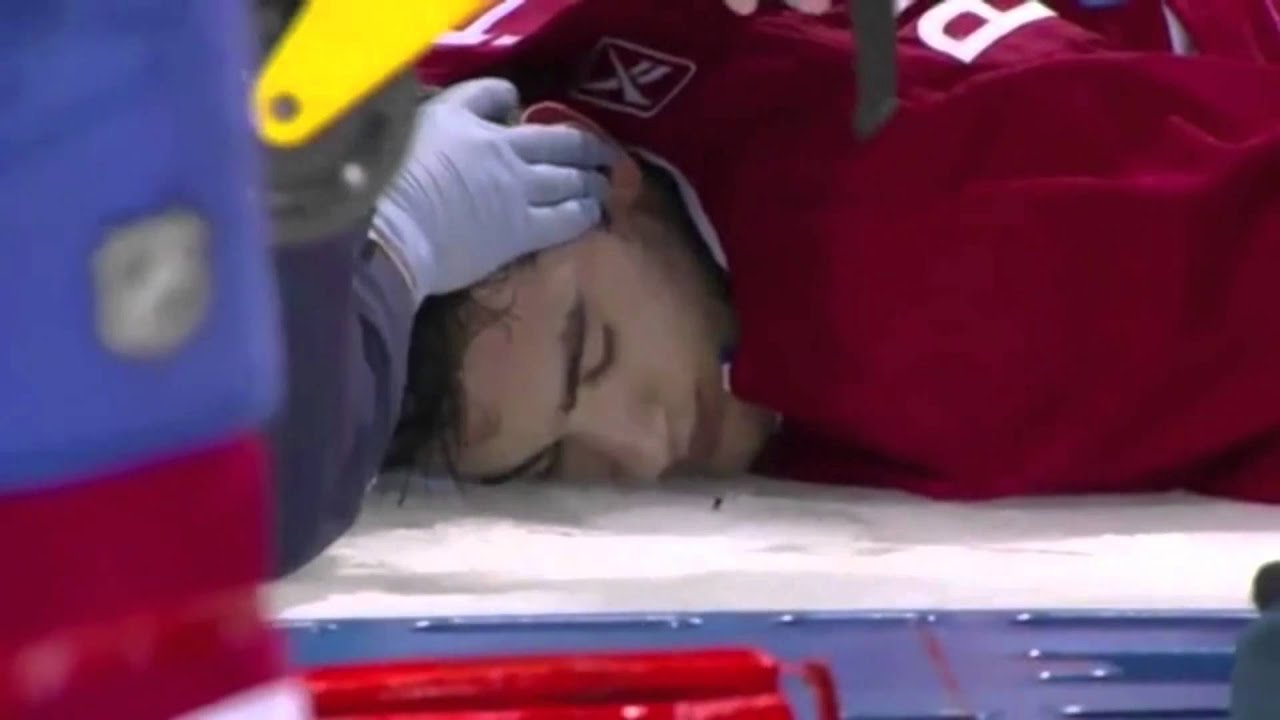 Another way you can classify a concussion is by declaring it a traumatic brain injury (TBI). Using this classification, one must determine the extent of the damage using the Glasgow Coma Scale (GCS), which is a scoring system that ranges from a low score of three to the highest score of 15. The GCS looks at eye opening, verbal response, and the patient’s best motor response.

Most concussions are defined as a “minor head injury,” meaning most people who are concussed receive a score between 13-15. A score of eight or less indicates a coma or a severe head injury. However, just because you score a 15 on the GCS does not mean you do not have a concussion. Let me explain.

The problem with concussions is that it is a head injury. What that means is that if you become concussed, most people may not know you even have one because most of the symptoms are hard to see. Another issue is

the symptoms one may show are specific to what area of the brain is affected. For example, if your frontal lobe is impacted (think right behind your forehead), some characteristics that might be different are your emotions, short term memory, and social functioning. If your occipital lobe (think back bottom part of your brain) is impacted, your vision might be thrown off.

However, general symptoms associated with a concussion are usually cognitive in nature. They include problems with attention, memory, concentration, confusion, disorientation, headache, and feeling “foggy.”

When an athlete receives a questionable high hit, it is paramount the athlete reports anything that might seem off or funny. It is also important that the athletic trainer (usually the first responder on the ice) has a good relationship with the player and can sense if something is not right with them.

The National Hockey League is doing a tremendous thing in having a spotter try to locate players who may have experienced a concussion. Athletes, especially at the professional level, are not going to want to come out of the game just because they feel a little foggy in the head. Having an objective spotter is not perfect, but will hopefully lead to more players being treated correctly with a suspected head injury.

Treatment is completely dependent on symptom resolution. Athletes will not be able to progress in their rehabilitation until they are completely symptom-free for a minimum of 24 hours. The Center for Disease Control and Prevention has a general return-to-play progression protocol one can follow.

Timetables for concussions are completely irrelevant. I cannot stress that enough. You cannot speed up the healing process by doing certain activities. In fact, the less you do, the better it will be. You should minimize your screen time, reading, light exposure, noise level, and cognitive activity as much as possible to allow your brain to rest and recover as quickly as it can.

Playing with a concussion is not a laughing manner. The story posted above about Preston Plevretes is real and can happen to anyone who returns to play too quickly after receiving a concussion. Our human brain is vulnerable and needs to be treated differently than a simple ankle sprain or anterior cruciate ligament (ACL) injury. Those injuries have a general progression that occurs in predictable stages. Unfortunately, the brain is not so predictable and can leave many feeling frustrated or angry.

Athletes are always going to be at risk for a concussion, no matter the sport. Yes, you can try to make helmets better, but the reality is every time you watch an NHL game, you most likely will see some sort of hit, stick, or puck to the head, all of which can cause someone to sustain a concussion.  Hopefully, this will help shed some light on the seriousness of what a concussion actually is and how it needs to be managed.