The Washington Capitals have nine healthy defensemen entering their final preseason game against the Carolina Hurricanes Sunday night. Russian born blue liner Dmitry Orlov will miss the start of the regular season due to a recovering broke wrist. Tom Wilson and enforcer Aaron Volpatti will also miss the Capitals home opener against the Montreal Canadiens. This isn’t a start they had hoped for regarding to health.

“The uncertainty surrounding Washington’s growing pool of nicked-up skaters will push Trotz and his coaching staff to Tuesday’s NHL roster submission deadline, by which the Capitals need to cut to 23. Trotz has expressed a desire to field only 22 for Thursday’s opener against Montreal, leaving one open space for someone who might be hurt but won’t need the week-long respite injured reserve demands.” –Alex Prewitt, Washington Post

The team currently has their top defensemen five set. John Carlson, Karl Alzner, Brooks Orpik, Matt Niskanen and Mike Green will all be there when Orlov returns barring more injuries. Green currently has an upper-body injury by Washington head coach Barry Trotz hopes he’ll be ready for the first game of the year, following a struggling 2013-14 campaign by the Capitals under Adam Oates where they missed the postseason.

“Until he says, ‘Coach, I’m 100 percent today,’ then I am worried, because he’s a pretty dynamic player to have on your team,” Trotz told the Washington Post regarding the longtime Capitals defenseman.

They are a few options that can steady the tide with Orlov out on defense. They won’t bring his power slap shot from the backend or his eccentric skating ability, but they can fill in and not be a complete setback. It speaks to the depth that former GM George McPhee and first-year Capitals GM Brian MacLellan established when they worked together.

Of the 2013-14 Capitals, eight defensemen played more than 400 minutes five-on-five last year and Eskine finished seventh last year with a 45.8 corsi percentage, according to Hockey Analysis. Only then rookie Connor Carrick was worse in that regard, sporting a 44.2 CF%.

That number shouldn’t be extremely alarming, because of Erskine’s style and his zone starts. He started in the offensive zone 28.5% of the time, second lowest for Capitals defensemen during five-on-five play last year. He’s not a strong skater and isn’t a guy you ask to organize a breakout and glide his way through the neutral zone with control of the puck. Considering his zone starts, allowing only 4.46 shots per sixty minutes was a surprising accomplishment for Erskine, lower than Mike Green and John Carlson last season. 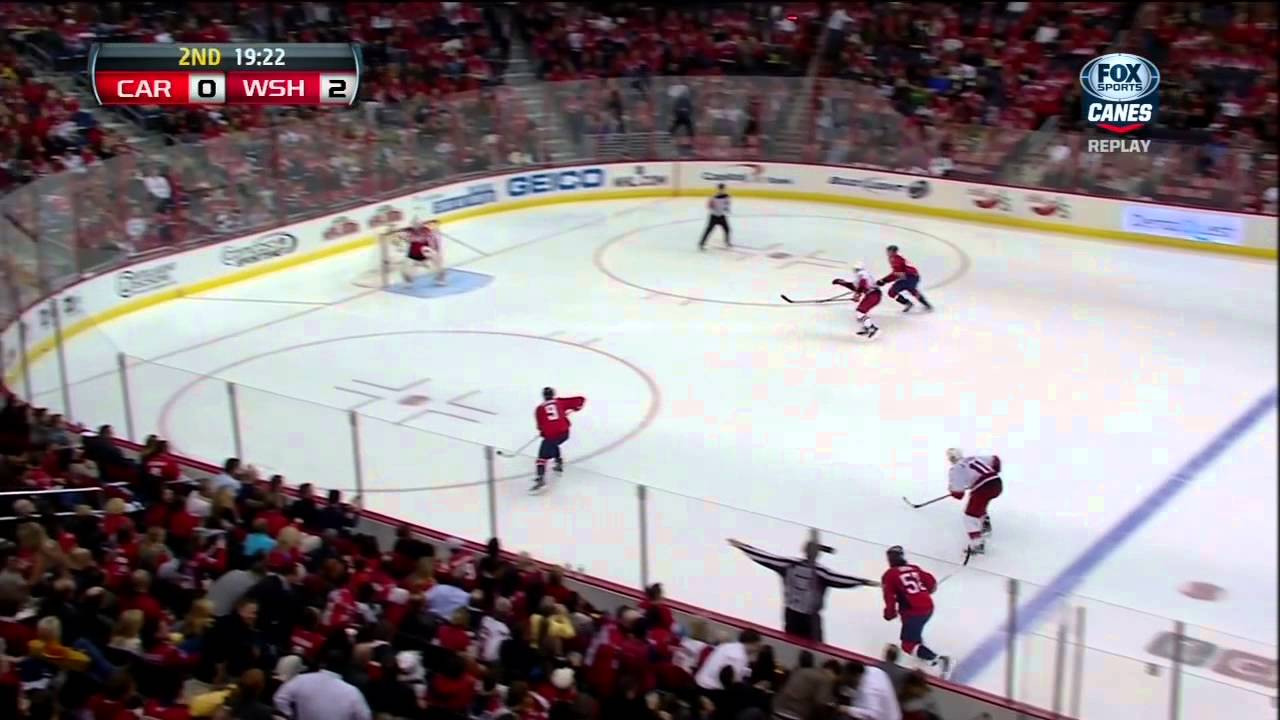 Over the past three seasons, Erskine hasn’t spent a substantial amount of time with any of his potential defense partners to begin the year. He won’t be paired with John Carlson (468:26 with Erskine from 2011-14) and Carrick (195:32) was sent to Hershey on October 2nd. Carrick and Erskine formed an anemic third defensive paring in the nation’s capital that wasn’t effective under Adam Oates.

Erskine is the most likely Capital to fill the role of the sixth defenseman until Orlov returns. He brings a left handed shot with the physicality only Brooks Orpik provides on the Washington blue line. He kills penalties and is able to take on minutes because of his experience in the league. This situation shouldn’t be a challenge for him.

A former Nashville Predators defenseman, Hillen has played in 36 games the past two seasons with Washington. He’s suffered injuries that have held him out of the lineup along with superior options on the blue line ahead of him. He recorded an assist last season, his first point since an assist in a Washington’s game against Winnipeg on April 23rd, 2013.

Hillen played 206:16 of five-on-five time last season, but struggled mightily. Noticed for his skating ability and simplistic game, Hillen posted a 42.9 corsi percentage with a 34.0 zone start percentage, not a good combination for a defenseman. Only Tyson Strachan had a worse CF% of Capitals defensemen who played more than 200 minutes of five-on-five play last season. When on the ice, the Capitals scored 22.2% of the goals. Sample size does play an effect there with Hillen’s numbers.

Hillen needs to stay healthy this year to remain an option for Washington and Erskine likely gets the nod above Hillen. His skating ability makes him attractive, but there’s probably not a future for Hillen in Washington beyond this season.

I talked to Oleksy following Hershey’s regular season finale against the Adirondack Phantoms, now termed the Lehigh Valley Phantoms. He was sent to the AHL in January last season, after 30 games played in Washington. Oleksy is a physical defenseman who lacks quickness which is detrimental for his opportunity for a regular role in the NHL.

“Obviously being up there (Washington) it’s a great experience, coming down here it’s an adjustment. I think it took me a little longer to adjust than I wanted it to. The people around me here are great and help me out a lot.” –Steve Oleksy

I believe Oleksy won’t make the Capitals opening night roster. Trotz has stated he wants 22 active players for their opening game, leaving them with two healthy scratches, a forward and a defenseman. He faces an uphill battle to return to the Capitals this season. Oleksy will have to clear waivers, but it shouldn’t be an issue.

The former Minnesota Gophers blue liner is ticketed for Hershey. He doesn’t require waivers to be allocated to the AHL, plus it’s a good scenario for his development as well. Playing every game in Hershey will give him the chance to work on his power play acumen along with his defensive skills. Schmidt posted solid numbers when paired with Mike Green last season on the Washington blue line and he could be a fixture for the Capitals on defense down the road.

Which of these four defensemen should Barry Trotz use opening night?

2 thoughts on “Washington Capitals: Filling Out the Defense”