At one time, the teams in Western Canada were the darlings of the NHL. Opponents have traveled through this unforgiving land of mountain and prairie without any guarantee of victory. Here was how the West was won, then lost.

Between the early 1980s to the early 1990s, the Smythe Division was the most feared division in the NHL. Any visiting team from either the Norris, Adams or Patrick Divisions used to be scared travelling through Alberta, where the league-dominant Edmonton Oilers and for a short time the Calgary Flames ruled the League with skill, determination and intimidation. 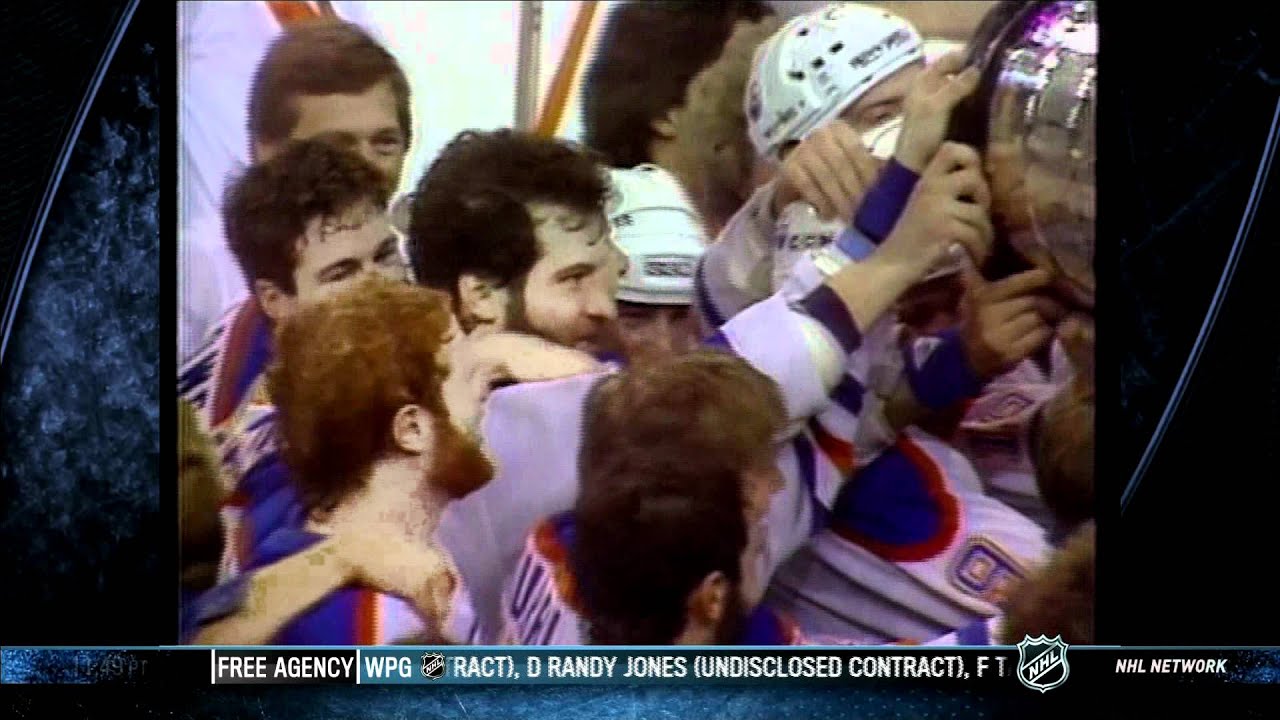 Edmonton provided the scoring firepower thanks to the likes of Wayne Gretzky, Mark Messier, Jari Kurri, Paul Coffey, Glenn Anderson and the supporting cast. After some great seasons that fell short in the playoffs, the Oilers finally claimed their first Stanley Cup in 1984, after only five seasons in the NHL. Between 1983 and 1990, the Oilers have been in the Cup Final seven times, winning five Cups. However, the day the unthinkable happened did on August 9, 1988, when Gretzky was sold by Peter Pocklington. It was the beginning of the end for the Oilers and its reign in the Smythe.

For the longest time, the Calgary Flames couldn’t live up to the billing that it’s northern rivals had. That was until Lanny McDonald was traded from the Colorado Rockies. From then on, the Flames started to roll against the Oilers and gain some respect. The Steve Smith own-goal in 1986 catapulted Calgary into the Cup Final only to lose to the Montreal Canadiens. They would have their revenge three years alter and win the Cup on Lanny’s final game. Since then, the Flames had been playing less than mediocre, losing in the first round in 1990, 1991 and 1993.

The Vancouver Canucks had moderate success, but were always playing second fiddle to the twin Alberta juggernauts. Had it not been for the Los Angeles Kings dethroning the Oilers via the Miracle on Manchester, the Canucks wouldn’t have enjoyed their thrill ride to the 1982 Stanley Cup Final. But it wasn’t until Pat Quinn entered the picture in the late 1980s that the Canucks became a legitimate contender, acquiring some fine talent in Greg Adams, Kirk McLean, Trevor Linden and Pavel Bure. Vancouver finally found success in the Smythe Division’s last two seasons by clinching first. They haven’t captured first place since the first Smythe season in 1974-75.

As for the first Winnipeg Jets, their transition into the NHL from the WHA had been anything but smooth. One bright spot was the drafting of Dale Hawerchuk, who proved to be a leader both on and off the ice. But like the other non-Alberta clubs, the most that the Jets could accomplish was reaching second place in 1984-85. They’ve never defeated the Oilers in an playoff series, and defeated Calgary only once. It wasn’t until 1993 that another rookie, a young Finn named Teemu Selanne, captured the hearts of Winnipeg by being the top rookie to not only surpass Mike Bossy’s rookie season goal scoring record, but setting a new standard of goal scoring at 76.

Since the last Smythe Division of 1992-93, there hasn’t been much to celebrate out in Western Canada. Here’s why:

It’s been over twenty years since the last Smythe Division. The NHL has completely changed with more franchises teams, more coverage in the United States which brings ultimately, more dollars to the game. Gary Bettman’s formula for success has become a disenfranchising issue for many Western Canadians since he started as League Commissioner.

For starters, Phoenix has never been a hockey hotbed and even after the NHL salvaged much of the franchise from bankruptcy protection, other teams like the Dallas Stars or the Nashville Predators are still facing financial troubles of their own. As far as Bettman’s expansion was concerned, the results continue to be a mixed bag.

The dominant region in the Western Conference today has to be the American West Coast. Anaheim, Los Angeles, and San Jose have certainly benefited from Bettman’s strategy. The Ducks were able to win the Cup in 2007, LA did it in 2012, and it’s only a matter of time before San Jose gets its turn to win a championship.

Where Does That Leave Western Canada?

Not much glimmer of hope here. Anaheim, LA and San Jose sit 1,2,3 in the Pacific Division. Winnipeg, Calgary and Edmonton are 6, 7 and 8 in the wild card ranking. Vancouver is struggling to stay in the 2nd wild card spot which is good enough to sit 8th in the Conference for now.

The Canucks appear to be heading on the downward slide, having dealt with questionable player movements (Cody Hodgson and Cory Schneider), and non-movements in the case of Roberto Luongo. With John Tortorella suspended recently, it’ll be difficult for Vancouver to maintain that wild card spot if the slide continues.

As for Edmonton and Calgary, they’re both sitting second to dead & dead last in the Western Conference. Edmonton fans have been so frustrated that a couple of Oiler jerseys have been thrown on the ice, and many fans have demanded the firing of President of Hockey Operations Kevin Lowe who was once one of the Oiler heroes from the days of past glory. With the loss of Miikka Kiprusoff to retirement last season, the Flames have a hole in goaltending. And with the sudden firing of former GM Jay Feaster, the Flames are once again reeling for another season outside of the playoff picture.

But there is one bright story out in the frozen prairie landscape. The Winnipeg Jets have returned, thanks for Atlanta’s withdrawal from the Thrasher franchise, and are rapidly regaining steam in Manitoba. Despite recent coaching changes that have appeared to be turning around their lowly fortunes, the Jets will have a fight on their hands in an attempt to make the playoffs. If they don’t succeed, it’ll be the third straight year that the new Jets remain on the outside looking in.